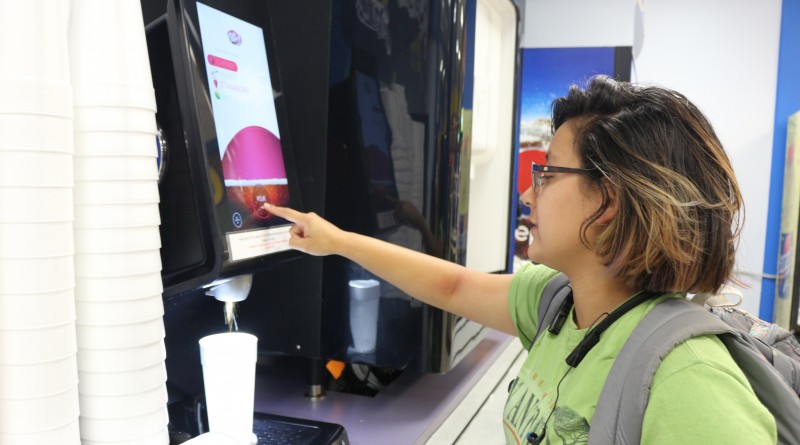 The machines, as well as the new decor, are part of a more than half-million-dollar deal Del Mar College signed with Pepsi Cola Co. and Sunrise Vending. The deal runs through April 30, 2019.

David Dávila, director of purchasing for DMC, said deal differs from previous ones by having more exclusivity.

“We looked at all the offers we had and found that Pepsi would be the most beneficial for the campus,” Dávila said.

The money from the deal will go toward a variety of areas at the college, including sponsorships, advertising and new machines.

Leon Rodriguez, food services manager for Campus Dining, says he is looking forward to the deal.

“I’m optimistic that the deal will be a good thing,” Rodriguez said. “We are going to get new machines and new signs, courtesy of Pepsi. They will also be helping out with student appreciation events planned in the upcoming semesters.”

This deal will also bring things other than Pepsi to DMC, including scholarships and advertising. Dávila said some of the money from the deal will go into scholarships for students and that Pepsi and Del Mar will help advertise for each other.

Blanca Canales, who was on the committee that discussed the deal, reiterated that the deal ”will be a good thing for everyone, and will have lots of benefits for students and Del Mar.”

While Coke lovers may find it harder to quench their thirst, nursing major Julianne Olivo, who loves Pepsi, said she was excited about the change.

“I love it! If you are going to get scholarships or new materials out of it, then of course it’ll be a good thing,” Olivo said. ”In fact, now that you say that I’m going to go get a Pepsi right now.”