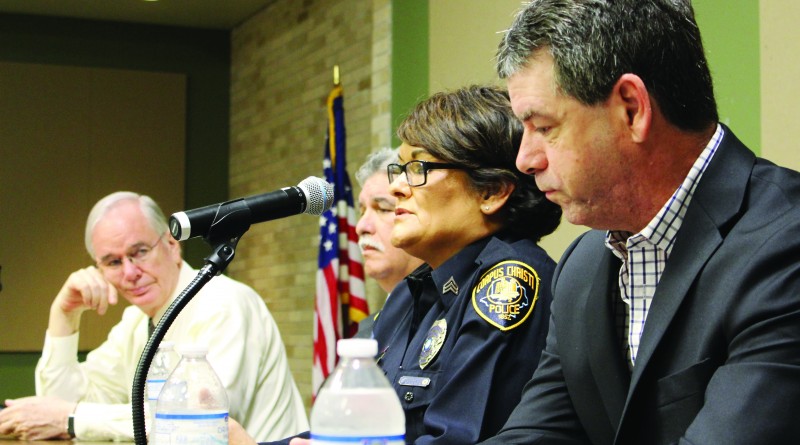 Randy Paige wants to make sure nobody else has to go through the pain he endured.

Paige, with the Corpus Christi Fire Department, spoke at the Suicide Prevention Symposium of the Coastal Bend, telling of his son’s battle with depression.

“Our son was depressed for a year. He went to counseling and they said he wasn’t suicidal, then nine months later he committed suicide,” Paige said.

Paige was joined at the third annual event, held Sept. 15 in Del Mar College’s Retama Room, by other guest speakers that included medical professionals and first responders. The theme for this year’s event was the semicolon tattoo, which signifies people who have thought about or tried committing suicide but decided to keep moving forward in their life.

Dr. John Allen, with Baylor University, said there are more than 1,200 ways to treat someone with depression or suicidal thoughts, but stressed that the most important thing is simply building a relationship with the person.

Del Mar itself has the Counseling Center to help any students struggling emotionally. To make an appointment, call 361-698-1586 or email dmccounseling@delmar.edu.