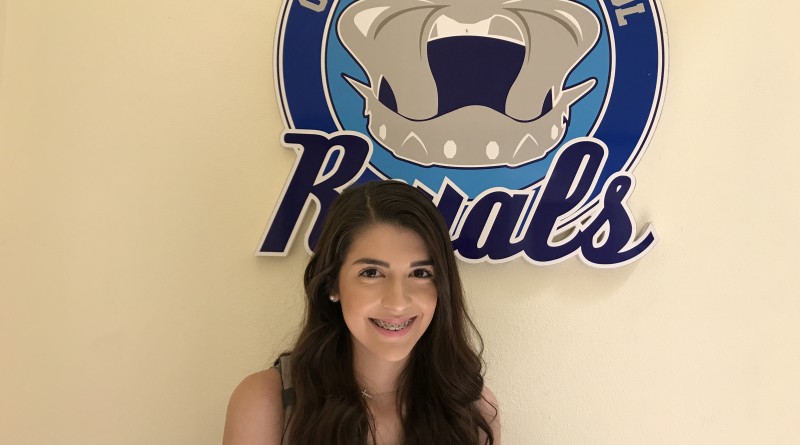 “After looking at pictures and videos of the damage Harvey did, I was completely devastated,” Carrillo said. “My heart was broken into a million pieces. Seeing people left with nothing really affected me. Nobody deserves to have everything taken from them by a natural disaster.”

Carrillo created the shirts on customink.com, which allows people to raise money for a certain charity. Seeing several donations happening, Carrillo wanted something different, something eye-catching for a younger audience.

The Houston Flood Relief Fund supports Houston and several other South Texas cities that were affected by the storm, such as Rockport. Carrillo’s main priority was to help others, especially those in Rockport who live close to her hometown, Corpus Christi.

Carrillo comes from a strong religious background and on the back of the “Texas Strong” shirts appears the Bible verse Isaiah 43:1-3.

“I wanted people to know that no matter what happens God is still there for them. He is especially close to the brokenhearted,” she said. “I wanted people who felt like they no longer had any hope to be comforted by this verse.”

Alexandra Romeros, a physics teacher at Collegiate High School, donated and supported the fund but was very impressed with the leadership her past student has taken in helping victims of the storm.

“I was really proud of her. It was super selfless of her to be able to do that for people in time of need, especially Texans,” Romeros said.

A Collegiate High School student, Carolyn Robles, donated to the fund because she was fortunate enough to have shelter.

“I donated towards Rockport and Houston because I felt us, in Corpus Christi, are very blessed to have not been hit so badly. They really deserve it,” Robles said when talking about cities that were impacted badly by Harvey.

In just two weeks, the Collegiate senior and supporters for her T-shirt designs raised $670 for the Houston Flood Relief Fund.

On showcasing the fund, Carrillo was eager to help those in need, saying she was fortunate enough to use what she had for the greater good.

“I am glad I can help and am glad to see all of the love and support Texans are giving to other Texans,” she said.