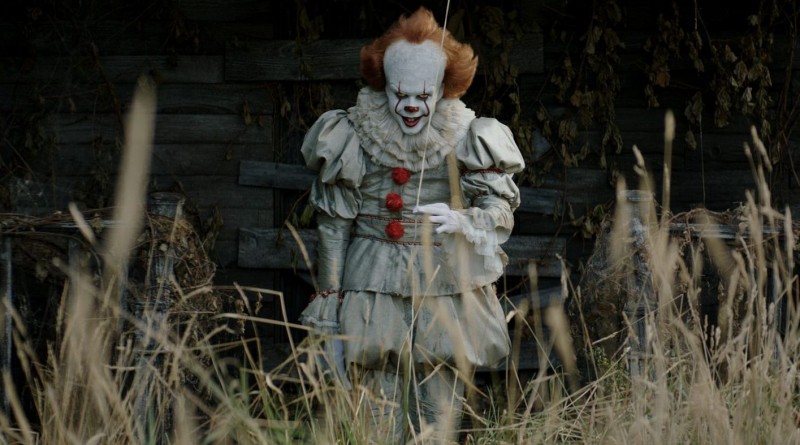 Stephen King’s ‘IT’ gets a horrifying, bloody remake

Bill Skarsgard plays a horrifying Pennywise in the new remake of the 1990 TV mini-series “IT,” based on the Stephen King novel published in 1986. The movie has already become the second largest grossing horror film in the box office history, behind the 1973 classic “The Exorcist.”

Director Andy Muschietti gives fans the horror that was censored in the TV mini-series. “IT” is about a group of pre-teens coming together in the so-called “losers club” to fight a common enemy that just happens to be a shape-shifting demon named Pennywise the Dancing Clown, who has come back every 27 to 28 years since 1930.

Giving a hats off to the original, Muschietti opens up the film with Bill Denbrough (Jaeden Lieberher) making Georgie Denbrough (Jackson Robert Scott) his paper boat. While the score in the background keeps you in suspense of a scare, it leads off into the classic sewer scene where Georgie meets his demise.

Georgie shows the audience how his gullibility leads him to getting his arm ripped off and dragged into the sewer drain as he tries to escape, which fulfills those dreams of novel fans. As we move on to the introduction, the movie takes you through the barrons where Pennywise takes the children to eat them (with the ire sound of children singing in the background), and winds back, doing a full 360 by the end of the movie.

Giving us a sneak at the beginning of the losers club, Eddie (Jack Dylan Grazer), Stanley (Wyatt Oleff) and Richie (Finn Wolfhard) meet up with Bill in the hallway of school. With a bit of vulgarity that I would deem to be unfit for pre-teen kids, they discuss Stanley’s upcoming bar mitzvah. Bev (Sophia Lillis) and “New Kid” Ben (Jeremy Ray Taylor) meet the gang later in the film when running from Henry Bowers (Nicholas Hamilton), who had just finished cutting the letter H into Ben. The gang seeks out and hunts down the clown along with town outsider Mike (Chosen Jacobs). These kids each have their own fear playing out in front of them, as well as some slightly creepy subliminal messaging playing in the background before their encounters.

The new scenes are bloodier, creepier and give you the scare that the novel sets the tone for. The movie ends on a blood pact the group makes — that if Pennywise returns, they would too.

As a big fan of the original I had to go see this movie not once but twice to assure myself that I wasn’t over-selling it because of all the hype. After the second view, I am just as excited as my 10-year-old daughter was with her red balloon on hand at her first viewing.

With this just being Chapter One, I look forward to the next and how it is going to play out when they meet up again as adults. Keep doing what you’re doing Muschietti, and “beep, beep Richie!”