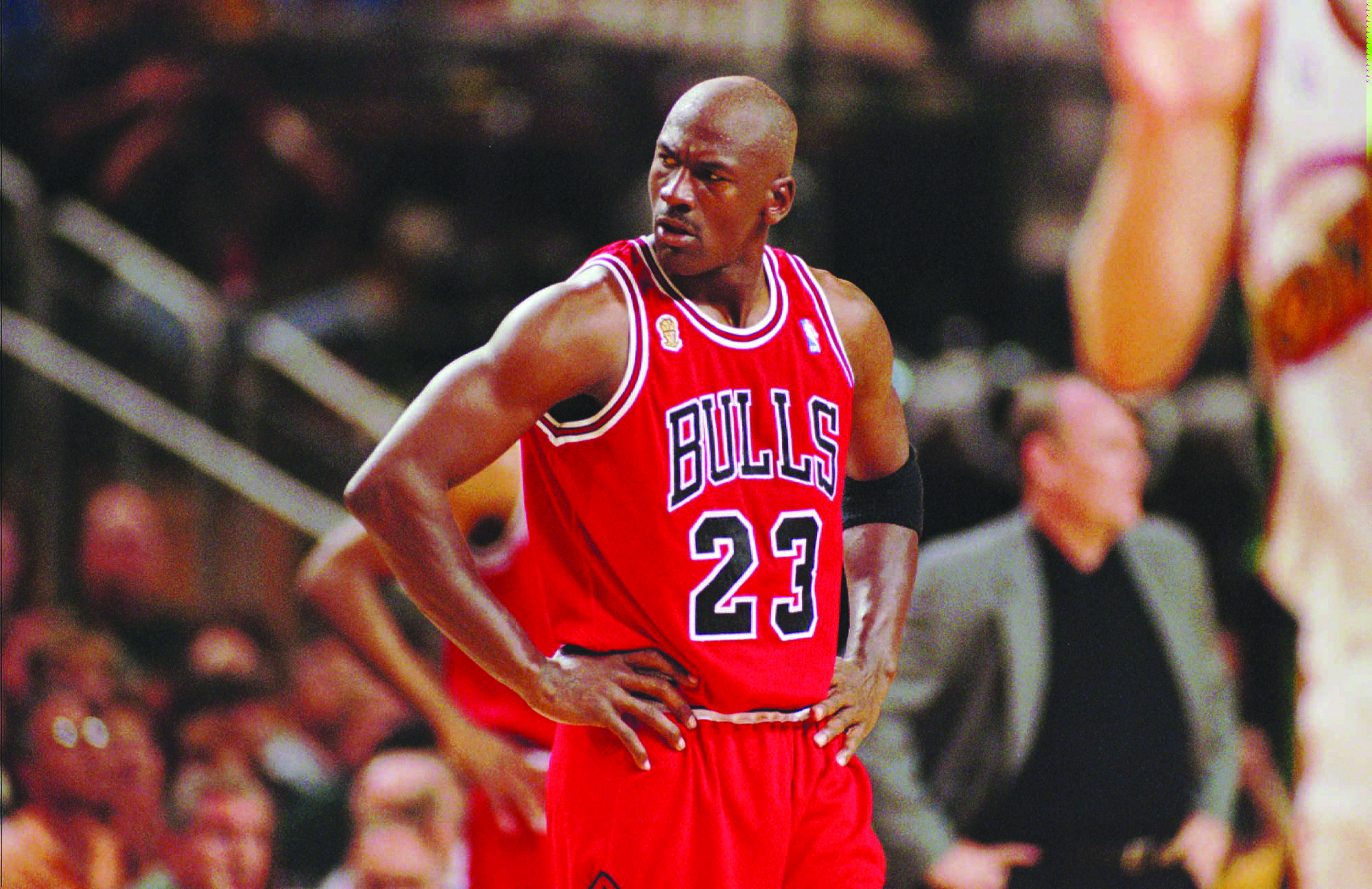 Chicago Bulls' Michael Jordan pauses in the third quarter in Game 5 of the NBA Finals against the Seattle SuperSonics Friday, June 14, 1996 in Seattle. The Sonics beat the Bulls, 89-78. (AP Photo/Beth A. Keiser)

“Michael Jordan The Life” may be one of the most interesting and in-depth biographies ever written. Author Roland Lazenby goes to great lengths to be as detailed and thorough as possible. This isn’t just a book about Michael Jordan’s stats or accomplishments, because you don’t even have to know basketball to know that Jordan is widely regarded as the greatest to ever play the game of basketball. This book takes a look at the making of Jordan and offers readers a look into why Jordan is who he is. You get a look into the psyche of Jordan, the intense competitive fire that burned within him.

The book begins by talking about Jordan’s ancestors from North Carolina during the days of slavery. The Jordans were hard-working, blue-collar people who never had anything given to them. I felt like maybe that was overkill at the beginning, but Lazenby does mention Jordan’s ancestors throughout the book, and it also shows the great lengths Lazenby went to writing this book. The blue-collar nature of the Jordans isn’t well known now because of the heights Jordan literally and figuratively soared to throughout his career. To know why Jordan was so great, you had to go back to his roots and see the genetic makeup that Jordan had.

Jordan is known for his iconic moments and his overall dominance of basketball during the 1990s, but one thing Lazenby did a great job of in this book is going into Jordan’s psyche — what makes him tick.

Jordan is a hyper-competitive individual who had to win at everything he did. Lazenby highlights specific moments in Jordan’s career where he would challenge his teammates in an effort to try to make them better, especially after a playoff loss to the Detroit Pistons in 1990 where he felt like not everyone on the team shared his will to win. He made sure that was never the case again.

The psyche of Jordan is so important because it’s often a side of him that goes untold because it can be ugly at times. Jordan’s competitiveness did get him in trouble with gambling because even after he lost, he always thought he was going to win the next card game, or next round of golf.

“Michael Jordan The Life” is a book that I would recommend to anybody whether you follow sports or are just looking for a good book to read. Lazenby did a fantastic job of making readers feel as if they were a part of Jordan’s career throughout the book. You feel like you’re part of the moment when reading this book. “Michael Jordan The Life” gives you a look like none other into the life of the greatest athlete the world has ever seen.