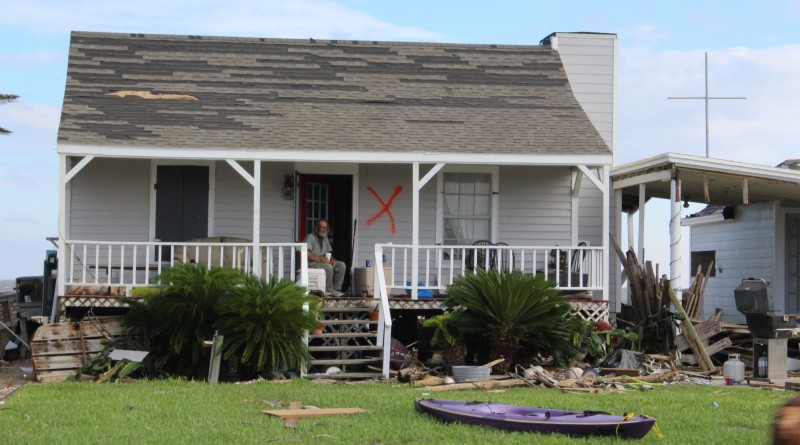 When Del Mar student Crystal Arocha heard the Red Cross was offering $400 in assistance for Harvey victims, she hoped it would help her return to normal.

Arocha, who works at a preschool in Rockport, won’t be able to return to work until late October because of damages.

Many people face a similar situation. Unfortunately for Arocha and several like her, her request was denied and she must now appeal the decision.

“I appealed and got denied for the second time. Now I’m just in an appealing battle with them,” Arocha said.

The Red Cross said people are being denied for three primary reasons.

“They didn’t meet the eligibility criteria, submitted information that was duplicative to other applications or they were unable to verify their identity,” said Jim Burns, a Red Cross spokesman who traveled to Texas from Northern California.

Burns urged anyone applying to make sure to double-check that everything is correct, including address. The application for the $400 is fairly simple — fill in the information and answer three questions.

According to Burns, people will receive a reply telling them they are in the system and do not need to reapply. If people are denied but believe they qualify for the assistance, follow the appeal instructions that are at the bottom of the email or text message.

Burns also encourages people to appeal the decision because “we want to make sure that we get the assistance to as many people as possible,” he said.

“I was very upset because I’m a victim of this natural disaster and it’s stressing to live under these conditions with a child that needs food, clothing and an actual roof for him that wasn’t affected,” Cortez said.

Applications for Red Cross assistance will be accepted through Oct. 10. Visit redcross.org to file an online application.

While many families fight to get aid from either Red Cross or FEMA, for Del Mar College student James McDonnel, this is an extra motivator to finish school.

“Coming to Del Mar College clears my mind away from cleaning and rebuilding. I want to finish school and not be pushed back another semester because of a storm,” McDonnel said.

Arocha, Cortez and McDonnel may have been denied government aid, but they received aid from their communities.

“We had no government help after being denied from FEMA and the Red Cross. All the help we got were from our family and our church. It would have helped a lot to get the aid so we can focus on what needs to be fixed and not the financials. I’m currently in the process of filling out the application for the Harvey Student Emergency fund from the Del Mar Foundation,” McDonnel said.

Del Mar students can still apply for the Harvey Student Emergency Assistance Fund. Students can access the application online, and it must be turned in with proof of enrollment and supporting documentation at the Foundation office at the Center for Economic Development. This funds do not have to be repaid.