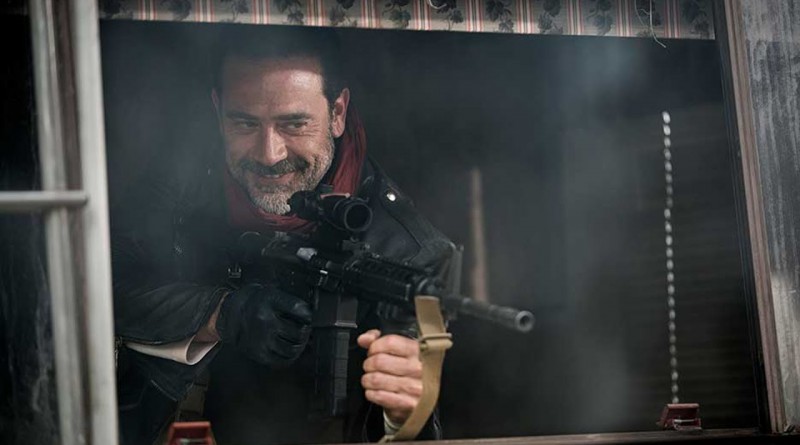 Season 8 of “The Walking Dead” is here as Rick and his group battle Negan and the Saviors in the all-out war.

This season so far has seen a vast pickup in tempo from last season with all its useless talking, King Ezekiel speaking like Shakespeare and Daryl Dixon being put in a holding cell for who knows how long. The season premiere got right into the all-out war and it is pure unabashed action from the start.

In this episode and the one to follow the Saviors will have to prove mightily that they indeed are Negan. Rick’s group uses a herd of walkers to topple the Sanctuary.

In an initial rallying speech given by Rick, he tells his army that the world now belongs to them and any of the murderers on the Savior’s side will be killed.

The entire episode is a shootout to the end even with Negan coming out and walking with an air of pretension as he always does. At the end of the array of bullets, Father Gabriel even has to prove his mentality of selfless sacrifice and what follows will leave you in suspense.

The viewers even get a glimpse into the future, assumingly after the bloody war is finished.

In episode two, “The Damned,” the action continues as Rick and his various factions attack outposts held by the Saviors.

And, by the way, Rick meets a familiar face who fans have not seen since Season 1. On top of all the violence and the mental gymnastics given to viewers in these episodes Rick gets a little reminder of fatherhood and confronts what he has become.

One of the improvements this season is the pace. Robert Kirkman and team have come out of the gates on a roll.

I also like many of the characters on “The Walking Dead” because I’ve been engaged in the show from the beginning.

Andrew Lincoln as Rick Grimes has always had me sold. Rick has endured more trials and pain than anyone else on the show in his evolution.

I love Daryl Dixon, played by Norman Reedus, because once upon a time fans of the show used to hate him. He’s really come so far after losing his brother and earning Rick’s friendship and trust.

Carol (Melissa McBride) has also come down a long and narrow road. She’s been transformed from a timid woman who would regularly get beat by her husband into a warrior.

Negan, played by Jeffrey Dean Morgan, really hits a homerun for me. I’m really engaged with a character like Negan because he’s one of those villains with his own morality and he really believes in what he’s doing.

The people in The Walking Dead fighting for survival are the walking dead, not the zombies. As Kirkman, Greg Nicotero, and team keep serving up the fast paced episodes with cohesive elements all their own, we will find out who the world really belongs to at the end of this season.

You can catch new episodes of the Walking Dead at 8 p.m. Sundays on AMC.