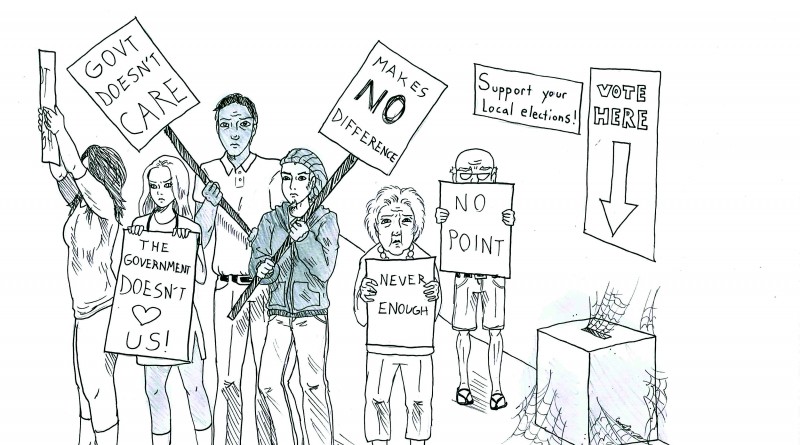 Voting is a fundamental right of being an American, one that Texans will be able to partake in Nov. 7 in a constitutional amendment election. That is, if you knew it was happening.

While more than half of the state voting doesn’t seem too bad, the real problem comes during off-year elections where there is no presidential election. During the 2014 midterm elections, the voting rate in Texas was around 35 percent. This drop is not uncommon, but there shouldn’t be a drop at all.

This election includes seven Texas constitutional amendments. Out of the seven amendments, two will help a lot of people who deserve it.

State of Texas Proposition No. 1 could offer a homestead tax exemption for partially disabled veterans or the surviving spouse if they receive a charitable donation for less than the market value of the homestead.

State of Texas Proposition No. 6 could offer a homestead tax exemption for surviving spouses of first responders who are are killed or fatally injured in the line of duty.

Both of these amendments will help two groups of people who have dedicated their lives to helping America and American citizens. However, these two amendments will only be passed if they are voted in.

As of Nov. 1, only 2,191 people locally had taken part in early voting. This number amounts to only 1.11 percent of the eligible population in Nueces County.

The League of Women Voters of Texas gives a good nonpartisan look at the amendments and gives pros and cons for all of the amendments. They also do candidate profiles during each election in Texas.

People love to talk and talk about what the founding fathers did and what they fought for. Voting is one of those things they fought for, as they had no real representation in the British Empire at the time, and yet many people treat voting as something that’s pointless.