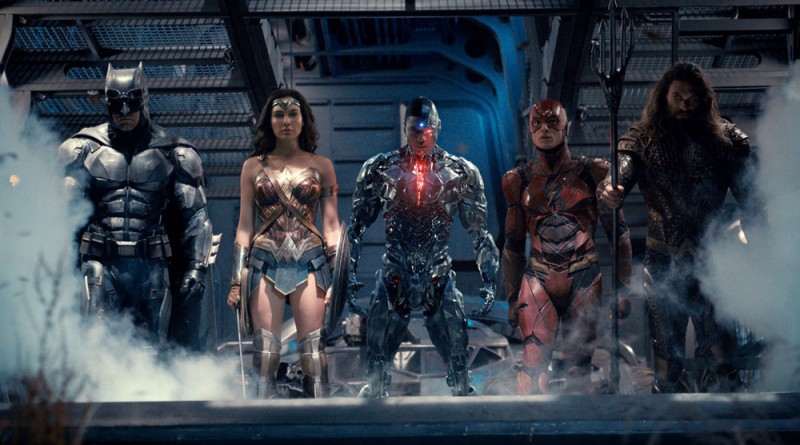 DC Comics’ band of heroes finally assembles on the big screen after years of anticipation in “Justice League.” The film has been in development since 2007 but has gone through major production issues, and it wasn’t until the success of “Man of Steel” that the film saw light with the DC Extended Universe.

Zack Snyder directed the film but had to step down in the post-production phase because of a tragedy in his family, and Joss Whedon stepped in. After undergoing many reshoots and cuts, this movie manages to be an entertaining ride despite its flaws.

Following the death of Superman (Henry Cavill), the world begins to mourn the loss of him leaving the world with lost hope. Things take a turn for the worst when Steppenwolf (Ciaran Hinds) and his army of Parademons search for three Mother Boxes held on Earth to conquer all mankind. Without Superman, Bruce Wayne (Ben Affleck) and Diana Prince (Gal Gadot), look to assemble a team that consists of a human cybernetically reconstructed (Ray Fisher), a man who can run at superhuman speeds (Ezra Miller) and a heir to the throne of Atlantis (Jason Momoa).

Right off the bat, The Justice League themselves are what make this movie fun as when they band together on screen, it’s hard not to be entertained by the action sequences and their back and forth with one another. It’s the least “Zack Snyderized” film he has done, although he still uses his signature slow-motion techniques with the action sequences, which is what he does best.

Miller’s portrayal as The Flash is excellent as he pulls off the humor of the character and makes it his own. Momoa’s portrayal of Aquaman does what Chris Hemsworth did for Thor, which is make a cheesy superhero look awesome on the big screen. He is the “bad boy” of the film and adds charisma to the role and steals the show making fans look forward to his standalone movie in 2018.

The special effects are good with Cyborg making the audience believe that Fisher is actually a robot. But some effects could have used a final rendering. The flaw of this film is the mandate put out by Warner Bros. to make this film two hours with two post-credit scenes. Certain scenes happen in the film that make you feel like you missed something on a previous film or they expect you to know why these events are happening.

The film’s villain is OK at best, as he is just your “With this power, I shall conquer the Earth” feel and serves as one of the bosses in a video game you have to defeat before getting to the final boss. Some of the special effects could have used some more polishing up but despite these flaws, the film succeeds at being an entertaining one.

Although “Justice League” might not be perfect, it is definitely no “Batman and Robin” as it still manages to be an entertaining thrill ride with great action sequences and chemistry between these characters. After a rough start, it seems that the DCEU is headed in the right direction from here.