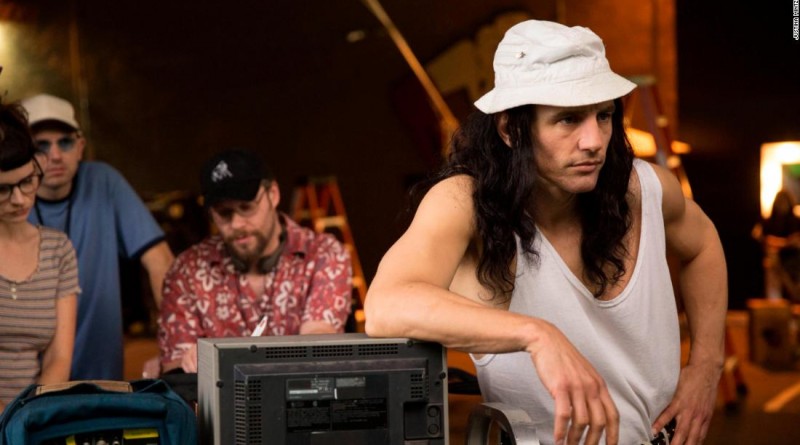 “The Disaster Artist” is a personal chronicle of happy-go-lucky experimentalist actor Tommy Wiseau and his yearning for big Hollywood dreams on his pathway to making the cult classic widely regarded as the best worst movie, “The Room.”

This is a directorial masterpiece put forth by James Franco, who plays Wiseau. His younger brother, Dave, plays Tommy’s best friend, Greg Sestero.

The film is based on the nonfiction memoir of the same name penned by Greg Sestero and Tom Bissel.

“The Room” became a classic cult film and found love and adoration when it wasn’t looking.

“The Disaster Artist” features a beautiful alliance between Wiseau and Sestero.

Tommy’s own crew, while making “The Room,” repeatedly make fun of him and say he’s weird.

It is a great story of how difficult it really is to be in the culture of Hollywood and make it.

This was a perfect time for the Franco brothers to come together and make film magic on the screen. Their bond as brothers was necessary in the film and it’s almost their story as much as it belongs to Wiseau.

James Franco is a very accomplished individual so for him to want to make this movie after reading the memoir makes sense. He’s a painter and has a master’s degree in filmmaking from New York University. He brings this very accomplished mindset to his film.

Dave Franco is equally outstanding as Greg Sestero. The Franco brother chemistry is a thing of beauty to watch unfold.

Other acting credits include Seth Rogen as script supervisor Sandy Schklair. Rogen, alongside James Franco and Evan Goldberg, served as producer on “The Disaster Artist.”

Rogen was immensely hilarious in the film as you may remember him from films like “Superbad” or “Funny People.”

Wiseau has always been a lonely man of mystery probably from Eastern Europe or somewhere because he has a very strong accent.

He stayed true to his dream of making “The Room” even after getting rejected repeatedly by Hollywood. No one has ever found out where he got the money to finance the film project.

James Franco nailed every line, every deposition, and every inflection when portraying Wiseau in “The Disaster Artist.”

Wiseau is the deathless dreamer who never quit chasing his dreams and proved all of Hollywood wrong. Lonely may he have been and mocked and scorned, his love of filmmaking empowered him. Nothing or no one ever stopped him from making his dream a reality.

James Franco is Tommy Wiseau “The Disaster Artist” in one of the must see films of the year.