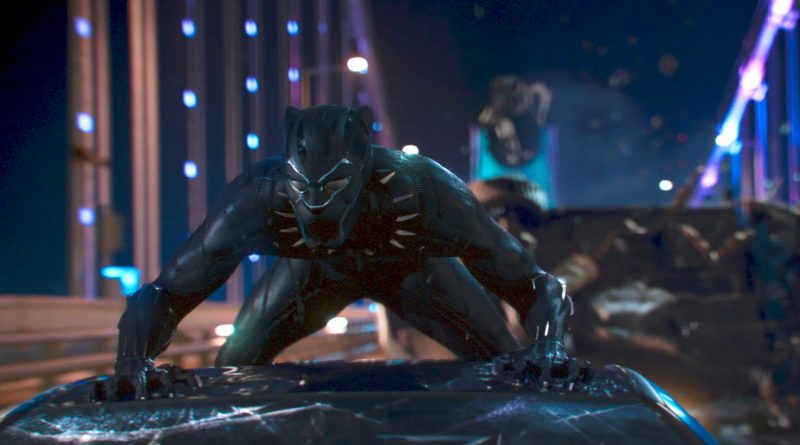 Chadwick Boseman returns as T’Challa, also known as the titular hero, after leaving a strong first impression in “Captain America: Civil War.” In addition to garnering anticipation, this film is the first in the MCU to feature a predominately black cast. With “Avengers: Infinity War” around the corner, this could have easily just been a buildup for that film in May. Fortunately, it doesn’t go that route.

T’Challa returns to Wakanda to take the throne after his father was killed in a bombing in Vienna. When Erik Killmonger (Michael B. Jordan) resurfaces, T’Challa’s title as king and the Black Panther is challenged and puts him in a situation where the fate of Wakanda and the world is at risk. T’Challa must balance his responsibilities of being a king while balancing being the Black Panther with the aid of his allies.

Coogler, who is known for directing “Fruitvale Station” and “Creed,” has crafted a film in which the world is stunning. From the sights and the technologies of Wakanda, the look of this movie is gorgeous and Coogler succeeds in creating a world for audiences to get drawn into. Boseman once again proves he is fit to portray the Black Panther but the supporting cast is also strong too.

“The Walking Dead” star Danai Gurira portrays Okoye, a Wakandan general to the king, and proves she is not just a one-hit wonder. Her character is tough as nails, great in combat and willing to protect her country and the throne at any costs. The action sequences are excellently filmed and entertaining to watch as well, including a secret nightclub fight that leads into a thrilling car chase.

One thing Marvel has struggled with its films despite them being entertaining is its villains. Each foe usually follows its “I want to take over the world” mentality and usually is an excuse for the hero to put him/her in their place. But Jordan’s portrayal of Killmonger breaks the mold and manages to be a strong and compelling villain. There is a vital story part of why he’s the way he is that is a plot twist, and it makes the audience understand why he’s doing the things he did. The best villains are the ones where you can fully understand the purpose behind their motivations, and Jordan does exactly that.

“Black Panther” manages to stand on its own in the MCU, making this a welcome addition in this now ever growing cinematic universe that will have you saying “Wakanda forever!” And of course, as a reminder, since it’s a Marvel film, don’t leave when the credits start rolling.