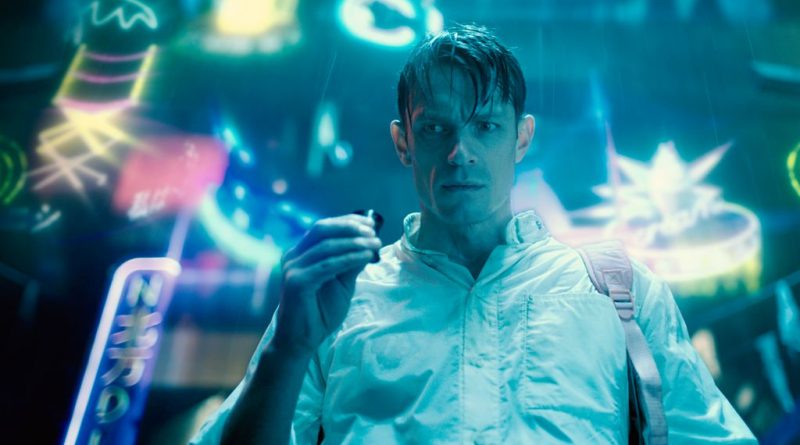 “Altered Carbon,” an American science-fiction television series streaming on Netflix, was created by Laeta Kalogridis and is based on the novel of the same name by Richard K. Morgan. The series stars Joel Kinnaman, James Purefoy and Martha Higareda.

In the year 2384, humanity has learned to copy a person’s memories into a removable device in their spines. Using this technology, humanity has effectively become immortal. As long as this device is intact, they can be put into a new body. Takeshi Kovacs (Joel Kinnaman) is a political operative who wakes up 250 years after his last body was terminated and his memories put on ice as a prison sentence. He is given the choice to either remain imprisoned or solve the murder of Laurens Bancroft (James Purefory), a wealthy man who doesn’t have memory of who killed his last body. Kovacs accepts the job and begins his investigation.

“Altered Carbon” is a promising new Netflix series with just enough intrigue and action to keep viewers interested. The state of the world is not readily apparent and the viewer is eased into the state of things, as is Kovacs, who wakes up in a world he doesn’t recognize. The action shots are done in a way that ensure viewers understand what is happening. The interactions of the characters serve to drive the plot in an effective way. However, while the plot is well done, some viewers may be sensitive to the graphic violence and depictions of nudity.

“Altered Carbon” is a very interesting watch for science fiction fans. If viewers are OK with the violence and nudity that permeates every episode, they will be pleased with this show.