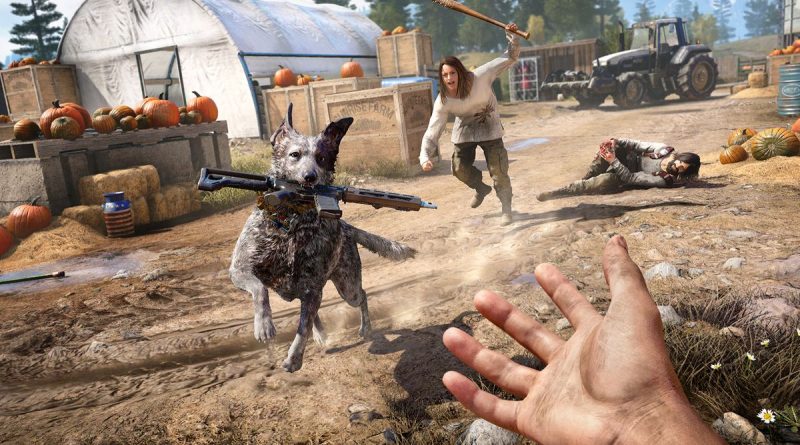 Ubisoft takes its famous open-world first-person shooter to the lands of Montana to face off against a doomsday cult in “Far Cry 5.”

The series has always been known for its unique take on the genre by having each entry have its own storyline while pushing the envelope each time. When the fifth entry was announced, the story of the game spurred a huge controversy as it focused on an extremist doomsday cult that are Christian Americans and called for the villains of the game to be changed to Islamic terrorists. This latest installment manages to rise above its controversy, offering an entertaining title.

The game centers around a custom-made protagonist named “The Deputy” and his team going to Hope County, Montana, to bring in preacher Joseph Seed after taking over the town with his cult Project at Eden’s Gate. Things go south as Seed’s followers prevent them from taking in their pastor and The Deputy’s team is captured by the cult. Alongside some allies fighting against Eden’s Gate, The Deputy must fight to take back Hope County and bring down Seed along with his brother John, Jacob and sister Faith to put an end to this crazed cult.

The gameplay is a ton of fun as once again Ubisoft proves with this series it knows how to do a first-person shooter right. Each gun feels right and whether you’re using a pistol, crossbow or a rifle it’s suited to each gamer’s play style. You can also customize your weapons, putting special attachments and even decals on your rifle. The open world looks beautiful as you take in the scenery of Montana to its mountains, farmlands and the woods.

Leveling up your character has changed this time around as you have to earn “perk points” by completing certain challenges to upgrade your character’s abilities, encouraging the player to seek out these challenges. A new feature added also is the “Guns/Fangs for hire,” which you come across in the game by rescuing hostages and even dogs. The one you will use most is a dog named Boomer, who can sniff out wildlife for you, take down certain enemies with his teeth, and even take an enemy’s gun from him and hand it to you.

However, the issues with the game center around the main character you play as The Deputy. Ubisoft tries to switch it up by custom making your character to be male or female, which is an admirable effort, but falls short as the character is silent. We’re in 2018, so there is no excuse when the lead character you’re supposed to get behind doesn’t speak but only grunts when he gets hurt. And sometimes the game tries to hard not to offend anyone, which holds it back at times. It could have pushed the envelope but comes up short as it must be neutral to gamers.

Ubisoft also plans to release special DLC that makes getting the $30 season pass worth it as you get the DLC and “Far Cry 3” free of charge. With many season passes being the norm nowadays in gaming, Ubisoft promises this will be one you want to purchase.

“Far Cry 5” manages to be a fun game with great gameplay, co-op, exploration graphics and strong content coming in the future, making this another entertaining entry.