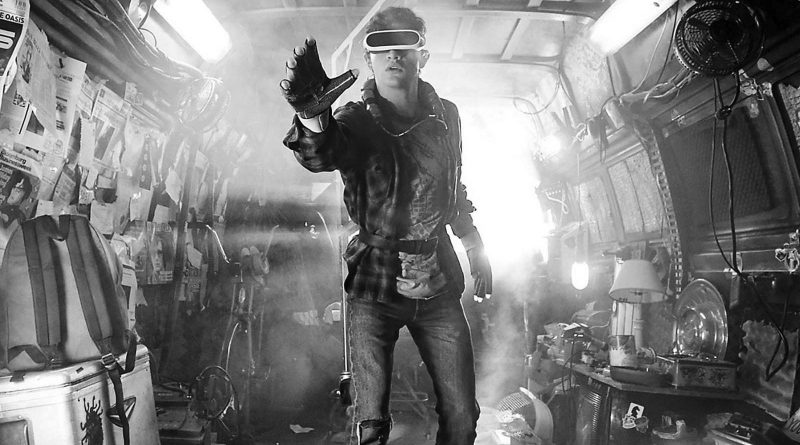 Fans of ’80s likely to be disappointed with ‘Ready Player One’

It’s 2045, and most of humanity uses a virtual universe to escape from the problems of everyday life.

“Ready Player One,” a movie adapted from the novel of the same name written by Ernest Cline, is a visual marvel directed and produced by Steven Spielberg. Written by Zak Penn and Ernest Cline, it stars Tye Sheridan, Olivia Cooke, Ben Mendelsohn and Simon Pegg.

This universe, known as the OASIS, was invented by James Halliday, who dies before the story begins but leaves behind a video stating that he left a virtual Easter Egg hidden within his universe somewhere. The one who finds the Easter Egg will win controlling stock of his company and have complete control over the OASIS, making them the richest human on the planet.

Wade Watts (Sheridan) is one of these “Gunters,” an individual looking for the egg. To find the Egg the Gunters need to collect three keys, the first of which is at the finish line to a race no one has been able to complete. However, with the Egg being of extreme economical importance, some people are willing to kill to win the Egg.

Unfortunately, while most of the production went into making a beautiful movie, it appears to have come at the expense of pacing and character development. The only characters among the five main Gunters who get any real development are Samantha Cook (Cooke) and Watts. The Gunter Aech is somewhat motivated by his friendship to Watts, but the last two, Daito and Sho, have no real reason to be helping the others other than plot convenience.

Viewers hoping for a bit of ’80s nostalgia will find it sorely lacking. Few references are made to the period throughout the movie other than a couple of visual gags and name dropping retro games and artists from the decade. And while the music from the ’80s is intrinsically good, it just isn’t implemented in a way that pays it the tribute it should. This lack of ’80s nostalgia is a shame as the original novel was a love letter to the decade as a whole.

Fans of the original novel likely will find themselves disappointed as well. The movie takes the main plot from the book, but as for individual story beats, few of them are taken from the book. Even the challenges they face to get the keys are all different from the book. The movie falls short in areas it adapts and the original story beats. What it does use for the main story comes of as contrived and cliché at times, including one of the fastest romance subplots I have seen in a rather long time.

While “Ready Player One” is a visual spectacle, there isn’t much to see here besides that.