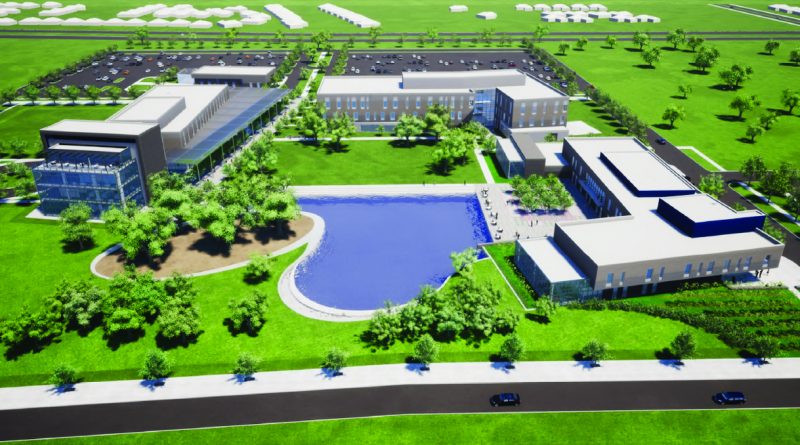 As the year quickly comes to an end, the Board of Regents buckles down as the master plan for the southside campus takes off into full speed.

At a recent Board of Regents meeting on Oct. 16, guest Gensler Turner and Ramirez was welcomed back to discuss approval of the schematic plan of phase 1A and to also get an overview of what’s to be expected in the phases to come.

President architect Philip Ramirez stressed that the new campus will possess “a safe place for students, a home, and a sense of community.”

Renderings of phases 2, 3, and 4 were displayed for the public, revealing the final product to be about 1 million square feet.

One of the main things regents stressed was how big the classrooms are and approximate numbers to show how many students can be accomodated in each building.

“The scope of the project is starting off really broad,” President Mark Escamilla said. “It will have to be broad before we look into small details like that.”

Escamilla and Ramirez both ensured the regents that by February 2019 all master plans will be approved, with early advancement into construction paperwork.

“This is just the outside of the shell,” Escamilla said.

If all plans and approval go as planned, construction will be projected to start in March 2019.

Regent Gabriel Rivas III voiced his admiration and appreciation that has gone into this project.

“One thing I admire and appreciate is the student space that you’ve created and study places,” Rivas said. “I really do appreciate that, thank you.”

The campus has over 800 square feet designated for student study space and gathering.

The campus will have three parking lots holding up to 1,200 spaces in each lot.

The schematic plan for phase 1A was approved unanimously, giving the regents and the public a definite idea of what the first buildings and campus site will look like.

Other important talks of discussion were the unanimous approval of the 2018 Annual Audit report that was initially introduced in a prior meeting.

No changes were made to it but introduction of the 2019 Fiscal Year Audit Report was already underway and being prepared as the semester draws to an end.

Glimpses of this report will be made available at the same time approval of master plans in February is set to happen.

Escamilla expressed that a December meeting will be scheduled to take a closer look at approvals of the next phases.