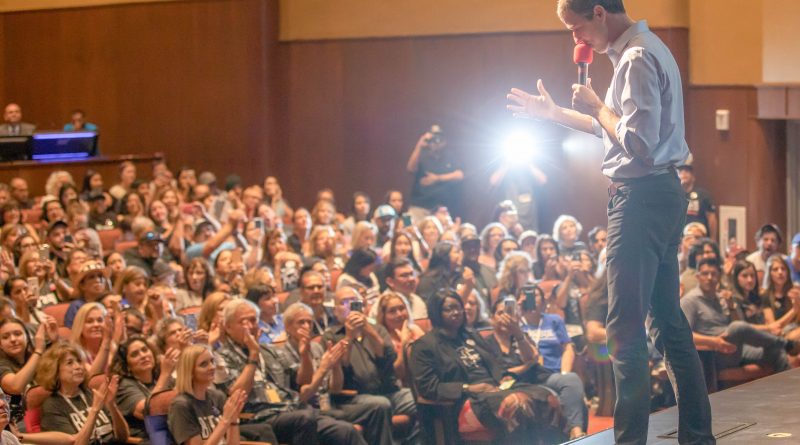 Congressman Beto O’Rourke, along with Congressman Joe Kennedy III, visited Richardson Performance Hall to speak to local voters about his campaign for Senate. The Oct. 13 event, just one stop on a road trip across Texas, was part of a campaign funded by individual contributors rather than PACs.

Skateboarding onto the stage, O’Rourke shared his views on immigration, healthcare, education, gun safety and women’s health. Many of the supporters who follow the Beto for Texas campaign are first-time voters.

Although it’s his sixth time visiting Corpus Christi, O’Rourke says he will be coming back.

“We’re in the home stretch of this campaign,” O’Rourke said. “We have 24 more days to go and we’re back exactly where we want to be, Corpus Christi, which is the city that has shown us so much love, so kind, so warm, so welcoming and we want to return that.”

O’Rourke said he knows many of his supporters are young people, and he believes that young people don’t vote because candidates don’t come to them. 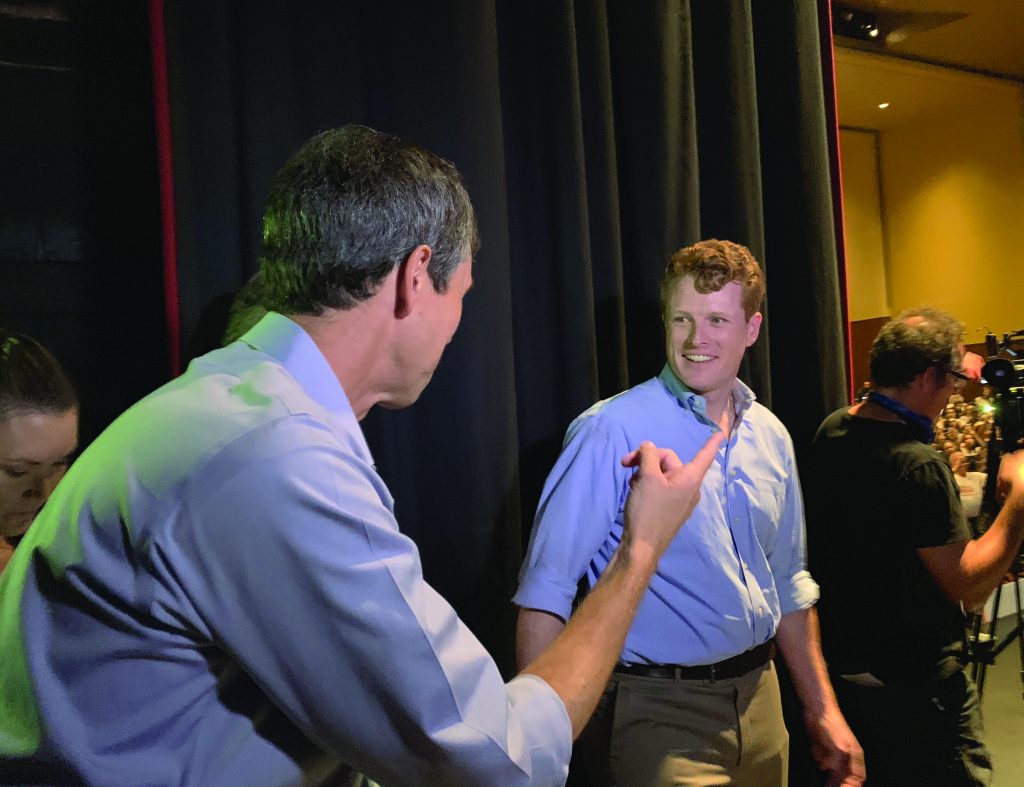 “Candidates haven’t shown up to listen to them, or incorporate their stories into their campaign, so we’ve been showing up and they’ve been turning out,” O’Rourke said. “I’m very grateful for all their support.”

Though he receives support from a younger audience, this campaign wants to represent voters all over Texas, regardless of party.

“We want to make sure everyone knows we want to represent Republicans, Democrats, independents, todos importante,” O’Rourke said. “Everybody is important right now. So that’s why we’re here and we’re excited.”

Although the deadline for voter registration has passed, early voting for those who have registered will begin Oct. 22. People can vote in person at their nearest location, or in some cases by mail.