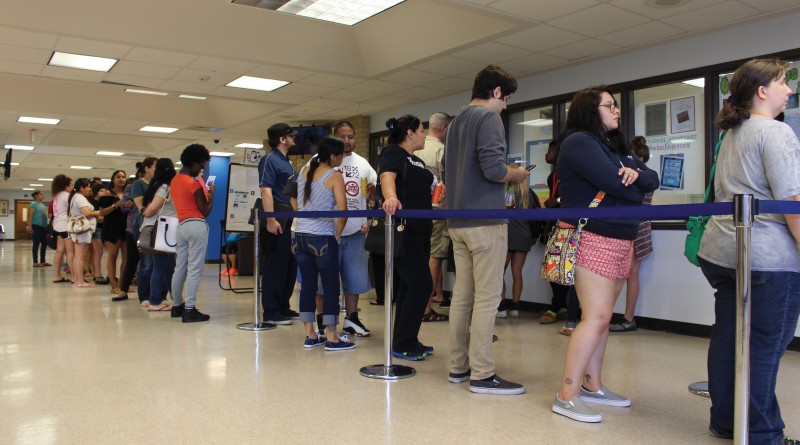 After more than a year since Harvey, Del Mar has finally stopped seeing the repercussion the disaster caused on enrollment numbers in fall 2017.

At a Board of Regents meeting on Oct. 16, Rito Silva, chief academic adviser, explained to the regents that enrollment numbers incline at a steady pace within the past five years with hindrance in one area.

“You see the small dip in 2017? Were calling that the Harvey effect,” Silva said.

This year the enrollment number became the second highest that Del Mar has seen since 2010.

Instead of having to wait and add them to spring’s enrollment number, it’s easier to shuffle them in with fall enrollment and specify their place in that grand total.

Regents were quick to action as they showed no hesitation to ask what Del Mar has planned to keep this number rising.

Silva explained how the Viking-Islander Program, or VIP, worked as an agent to recruit students and get enrollment up, and the results showed.

“This year we only allotted 50 students to come be a part of this program,” Silva said. “We ended up having about 127 students.”

President Mark Escamilla then quickly interjected to add that many of the students aren’t just from Corpus Christi.

“They’re not just from surrounding cities,” Escamilla explained. “They are coming from cities like Wichita Falls and Dallas. We’re working as that vehicle for them to do both.”

The program was introduced last spring in an effort to allow students to attend both Del Mar and Texas A&M University-Corpus Christi.

“The students are with us for one to two semesters taking their basics while also focusing on major related classes,” Escamilla said.

Another important factor that played into the enrollment number was the CED classes.

Although over a 10-year time lapse a large rise can be seen, in current years CED doesn’t amount for as much as it did in earlier years.

Lenora Keys, vice president of Workforce Development and Strategic Initiatives, presented the data and explained the decrease in these numbers.

“We see lower numbers in this area when employment rates are high,” Keys said. “And when the rates are low, we see more students coming back trying to get their degree so they can start working.”

Although there is a visible rise in the numbers, another important factor that faculty looks at every year is the amount of students who actually make it through the semester.

Retention case manager Danielle Neuman explained the fact that getting students to enroll isn’t the problem, it’s getting them to stay.

“Sometimes the class is just harder or just more challenging,” Neuman said. “…and once you fall behind, or miss stuff it’s just harder to catch up.”

Neuman went on to say that through the services offered by her and the faculty here at Del Mar, she has no reason to believe they can’t change this.