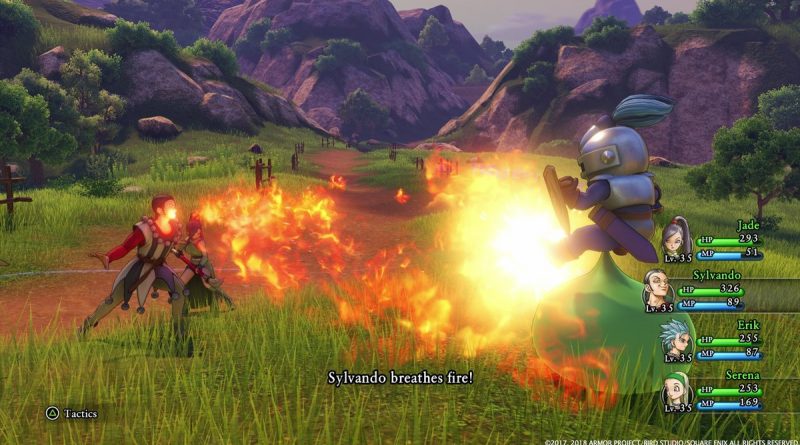 The “Dragon Quest” franchise released its eleventh title in the main series for the PlayStation 4 in the West a couple of months ago. This is the first time in 20 years that America has gotten a mainline “Dragon Quest” game on a top system. Yes, we’ve gotten all of the previous games but they were originally released in Japan and then later ported to American handhelds like the Nintendo DS and 3DS.

The original “Dragon Quest” was released under the title “Dragon Warrior” for the Nintendo Entertainment System on May 27, 1986. The franchise did overwhelmingly well in Japan but never really found a market here in the United States. The games did so well in Japan that the Japanese population started calling in to work and skipping out on school every time a new game was released. So much of the population did this that Enix, the company that produces the game, and Nintendo decided to start releasing games on Saturdays instead of the usual Wednesday.

“Dragon Quest” games are basically what you would get if you took a Robin Williams movie from the ’90s and made a “Final Fantasy”-type game out of it. The characters, including the monsters, are quirky and loveable, with most of the monsters having a joyful smile on their face with a ridiculous tongue hanging out. The games are loaded with jokes and puns but the base storyline is always serious and dramatic.

“Dragon Quest XI” is no different. The gameplay itself has not changed one bit since the original. The turn-based combat not only allows you to strategize each battle but also put the controller down in the middle of a boss fight to eat dinner and not have to worry about the boss wrecking you while you are away. As usual, the main character and their ragtag band of friends form the warriors of light and go up against a being generically called the Dark One who is out to enslave or even destroy the world.

If this sounds like every “Final Fantasy,” you aren’t wrong. “Dragon Quest” is the comedian’s “Final Fantasy.” The game takes itself seriously but not so seriously that tears well up in your eyes like when Sephiroth killed Aerith (spoiler alert).

The world Enix has created is massive and visually stunning. The music, which also hasn’t changed since the first game, is masterfully performed one of Japan’s symphony orchestras

As with all “Dragon Quest” games, all the way through the main story of “Dragon Quest XI” you are lulled into a false sense of being way overpowered. Regular enemies are a pushover and bosses require little to no strategy. And just when you defeat what you think is the final boss and the credits roll, you are then treated to a whole new storyline that leads you to the true final boss and even at level 99 with maxed out stats, he destroys you. The boss requires a certain level of strategy. This keeps the game fun and challenging.