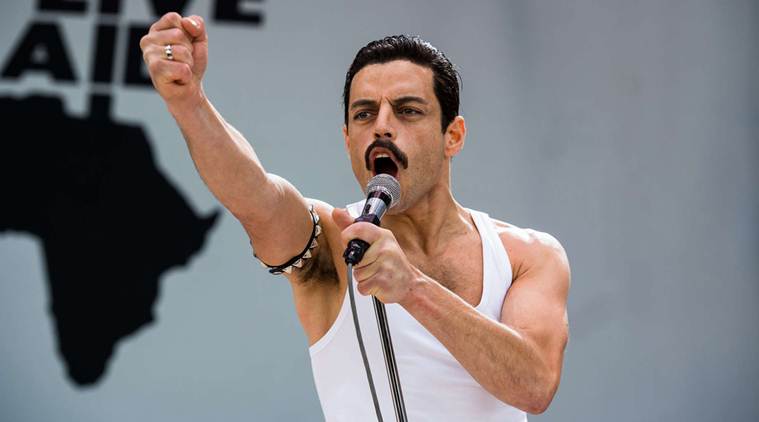 Rami Malek brings Mercury back for one last performance

“Bohemian Rhapsody” is a recreation of the hardships and history that was made by British rock band Queen when making the anthems we all know and love.

The film shows how the formation of Queen came about and closely follows the life of the late lead singer Freddie Mercury and his fight against AIDS.

Audiences are raving over the resemblance of the actors to the real band. Rami Malek, an American actor, transforms into a true queen to embody the character that is Mercury.

The plot was very vague making it feel like just small snippets of the journey here and there. Although when trying to fit 12 years of a band’s experience and journey into one movie, it can only be so long, amirite?

The vagueness was filled with the music of Queen including the inspiration behind “We Will Rock You,” “Bohemian Rhapsody,” “Love of My Life” and countless others that automatically want to make you sing along.

The movie follows their journey all the way to their live performance at Live Aid in 1985.

This drama/biography serves as the part of Queen that the new generation can be exposed to.

Along with actor Malik was Mike Myers to play Ray Foster and Roger Taylor, Joseph Mazzello and Gwilym Lee to play as the other members of the band.

The movie sheds a more serious light on AIDS and shows how Mercury is diagnosed and tries to live on with these new circumstances.

The movie serves to show the legend that will live on forever, Queen.

Countless times in the movie, the band refers to the songs as anthems for the audience, a song that is theirs.

Queen was composed of a group of guys who went into it not knowing or caring what the quantity of their success would be, rather focusing on revolutionizing the way future generations will come to see music.

“Bohemian Rhapsody” is a film that resonates with you and gives a newfound appreciation of what it means to be “legends.”