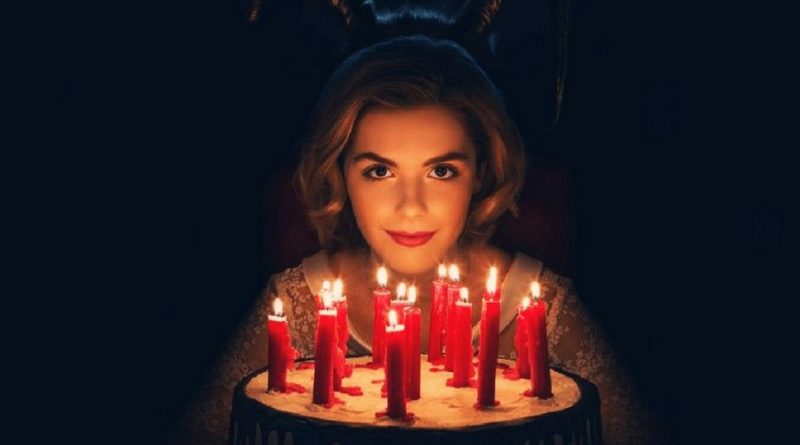 “The Chilling Adventures of Sabrina” brings chills to viewers in more ways than one — from a scary good plot to scenes that will make you literally throw your popcorn in the air as you scream.

The Netflix series follows the dark and twisted life of Sabrina Spellman (Kiernan Shipka), a young witch who undergoes a dark baptism on her 16th birthday. The coming-of-age ritual is meant to bring Sabrina to the pinnacle of her powers and literally sign her soul away to the dark lord.

When not dealing with magical affairs, Sabrina must find ways to deal with her friends while not letting them on to the biggest secret of her life. When Sabrina reaches a pivotal point where she must save her friends from the vengeful spirits of her covens past, her true powers are put to the test.

While still young and inexperienced, Sabrina is not without her family wise council. Her aunts Hilda (Lucy Davis) and Zelda (Miranda Otto) guide their wicked niece as she goes through her magical transition. The series wouldn’t be complete without Sabrina’s trusty feline familiar, Salem.

Later in the series Sabrina’s true powers start to manifest and become more potent as she uses them. Sabrina, while attempting to do the right thing, often finds herself trying to fix problems that she initially caused.

The series does a good job of sticking to the twisted horror genre of witch culture, from dark baptisms to witch-sacrificing holidays, to pledging alliance to Satan himself. Many of the choices Sabrina must make give the audience a taste of how dark the series gets.

The music of the series goes perfectly with the overall theme. From the colorful intro and graphic pictures to the chilling credit music, the series does a good job of creating and keeping the show dark and sinister.

While gaining good scores in other areas the acting of the series was subpar. Although some scenes were chilling, the lackluster acting made them predictable and rather cheesy.

Whether you are looking for a dark thriller or a spooky series, “The Chilling Adventures of Sabrina” will give you the perfect combination of chill and thrill.