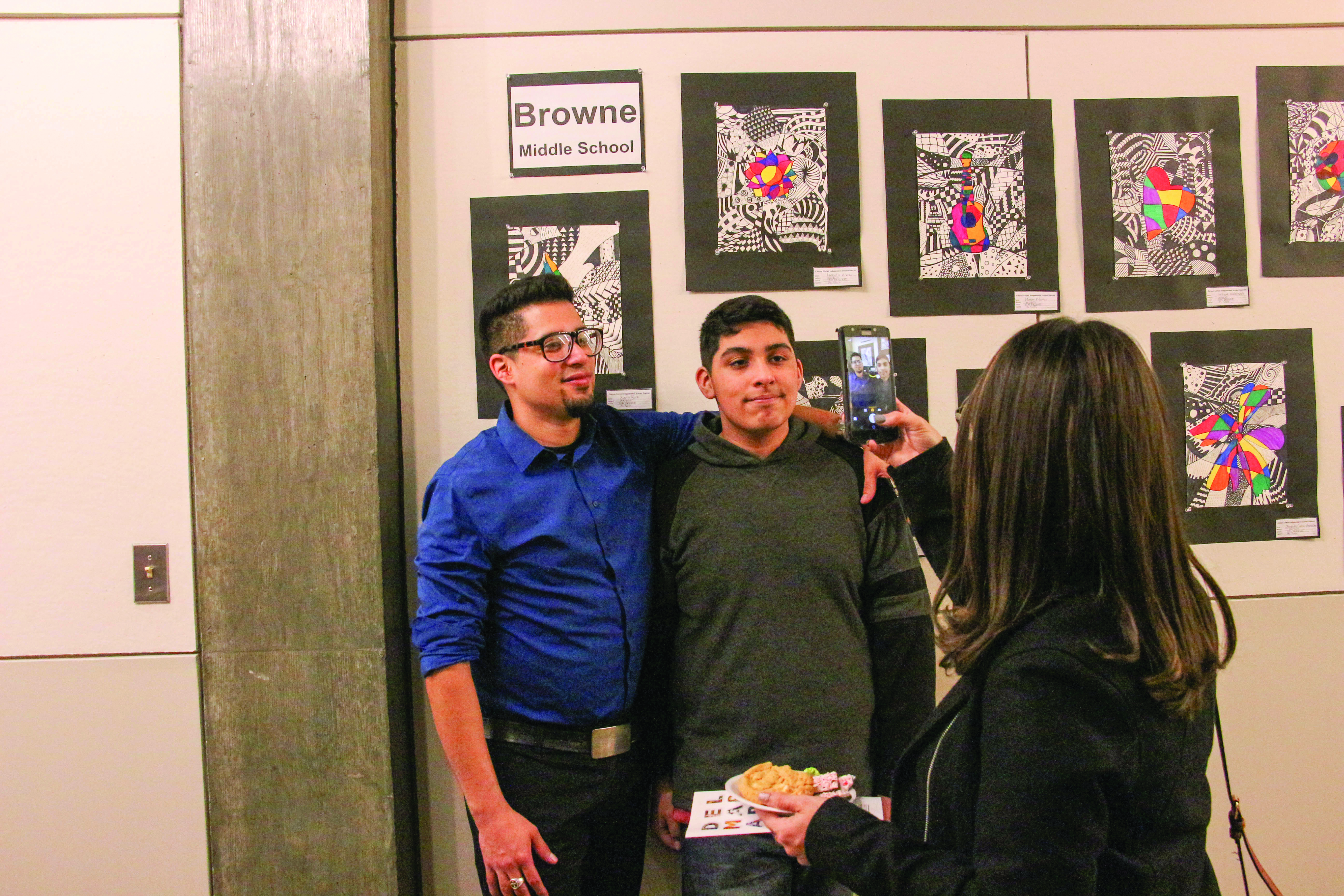 For the last 45 years CCISD has hosted an art exhibit to display middle school and high school students’ artwork.

A senior at Veterans Memorial High School, Cheyanne Drexler, was shocked when one of her art pieces went missing.

“I went to class one day and I noticed that my latest project wasn’t on the display wall anymore,” Drexler explained.

Imagine her surprise when she was told that her own mother submitted her art piece as a candidate to be displayed at this art show.

Art classes from every high school and middle school carefully choose anywhere from eight to nine students that they think go above what was asked of them artistically.

Martha Fair, fine arts specialist for Art and Theatre, went on to explain that the main goal of the art exhibit “is to showcase the work of students and recognize their talents.”

Fair also explained how the exhibit has been occuring every year for 45 years but has only been hosted at Del Mar for 30 years after generous offers to host it filed in.

Drexler explained the process and how she came about the project that got her artwork chosen.

“I was asked to take a picture of some of the items that were displayed for us in class,” Drexler said. “The best picture I got was of two Chinese to-go boxes so I just went with it.”

Soon after her project came to an end, Drexler had no desire to enter it as a candidate to be displayed but her mother had other plans.

“It’s kind of cool that one day I walked into class not knowing where my piece had gone only to be told it was already chosen and being displayed at Del Mar,” Drexler said. “It was a great feeling.”

Many other students had outside inspiration that took them beyond the normal everyday project that was offered to Drexler.

A parent of a Mary Carroll High school student, Diane Trevino, spoke of how impressed she was to see what all the different schools had to offer.

“My daughter goes to Carroll and I think it’s so fascinating that I get to see her and her fellow classmates artwork on display for all CCISD families and faculty members to see,” Trevino said.

Fair said the main goal of the art exhibit is to get more people to see the artwork being done.

“It’s exposure,” Fair said. “It may not be a lot of it but if the right person sees it, you can go a long way.”

The artwork was displayed throughout November in the second floor hallway gallery of the fine art building.

The reception and final day to view the art was Nov. 27 with an hourlong viewing time to see all the works of the various schools.