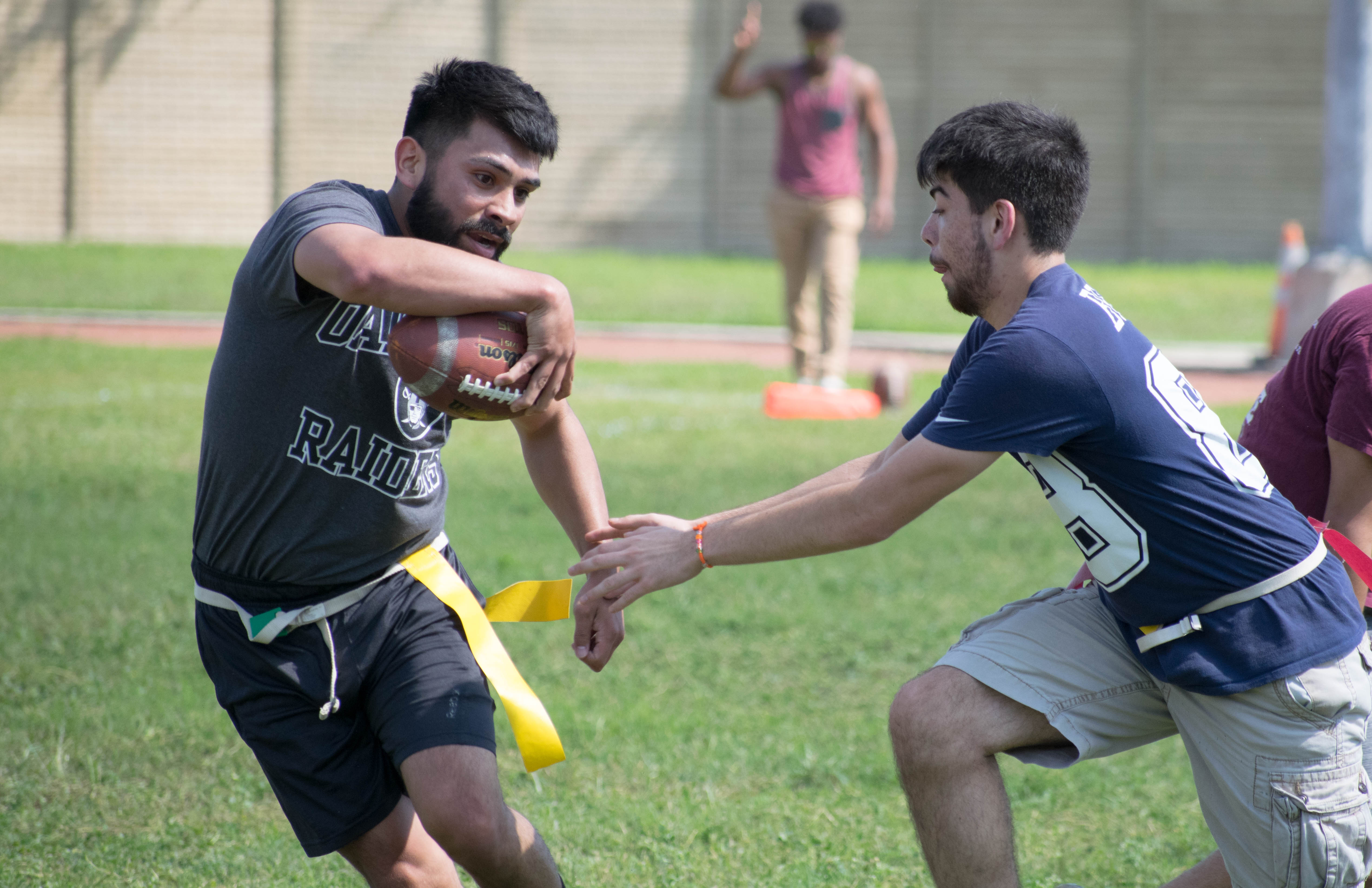 Having a non-physical approach, flag football has the players pull the flags attached to the person with the ball’s belt to cause a stoppage in play, rather than tackling.

The last game on March 28 had team yellow beating team red, 50-44. Winners received a T-shirt and had their photo taken by intramural director Kristy Urbick.