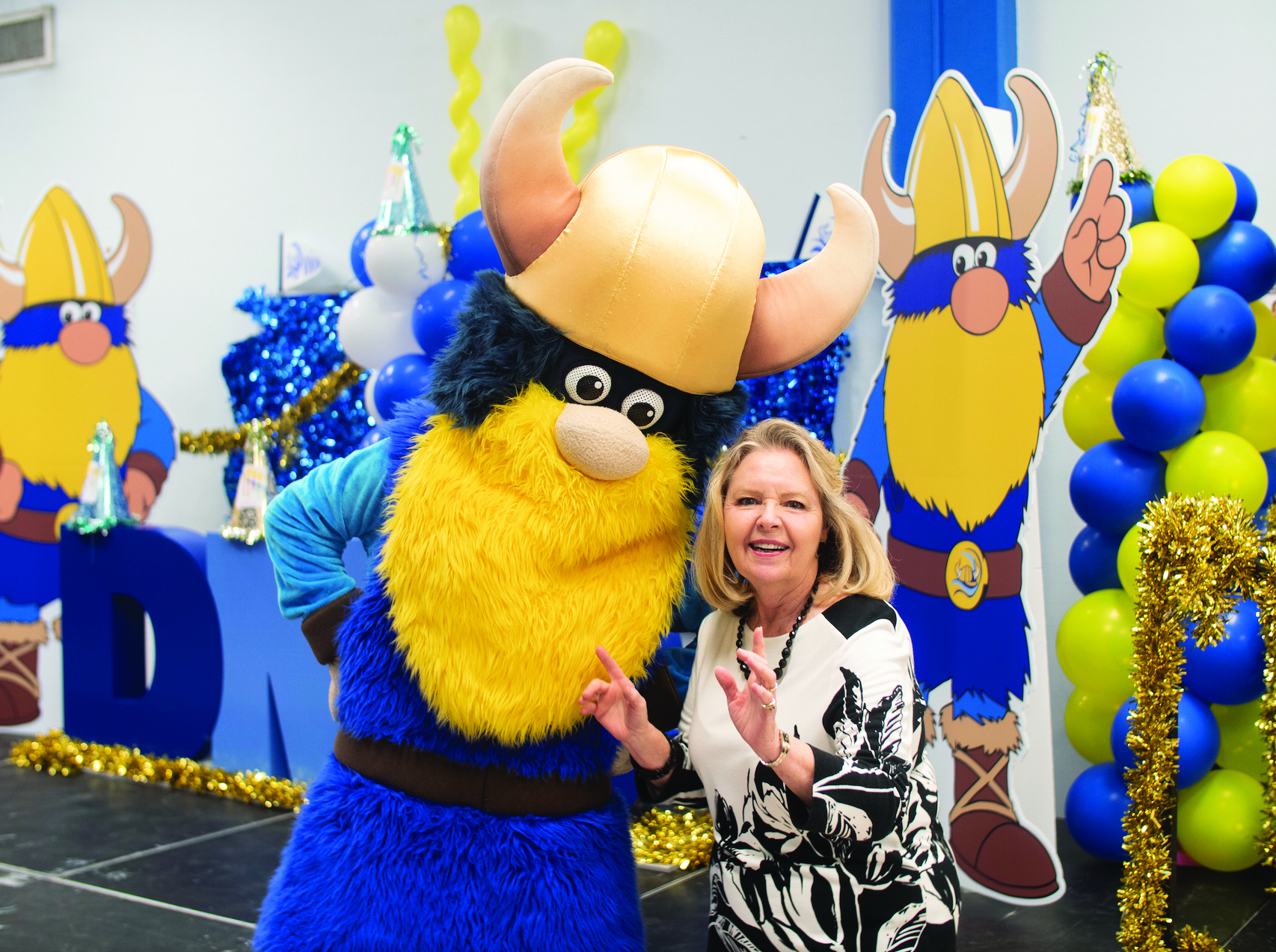 After 42 years of service to Del Mar, one of the college’s most familiar faces has announced she will retire.

Claudia Jackson, executive director of strategic community and governmental relations, told staff in an email that her last day will be April 30.

During her tenure, Jackson has covered official communications and brand management as part of the College Relations office. With her expertise in digital media, media relations, advertising and governmental affairs, Jackson has been a fixture in the local media.

“I most cherish my opportunity to tell the stories of our amazing students,” Jackson said. “By remaining with the college for a while, I’ve had the privilege of watching individuals who may have had modest resources apply determination and a solid work ethic to their studies.”

Jackson has served on President Mark Escamilla’s Executive Team and has traveled to Austin and Washington, D.C., to represent Del Mar on a variety of issues related to funding for Pell Grants and other national initiatives to support students.

While working alongside regents and members of the community, Jackson played a critical role in what led to the district approving $300 million in capital improvement bond funds in 2014 and 2016.

“Claudia’s historical as well as overall knowledge of Del Mar College was unparallel,” Escamilla said. “This has helped me, as well as so many other individuals, make critical decisions that has propelled DMC into the future.”

Jackson also helped in the founding of the Del Mar College Foundation, which now awards more than $1 million in student scholarships each year, and assisted in establishing Del Mar’s distance learning courses.

She was named YWCA Woman of the Year in communications and is a co-founder of BoldFuture, a community planning initiative that helped shed light on some of the city’s much needed improvements.

Projects included replacement of the Harbor Bridge, road improvements and employment opportunities in the Coastal Bend.

To honor Jackson, the Del Mar board of regents has set up a scholarship in her name with the Del Mar College Foundation.

“I am humbled and honored that the Board of Regents chose to establish a student scholarship in recognition of my tenure with the College,” Jackson said. “Nothing means more to me, as I start the next chapter of my story, than to provide funding for future students.”

With trips to Colorado, Hawaii, Europe and the Caribbean planned, Jackson says she looks forward to traveling with her husband, Bill, and spending time with friends.

“I will remain involved in the community, with civic and service projects under consideration, “Jackson said. “And of course, I’ll be cheering from the sidelines as new buildings are opened, the new campus dedicated, and a new generation of students comes to the college to achieve their dreams.”