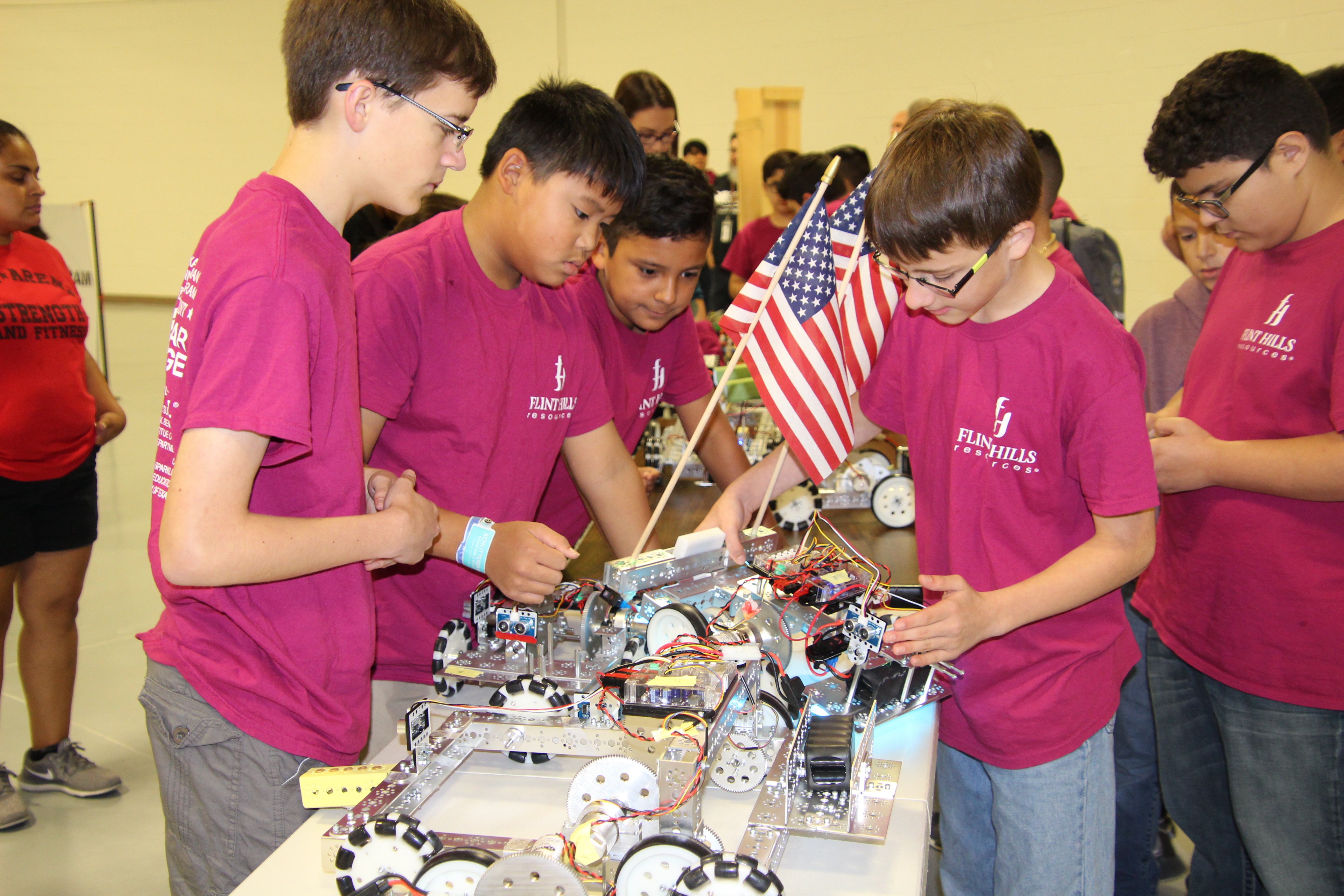 Students from sixth to ninth grade spent part of their summer exploring the different fields of STEM.

Some of the students built and programmed robots that raced their way through an obstacle course, while others built bridges out of plastic straws that were tested for strength.

Jason Shollenberger, director of the program and an associate professor of mathematics, said they had three groups of students this summer.

The largest group was the first-year students, who spent the summer building robot vehicles to navigate a course and also created straw bridges.

The second-year students were able to spend time with the Corpus Christi chapter of the American Institute of Architects as they participated in a group project. The third-year students spent the majority of the last six weeks of the program researching, writing and presenting their findings on sophisticated energy topics.

“All three years are articulated through the Texas Educational Agency so these predominantly rising seventh-, eighth-, and ninth-graders are all earning one unit of high school credit for their elective in career and technology education,” Shollenberger said.

Any student is allowed to apply for the program as long as they are entering or have completed the sixth grade. Applicants will need recommendations from teachers, as well as grades sent over to be looked at.

“I would recommend this program to any students, especially for those who think they may be interested in a career dealing with STEM,” Shollenberger said.

Dawn Roberston, whose son Ian was part of the first-year group, said he had always displayed an interest in electronics and building. As soon as Roberston saw that the program was available and that Ian had qualified and been accepted into the camp, they were more than thrilled.

Ian said his favorite part of the camp was building the robots as well as the programming.

“When he found out what the camp was all about during orientation, that they were going to build robots, participate in engineering activities, he was really excited about it and it had ended up being a great fit for him for the summer,” Robertson said. “If kids have an interest in programming, building robotics and infrastructure, I think it would be a great program to join over the summer.”