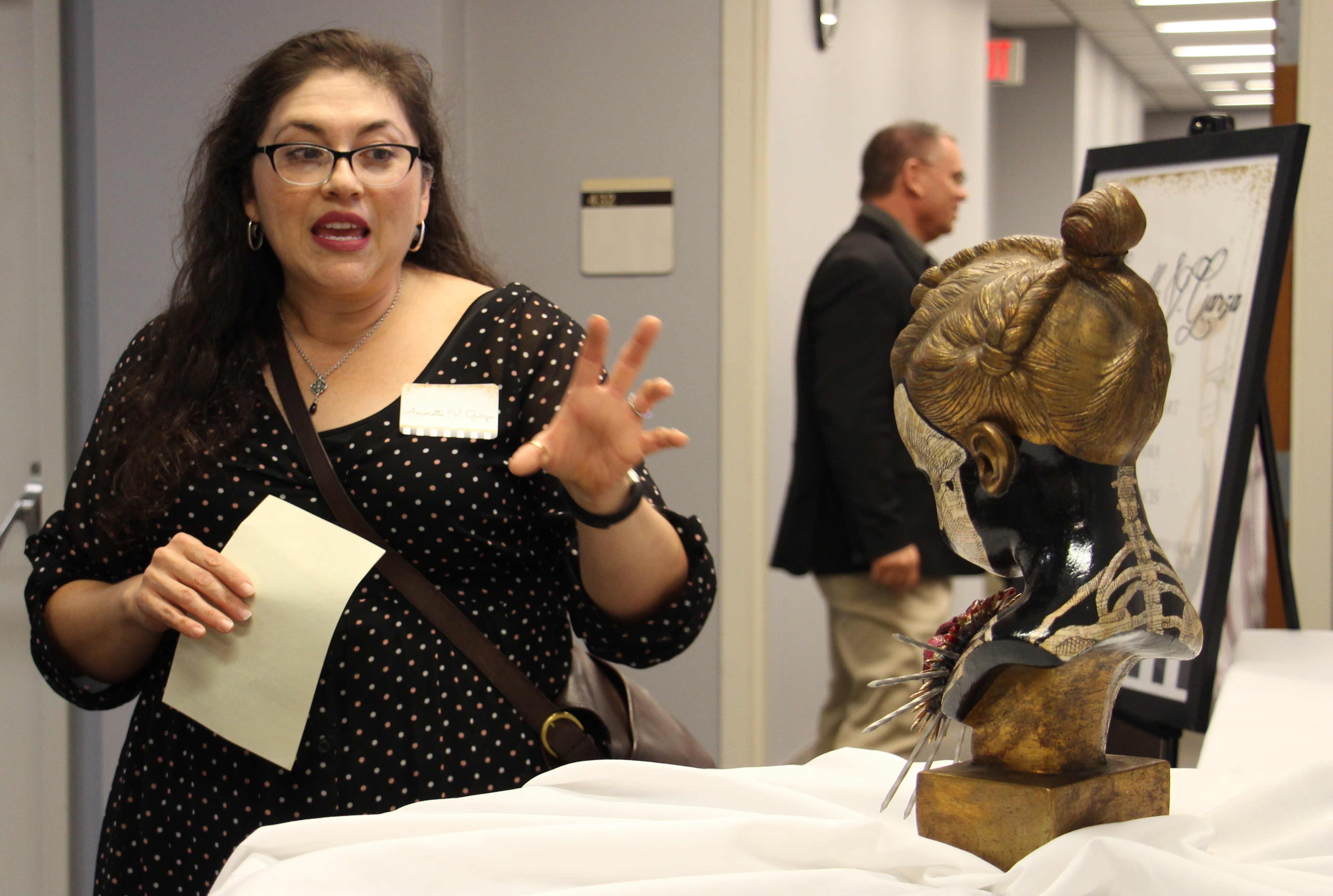 Del Mar College celebrated 32 of its faculty and staff with a Creative and Scholarly Works Showcase.

President Mark Escamilla hosted the Sept. 17 event for instructors and others who have been praised for their art or academic work in their field. Each person’s work was displayed around the fourth floor of the White Library for others to observe and admire.

Participants of the showcase brought out different types of work, from books and artwork to musical compositions and scientific research.

“What I like about all this is that it is different — you have artists, kinesiology, molecular biology, history, and it goes on. I think it’s neat that everyone is doing their own thing and it’s very thought out and scholarly,” said humanities professor Karl Kemm.

Art professor Amorette Garza showcased two works under a series she calls “Tchotchke,” which she said meant little trinkets. Garza said her work was about finding discarded objects, altering them and making them more sacred in their own way as she mixes culture and religious imagery together.

“I ended up doing this type of work because it brought back the memory of my grandmother and it is based around the theme of the Day of the Dead,” Garza said.

Kerstin Dale, assistant professor of art, said Garza’s construction is incredible and the details behind the work beautiful with the confrontation Garza has in the idea of anatomy, death, art and superstitions about them.

Some participants also shared that more creative work is on the way. Associate Professor Dawson Barrett, who as a historian is interested in how change happens, said he has a new book that will be coming out next year.

He said the book he is co-writing is about the history of punk rock music in Peoria, Illinois, which by reputation seems to be a boring city in the state, which is why he is looking at what it means to be an outcast in a place such as that.

“I think this is a great event; it’s exciting to see all the different kinds of scholarship that people do. I think teaching is the most important thing we do and we do a lot of it,” Barrett said.