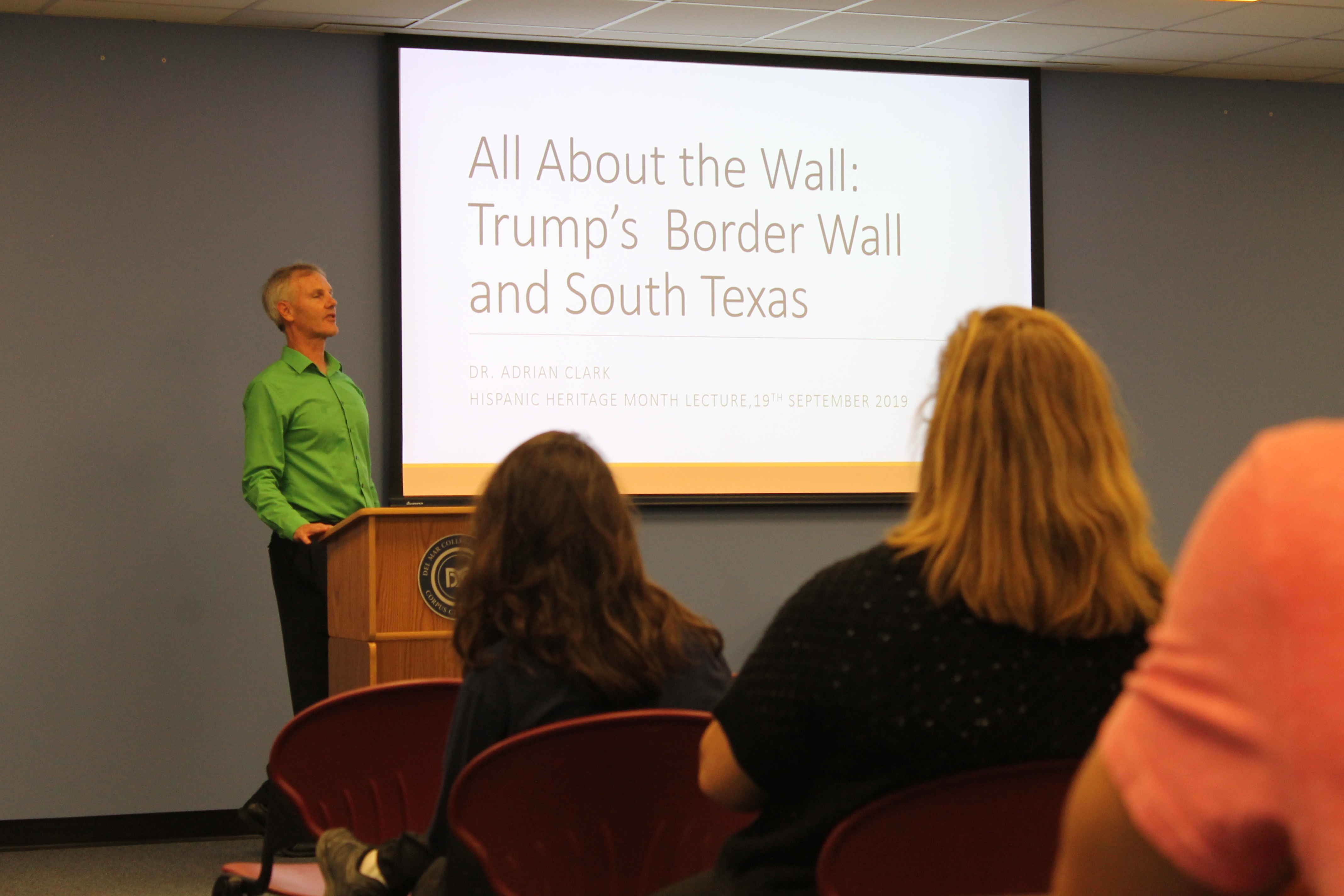 “What is the plan for the future,” Clark asked. “We got alternative facts otherwise known as lies and distortion so we want to try to deal as best as possible in facts because that should be our common currency.”

Clark, a political science professor, spent much of the talk on the environmental, political and economical aspects of the wall and how they would affect the region.

“I was hoping to raise concerns about how the construction of the wall would impact South Texas. There is a lot on the news but it’s mostly Trump announcing something is being built. It’s really focusing on specific real-life concerns that we would have on this part of the world, related to the environment, private land ownership, risk of flooding, military and construction budgets,” he said.

Throughout the semester, Clark conducts clicker polls where students anonymously vote, with one of the polls being whether they were for or against the wall. Around 80% of his students opposed the wall.

Over the past year, the wall stirred up people across the nation as the border became dangerous and protesters surrounded it. At one point, troops were sent to the border as a caravan of immigrants approached.

Clark said one of the biggest concerns about the wall is wildlife species that are being affected by the big structure. When it comes to the environment and animals, many of species that migrate would adapt to migrating elsewhere as it would create a change in species being able to migrate across the border.

About 62 species are being critically endangered by the structure and is proven by many different scientist of geographic effectiveness, Clark said.

Several students attended the talk, chiming in on the impact of the wall and how it would affect South Texas.

“It’s something different than reading the news about the wall on Twitter. It’s more local, which makes it interesting and important,” said nursing major Kristianni Gonzales.

Clark also gave two definitions concerning the purpose of the wall. He wanted students to ask themselves if we are building a wall just to keep things out of the country or out of fear.