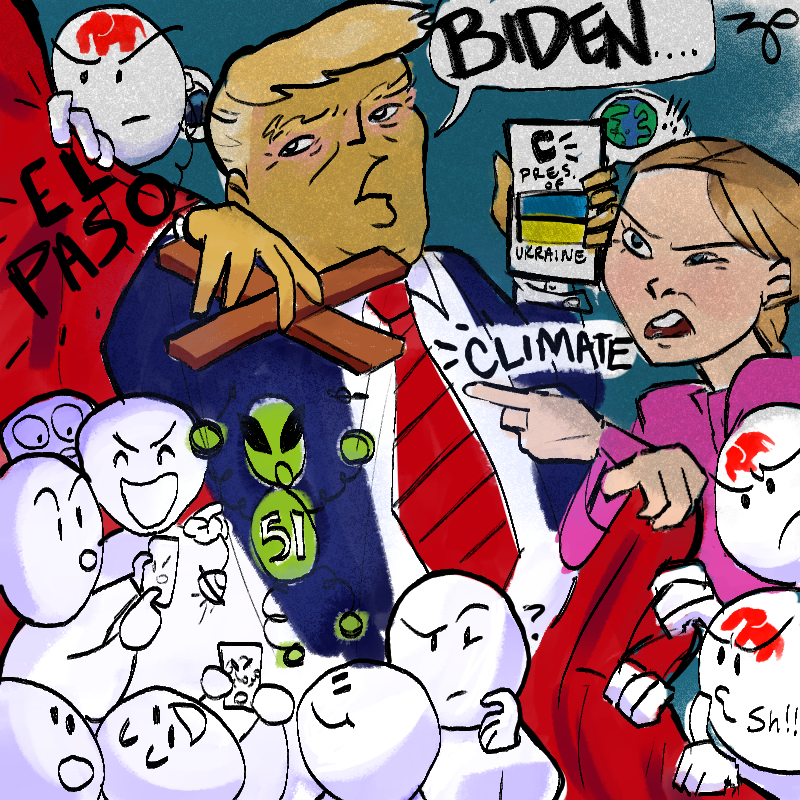 “Storm Area 51, They Can’t Stop All of Us,” also known as Raid Area 51, occurred on Sept. 20 in hopes of discovering extraterrestrial life at the military base. The Facebook event had over 2 million people respond they were going and over a million more being interested. The widespread media reaction eventually turned the event into an Internet meme.

Matty Roberts, the event coordinator, said the “raid” was only created for amusement and did not claim responsibility if any causalities occurred when the event took place. On the day of the storm, about 150 people were reported to have been at the entrance of Area 51 and over 1,500 gathered for related festivals in the area. Five arrests were made for trespassing, with one being for alcohol-related reasons and one for indecent exposure.

Aliens are interesting, but you know what’s more interesting? The Department of Homeland Security now considers white supremacy an act of terrorism. Greta Thunberg, a 16-year-old, is being attacked for being an activist on climate change by adults in their 50s and up. House Speaker Nancy Pelosi started an impeachment for President Donald Trump for pressuring leaders of foreign nations, most notably Ukraine, to advance his own “personal political interests.”

The raid was originally a joke and people grew to obtain interest in keeping that alive. People that share the same common interest came together and actually signed a “petition” to come together and just have fun. There are many types of groups that have common interests but in this case, the Area 51 Raid was none other than just an entertaining event.

There are movies that are based off facts of aliens existing. One of those movies, “Fourth Kind,” presents actual footage of victims of alien abductions that occurred in Alaska. Some people were hypnotized to help recover the memory of being abducted and during the hypnosis, the victims would react as though they were reliving the abduction.

Although it is still unknown, the existence of aliens has been a hard subject to justify. The only thing that keeps the curiosity going is the movies that are produced to appeal to fans of the theory. Even if they are real and if the footage from “Fourth Kind” is real, uncovering that theory would only cause stress and fear.

Most of America is focused on finding radioactive spiders to become Spider-Man or a time traveling machine, but people need to understand there is more important and newsworthy things happening.

Amber Guyger, a former Dallas police officer, was found guilty for killing Botham Jean when she walked into Jean’s apartment, thinking it was her own, and shot him. All of Texas A&M campuses banned the use of vaping products, while the 14th vaping-related death occurred in Nebraska.

While the idea of having an alien might sound interesting to some people, do y’all really think aliens would be docile creatures after being locked up by the government and wanting to be friends with us?