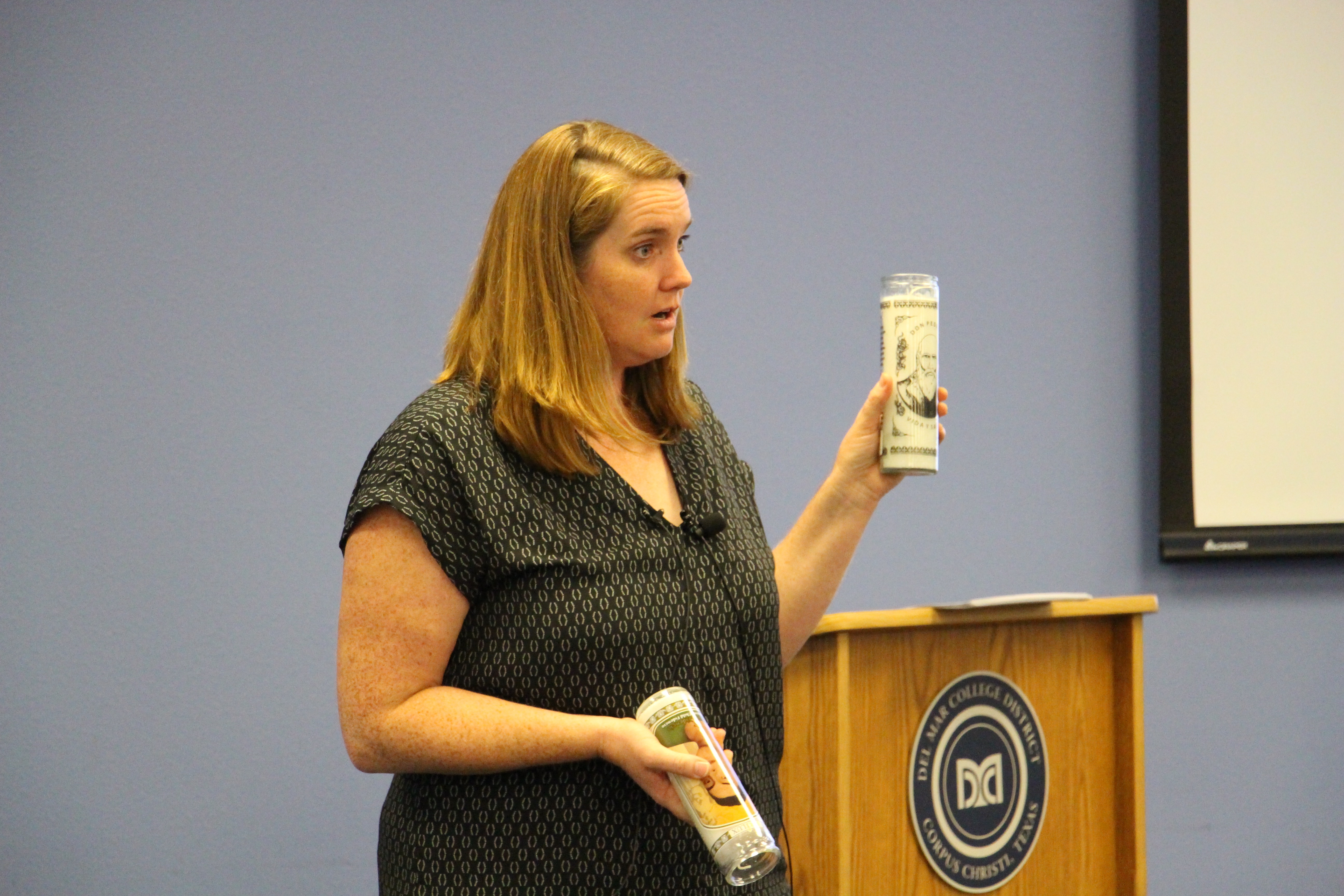 Christine Reiser Robbins, associate professor of anthropology at the Kingsville campus, teaches a class called Folk Medicine every two years. The task was passed down to her when she first started teaching at the university in 2010.

“It has been such a blessing to teach this because the students who take this class come in with a heritage, a background and an interest and their families’ stories in different kinds of folk illnesses and treatments for it,” Robbins said.

Her discussion, part of Hispanic Heritage Month, was focused on curanderismo and Mexican-American folk healing practices in South Texas, as well as how young adults still continue to know about these practices and how they might use them in a time of sickness.

Curanderismo derives from the verb “curar,” which refers to Mexican-American healing traditions that privilege an understanding of a person as interconnected of the mind, body, spirit and soul.

The types of healings included range from acupuncture, essential oils, and herbal remedies. Robbins mentions that the framework in this understanding has roots in Aztec and Mayan beliefs, influences from the Spanish and settlers combined with Native American beliefs.

She mentions that curanderismo and Mexican-American healings are not just with one medical practitioner but is more of a community job as families can be involved with it as well.

One of Robbins’ students stated during one of their oral presentations that it’s like a network of healing within communities and families.

During her presentation she also said many people can become a healer through apprenticeship as well as some are given the gift from god, known as “El Don”.

Different illnesses mentioned had been susto, also known as fright sickness, where a person experiences their soul frightened out of their body, mal de ojo (“evil eye”), empacho (“blocked stomach”), and bilis (“anger”).

“I was interested generally in medical anthropology and different cultures understand the body and health and I just find that fascinating. Everybody experiences ill health and everything is experienced through the body and yet every culture has different ways of understanding it,” Robbins said.