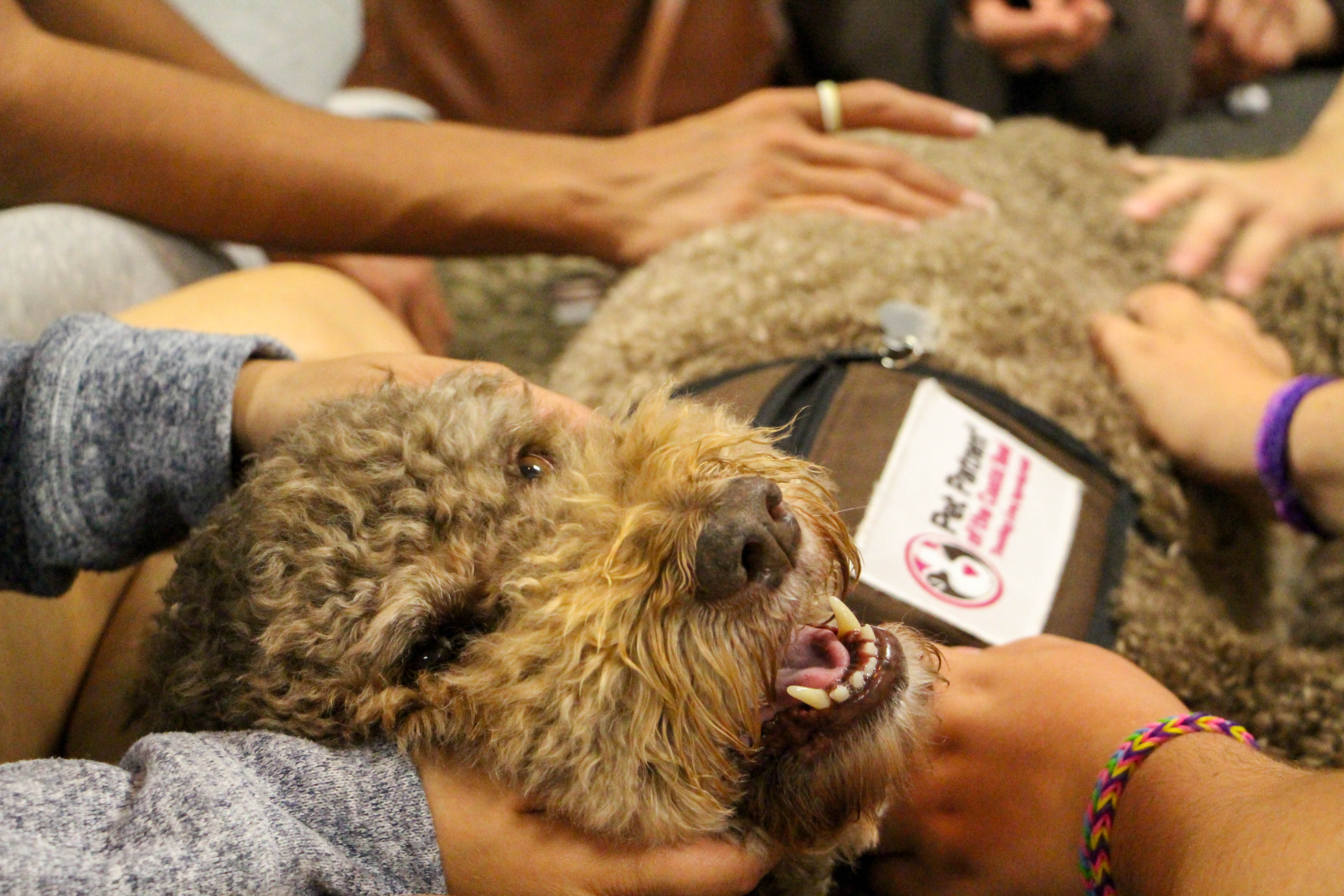 After free food and free money, the next best thing a college student wants is to play with dogs.

The Del Mar Counseling Center held its semesterly event at the East and West Campuses on Nov. 6 and 7, where handlers bring their therapy dogs to calm students during their midterm era.

Counselor Johanna Torres said they are going on their fifth year with the four-legged furballs.

“We hope students learn about the Counseling Center and get to meet the counselors because we are awesome,” Torres said. “I hope they get to destress, laugh, relax and take a break from their day-to-day student grind.”

Amanda Chase Burns, handler of Lola, a blind Tibetan Spaniel, said Lola has been a therapy dog for five years.

“She was thrown out of a pickup truck outside of my house about 13 years ago,” Burns said.
She was really neglected, and it took me three days to get all the ticks off of her. She had stage four heartworms, but she’s been sweet since day one.”

“The kids at Driscoll read to him which is cute,” Skoruppa said. “He’s been going on for about five years being a therapy dog. He was less than 2 when he started.”

Sue Barley and Tess, a first-generation Labradoodle, have been together since Tess was 2.

“Tess will be 9 in December,” Barely said. “She loves people and kids especially. She is terrified of cats though. She sees one and she needs me to help her get past them.”

Julia Arnett, a music major, said she loves dogs and was excited when she found out about the event.

“I deal with stress when it comes to preparing for performances,” Arnett said. “I think after this screening I might check out the Counseling Center.”

Being a nurse, Skoruppa said she has let people sneak in their pets from time to time when they weren’t feeling well.

“I understand when people want their pets with them while they’re in the hospital,” Skoruppa said. “People need their pet companions when they’re not feeling their best.”