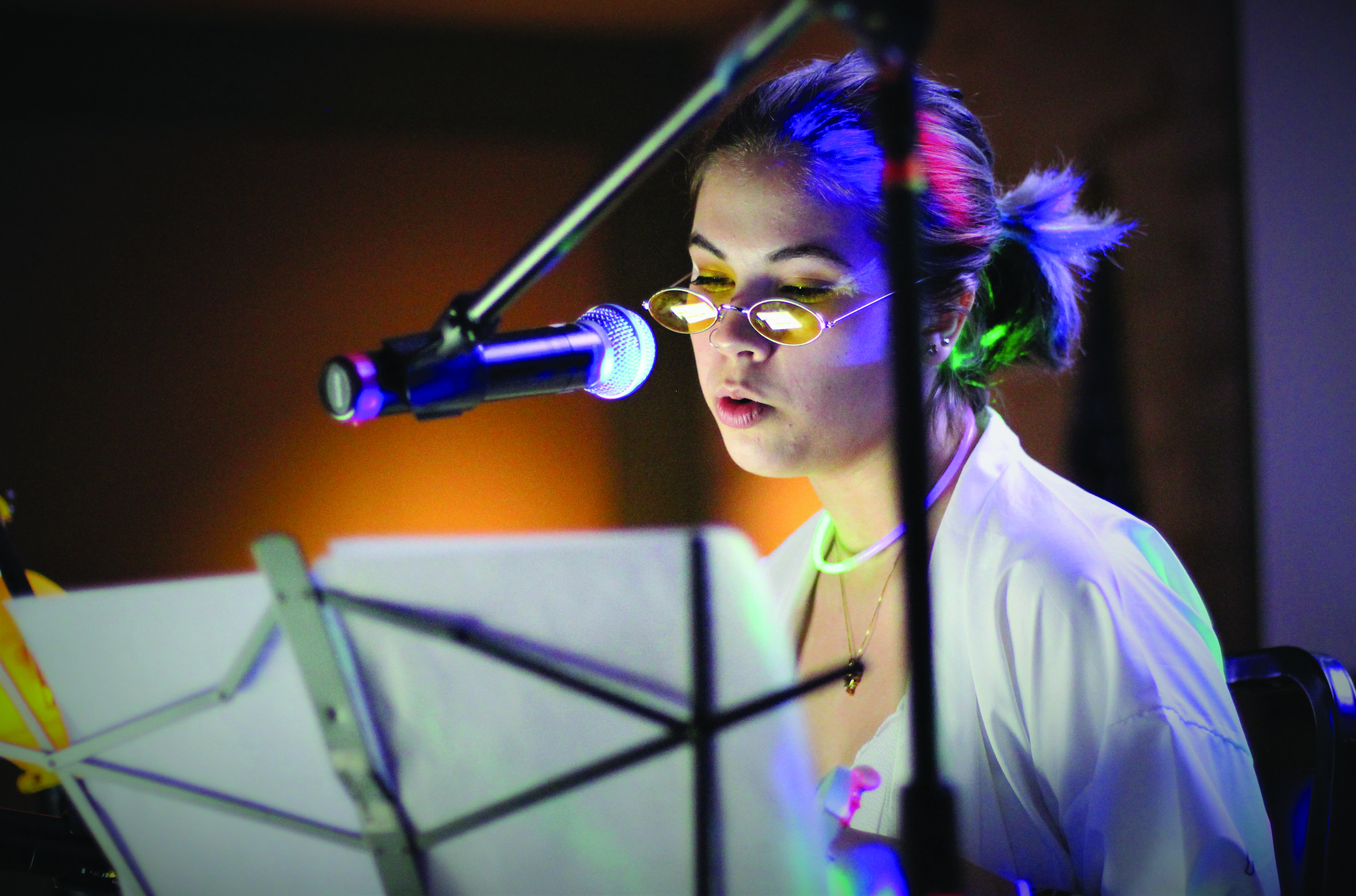 Viking Vibes member, Abrianna Burns, uses her ukulele to sing her rediton of Hotel California by The Eagles.

The event began at 6 PM with dinner, made and served by Joseph Martinez, a cooking enthusiast and Viking Vibes member.

“I’m a computer science major, but cooking and baking has always been a hobby of mine,” Martinez said. “I wanted to bring something new to the table. I am the only one in Viking Vibes that cooks and bakes.”

Musicians and singers made their way to the stage performing covers and original work an hour later. For some artists like, Abrianna Burns, this was their first time performing in front of a crowd.

“I was so nervous, but I think it turned out pretty good,” Burns said. “Our vice president, Celeste [Garza] was the biggest help for me.”

Mauricio Cantu, president of Viking Vibes, said the event brought in many people who all had a smile on their face.

“They all enjoyed themselves and that right there is a successful event,” Cantu said.