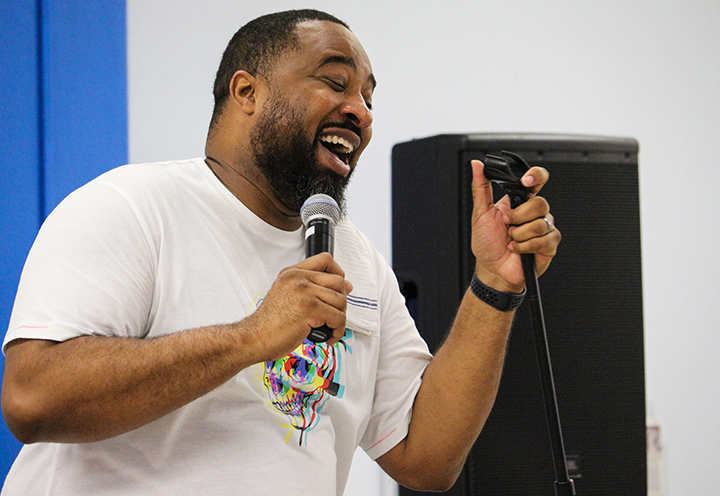 Laugher filled the Harvin Center on Jan. 16 thanks to a comedian from Missouri.

Azeem Muhammad, who calls himself a “comedian, writer, radio personality and instigator,” entertained students over lunch.

“The best thing that I like about stand-up at colleges is because being an older guy it allows me to stay young and connected to our future, and then being able to see that no matter what comedy is universal,” Muhammad said.

Muhammad said you’re never too young or too old to have a good laugh.

Students passed and stopped to hear the comedian. Others sat down and enjoyed their lunch with a side of entertainment.

“He’s good. You can tell he’s been doing this for a very long time. He’s great at interacting with everyone. I really like him,” said Michael Lermar, a business administration major.

Every comedian has his or her own style, and Azeem’s was personal as he walked around interacting with and poking fun at students.

“I really enjoy his style. He has a good sense of humor and I like his voice. I like all of his jokes,” said David Jenkins, a business major.