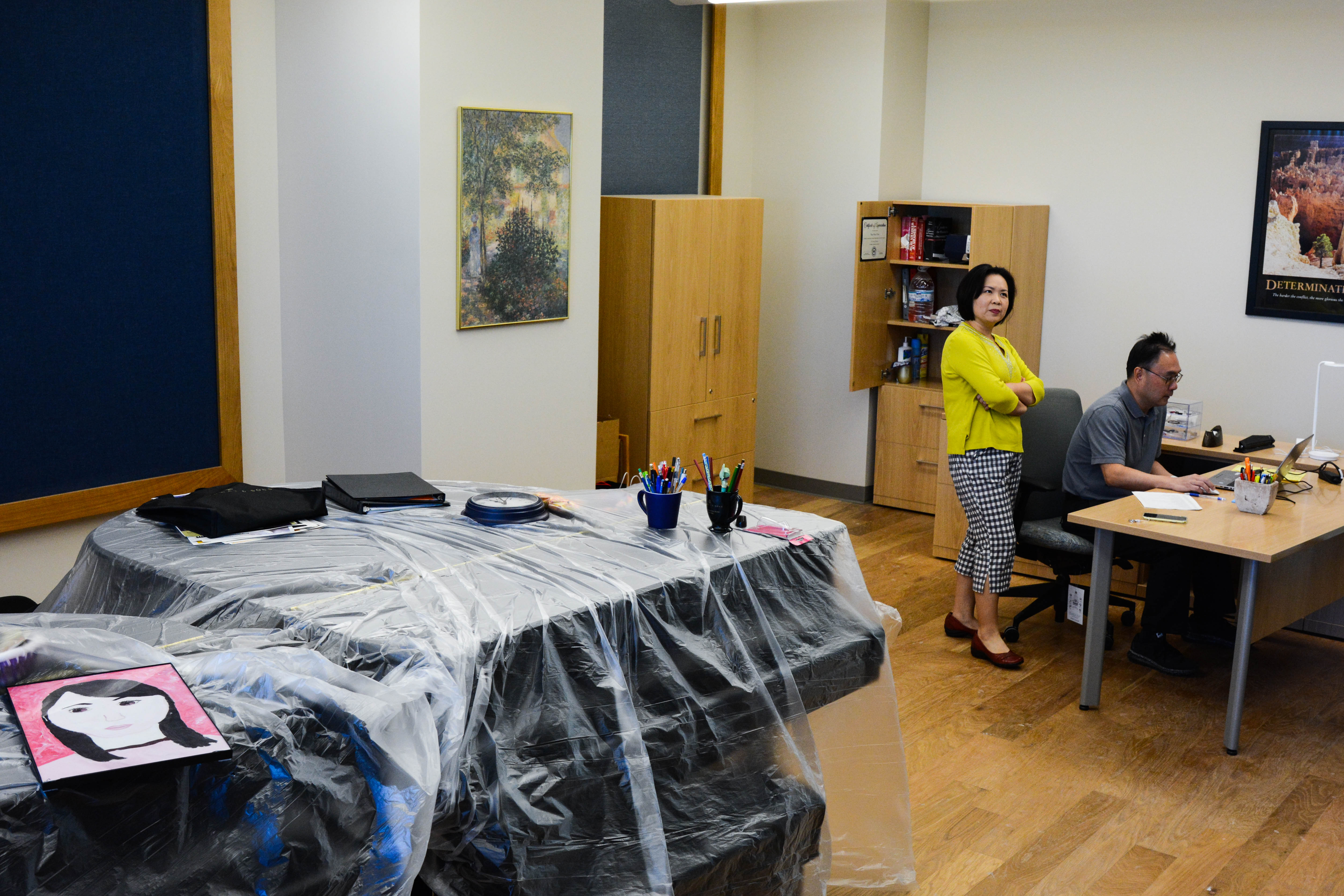 For the first time in two years, students don’t have to battle their way around construction on campus.

The General Academic and Music Building, which replaced the English Building on East Campus, adds 127,500 square feet of learning space and houses the Division of Arts and Sciences and the Departments of English and Philosophy; Communications, Languages and Reading; Mathematics; and Social Sciences.

Isabella Fuentes, a studio art major, attended last semester and is happy to see the construction over with and the GAMB finally open.

“I’m so glad the construction is over with and this building is gorgeous,” Fuentes said. “It’s so clean and everything is so nicely done.”

Students had been forced to detour around the construction zone in the center of campus for two years. The fences limiting access have now been removed.

The GAMB consists of four interconnected buildings. Mike Anzaldua Plaza, a place for students to gather and relax, is center to the buildings.

The buildings are three stories and lined with glass windows for a view of the campus.

“My favorite part is the plaza. It’s beautiful, really relaxing, and a nice place to study,” said Abigail Sanchez, a nursing major.

The project, which was funded by a $157 million bond passed by voters in 2014, was originally supposed to be completed in August, but the opening of the building was delayed until this semester.

The building itself cost $46 million and was designed by Richter Architects and BRW Architects.

Other projects that are being funded by the bond include the razing of Heritage Hall as well as the renovation of other buildings including the Harvin Center, Heldenfels and Memorial Classroom buildings, and the White Library on East Campus.

A timeline for those projects was not immediately available.