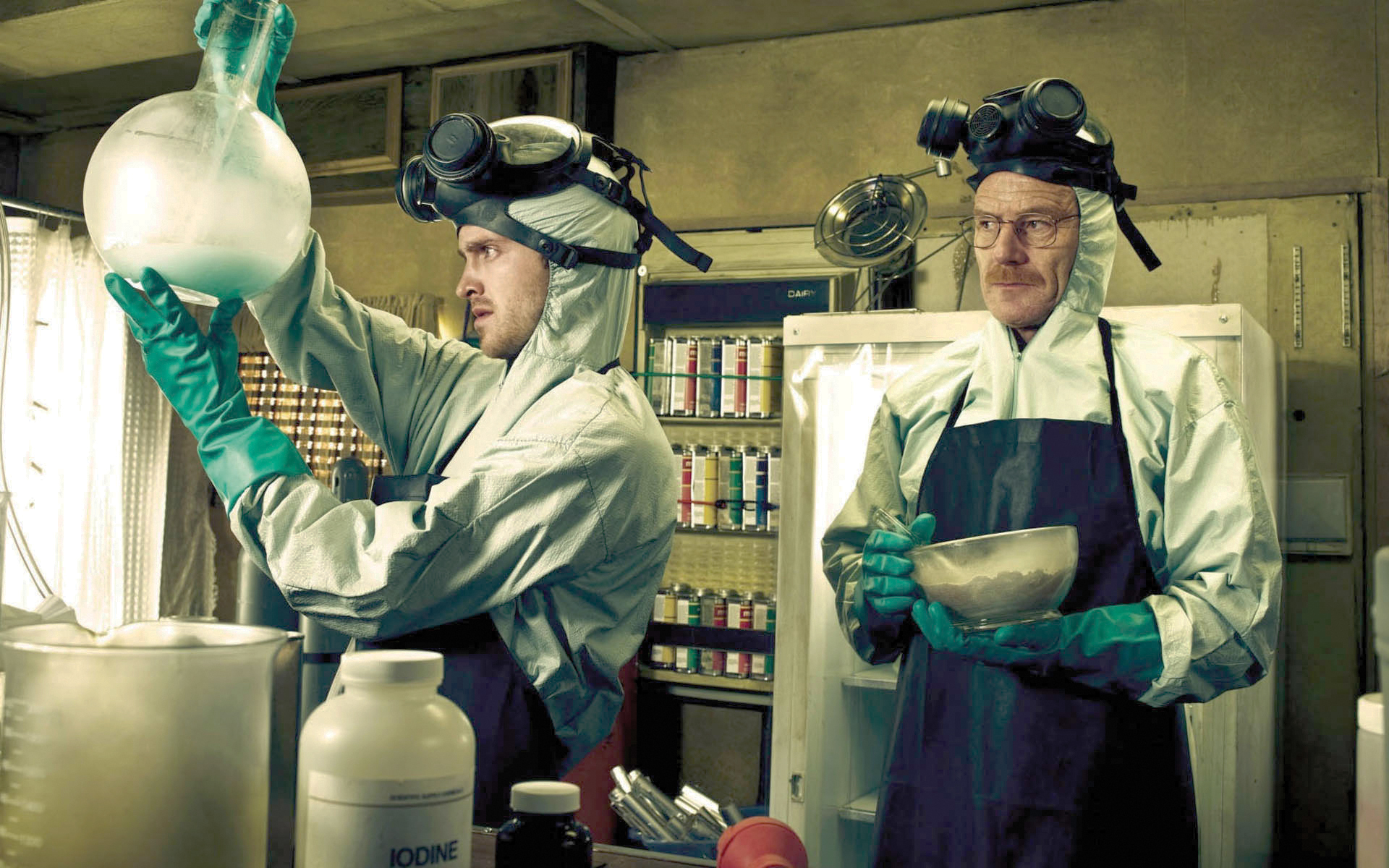 I’m a junkie for a good television show. I have seen all of “Roseanne,” “Parks and Recreation,” “The Office,” “Buffy the Vampire Slayer,” “Sex and the City” and plenty more.

With this column, I thought it would be fun and interesting to watch a show I’ve never seen before but only watch the series premiere and the series finale. I’ll explain what I’m seeing for the first time with both episodes and then give my opinion on the show.

We polled our followers on Twitter to what show I should start off with first. The choices were “Breaking Bad,” “The Vampire Diaries,” “New Girl” and “The Golden Girls.” With nearly half the votes, I ended up watching “Breaking Bad.”

Starting the first episode, I wasn’t expecting to see Bryan Cranston driving through the desert in an RV only wearing his underwear and a gas mask. His reckless driving caused the RV to crash, and he hears sirens so the obvious thing to do is go outside and hold a gun to the incoming police cars.

Now the show goes back a few weeks and Cranston’s character, Walter White, is a chemistry teacher and works at a car wash. Let’s start paying our teachers more money people. He’s turning 50, his wife, Skyler, is pregnant and he lives in New Mexico.

Walter has lung cancer and it’s implied he will not survive it, even with chemotherapy. He decides to go on a ride-along with cop friend to see what a meth lab looks like. Walter then notices Aaron Paul’s character, Jesse Pinkman, escaping from the house next door. He says “Pinkman,” so I’m guessing he knows him. He ends up going to Jesse’s house and convinces him to start a business with him in the meth life.

After purchasing an RV, Walter takes a science-approach when making meth, while Jesse tells him it’s a form of art since he’s “cooking” it. After their first batch, Jesse goes to a drug friend to show off “his” work. His drug friend, who is related to the guy who got busted in the meth lab earlier, turns out to be a drug enemy and threatens Jesse to show him who made the meth.

They end up at the RV where Walter sneakily makes deadly phosphine gas to kill the dealers. The show then picks up to where it ended in the beginning, showing the sirens were actually firetrucks going to put out a fire in the desert.

Walter is still coughing a lot, so I’m guessing he still has his cancer. He makes a phone call at a gas station, where gas costs $3.89, implying he’s a writer for The New York Times to get information about someone’s address. After threatening a couple at the address, Walter asks two men about blue meth being made, which I’m guessing is his work by his tone, and gets angry when he realizes that Jesse is alive. So, I’m going to put two and two together and say something bad happened between them.

Jesse is now a woodworker. Perhaps Jesse is an artistic person and wanted to leave the drug industry. Never mind, he’s being held as a captive and being forced to make the meth. The whole woodworking montage was a daydream.

They show Walter’s old house, where he grabs some tiny vial from behind an electric wall socket. Walter also gets an excessively huge machine gun turret. Walter is celebrating his 52nd birthday, so the show has only moved two years into the future.

He meets with this businesswoman and Kirstin Dunst’s fiancé, Jesse Plemons, at a coffee shop. The two weren’t expecting Walter but I’m guessing the three of them worked together before in the drug industry. As Walter leaves them the businesswoman pours some stevia into her coffee, but the focus on the stirring makes me think Walter somehow poisoned her.

Walter and Skyler have a sentimental chat and he gets to see his children one last time before he goes to fight some other drug dealers. He goes to a house in the middle of nowhere, where apparently Jesse is being held. He asks to see Jesse, throws him on the floor and then presses a button on his keys that starts his machine gun to pop out of his trunk killing nearly everyone in the house. Walter asks Jesse to kill him, but Jesse refuses after seeing Walter has been shot and drives away. Walter walks in the building where the blue meth was being made, admires the equipment and falls to his death.

I can see why this show won many awards and had a lot of fans. I was hooked after the first episode. When is Walter going to tell his wife that he has cancer? Why is Jesse weak and lacking a backbone? Who drinks boxed wine anymore? Who makes fun of handicapped people anymore? Why were Walter and Jesse wearing aprons when making meth, but not gloves?

The finale seemed like it possibly closed all of the answered questions. Once I watch the entire series, I will know for sure. But did Skyler cause Walter’s cancer since she is smoking in the finale? And why did Jesse look like a mixture of Haley Joel Osment and Tom Felton in the finale?

All in all, “Breaking Bad” deserved all the awards it won, and I look forward to seeing how the series plays out.