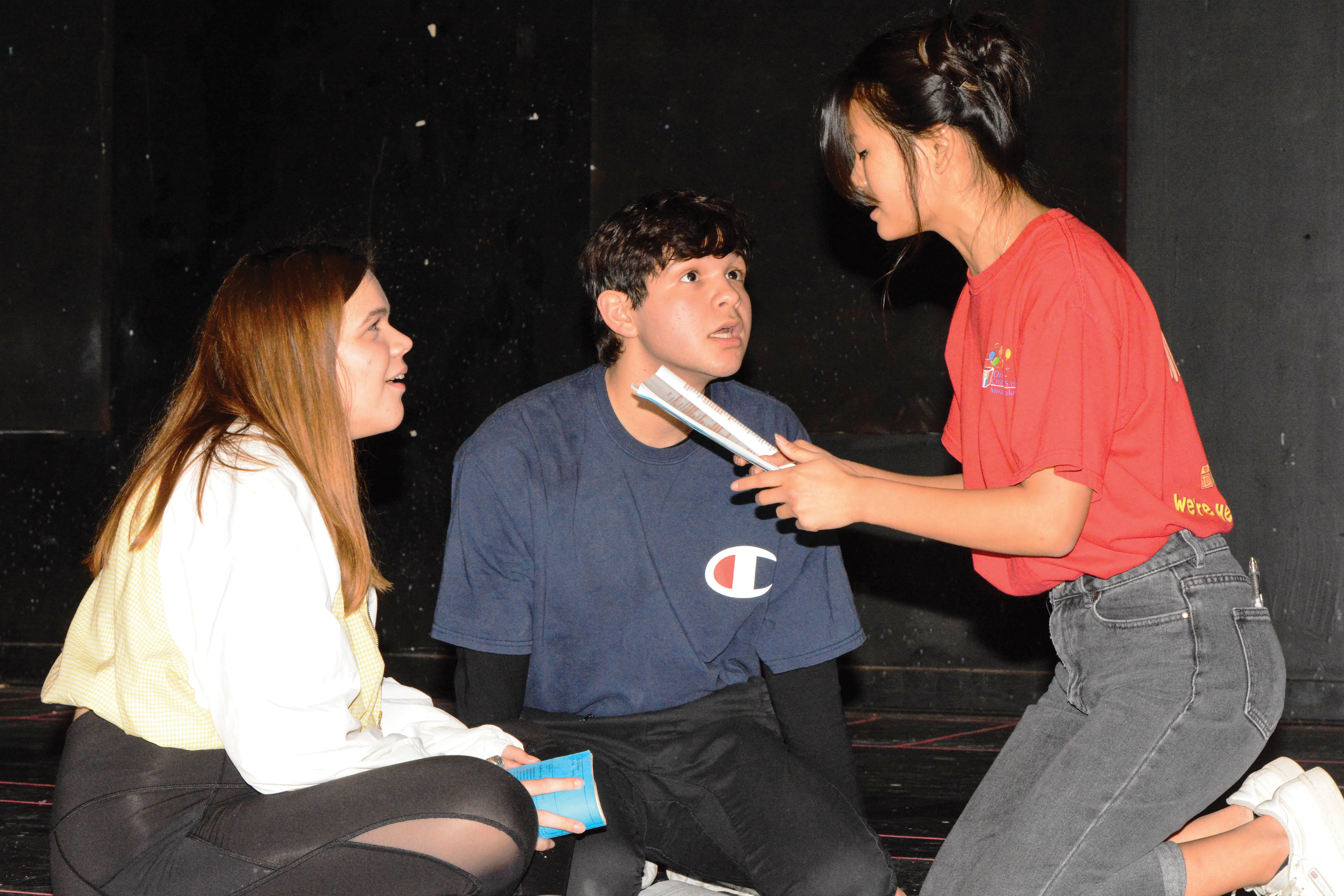 Taking the stage for the first or the last time is no easy task.

The Del Mar Drama Department will host its spring production, “The Diviners,” by Jim Leonard Jr. March 3-7 in the Bartlett Theatre.

Abbi Thompson first took an interest in theater when she saw “The Sound of Music” in elementary school. She then performed in school productions and with the Aurora Theater before taking the stage in college.

With this being Thompson’s first time performing at Del Mar she wants to make an impression.

“I just really hope I can do the show justice because it’s really beautiful and it has a lot of symbolism,” Thompson said. “I play a sister who has to kind of step into a motherly role and protect her brother.”

Thompson has never performed on a thrust stage, where performers are surrounded on three sides by the audience, versus a more traditional stage in front of the audience. She wants to highlight her performance through her facial expressions and voice.

Before students can audition, the drama faculty get together the year before and discuss play options. They also take into the account the amount of students who will be returning and those who audition for drama scholarships.

Instructor Kim Frederick first joined the Drama Department about 32 years ago on a production called “Mouse Trap.”  Since then he has been a part of over 100 productions

The vision constantly evolves from auditions to production as students adapt to the challenge of their character.

Frederick said the production takes place in the 1930s when a disenfranchised preacher who no longer wants to preach stumbles across a small town. The preacher befriends a boy with mental challenges whose mother saves the boy but she is also the same reason why he almost died.

Behind the scenes, Stage Manager Kyrstin Garcia takes charge for her last production at Del Mar. Garcia oversees many aspects of the production, from reporting accidents to giving critiques to actors.

Not only is Garcia the stage manager, she is also a peer. At time, Garcia might hurt the feelings of the actors; however, she must keep the vision of the director in mind.

“I’m second to the director. Whatever I say kind of matters just as much as what the director says, if not sometimes a little more,” Garcia said.

“I think stage managing and production managing is something I’m really good at because I’m really organized when it comes to things that are important that aren’t my own,” Garcia said. “I find that it makes me feel good when I know everybody is taken care of.”

While this is Garcia’s last production at Del Mar, she said emotions have built up as she worked with friends who have grown as actors right in front of her eyes.

Garcia, who plans to graduate this semester, said she hopes to continue working as a stage manager in a city such as Chicago or New York.

The production is recommended for ages 10 and up. Ages 6 and younger will not be admitted. Student appreciation night will be March 5. For more information on tickets visit www.delmar.edu/drama.