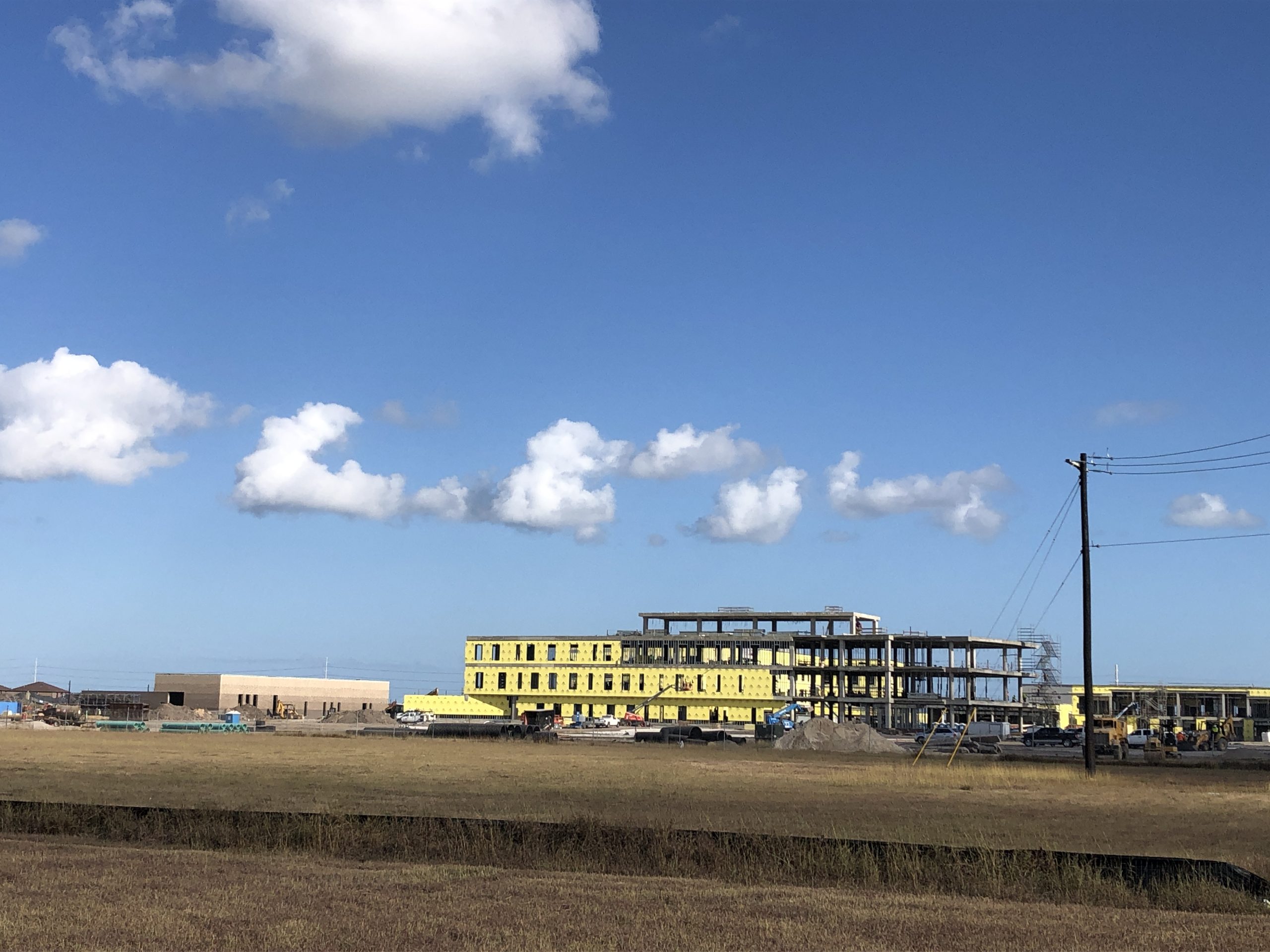 Facility expected to be finished in 2022

Construction of the Southside Campus is still underway and on track despite a year filled with hurricanes and a pandemic.

Del Mar College’s new campus features three areas of study known as the Centers for Excellence. These include architecture and drafting technology, biosciences, and hospitality and culinary arts.

In 2013, the Board of Regents approved a $6 million purchase of 96 acres of land for the new campus, located at the intersection of Yorktown Boulevard and Rodd Field Road. Taxpayers in 2016 approved a $139 million bond to begin construction of the campus.

Despite a pandemic and resulting lockdown that began in April, construction was never put on hold and is still expected to be finished in 2022.

According to Strybos, COVID-19 has not affected construction, and increased safety measures have been implemented.

In October 2019 the Board of Regents approved the final design for the project before construction began in December 2019.

“Construction plans have not changed from what was approved by the Board of Regents,” Strybos said.

The campus will be over 200,000 square feet and feature a central plant, STEM building and hospitality and culinary institute. It will also feature a main building that includes a library, student services, community meeting space, a coffee shop and more.

College officials estimate enrollment at the new campus to be 3,500 students in the first year.

According to a DMC news release, 41 percent of the 12,000 students enrolled in 2019 came from Southside ZIP codes.

“We’re entering a new era by building this state-of-the-art, taxpayer-approved campus along what we call the education corridor running from London ISD to Flour Bluff and including the two area Texas A&M universities,” said DMC President Mark Escamilla.

Professors from the programs that will be moved to the new campus have been involved with the process since the beginning.

Lisa Pollakis, associate professor of hospitality, said they are excited about the new facilities.

“All three faculty members have been involved since the beginning phase of the planning and design process,” Pollakis said. “We are still working with the team to select furniture and equipment.”

The Hospitality and Culinary Institute will be almost 60,000 square feet and will feature teaching spaces, kitchen labs, a coffee shop and public-accessible restaurant/dining facilities.

Escamilla said the new campus will provide students with some of the best educational opportunities available.

“These nationally recognized programs, including biosciences, culinary arts and architecture and drafting, are setting benchmarks in educational distinction and student success for other colleges to emulate,” Escamilla said.