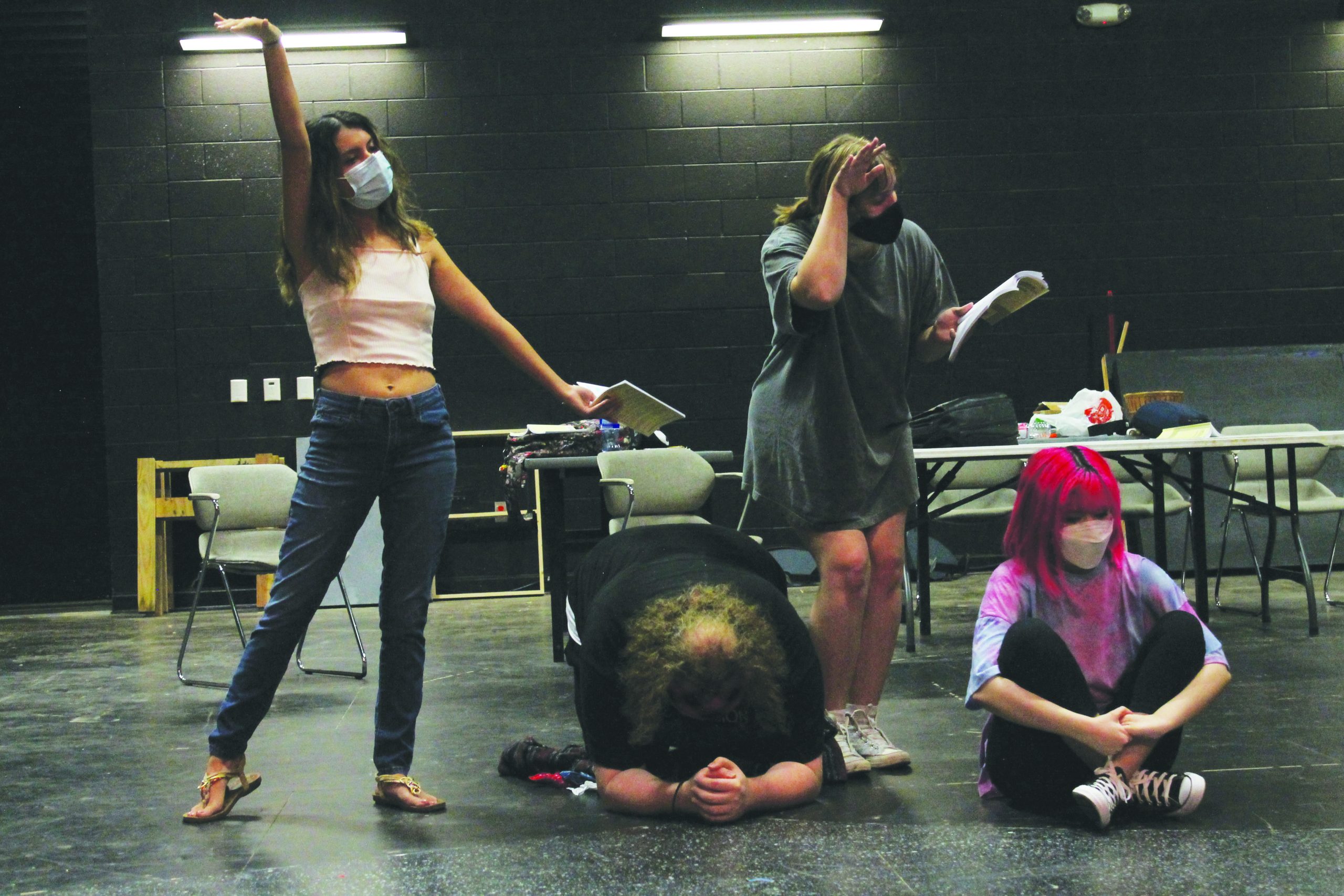 After over a year of no productions due to COVID-19, the Del Mar College Drama Department is finally back. Drama students started their 2021-22 season off with director Carl Yowell’s interpretation of “Circle Mirror Transformation.”

The Annie Baker play, which opened Nov.5 in the Finley Theatre, is about a group of individuals who find themselves experiencing heartbreaks and breakthroughs during a six-week session of a community center drama class. Audience members grow with the characters through each of their unique journeys. This play highlights the impact others have on someone’s life even in just a short time frame.

The lights illuminated a stage set to look like the inside of a community center room: basic. Four tan yellowish walls. Two bulletin boards. One beer pong-esque white plastic table. And a few foldable chairs. However, the scenes that took place in that basic room had the chance to take audience members on a journey that ultimately felt short-lived.

While the script written by Baker showed range and growth from characters throughout a six- week period in a community center’s drama class, I was left on opening night wanting more character development. With each week passed demonstrated by an addition to or change in costumes and an electric sign placed above the set that indicated the week number, the actors themselves took us on a one leveled journey with vocal patterns that were similar to the recited opening lines.

The actors did take the audience on some fun as we saw the inner workings of improv games. The vibrance in costumes added a layer of detail that helped breathe more life into the characters.

Taking the stage is no easy feat and these actors took the stage fearlessly even amid a pandemic, showing there is great potential for the Drama Department this season