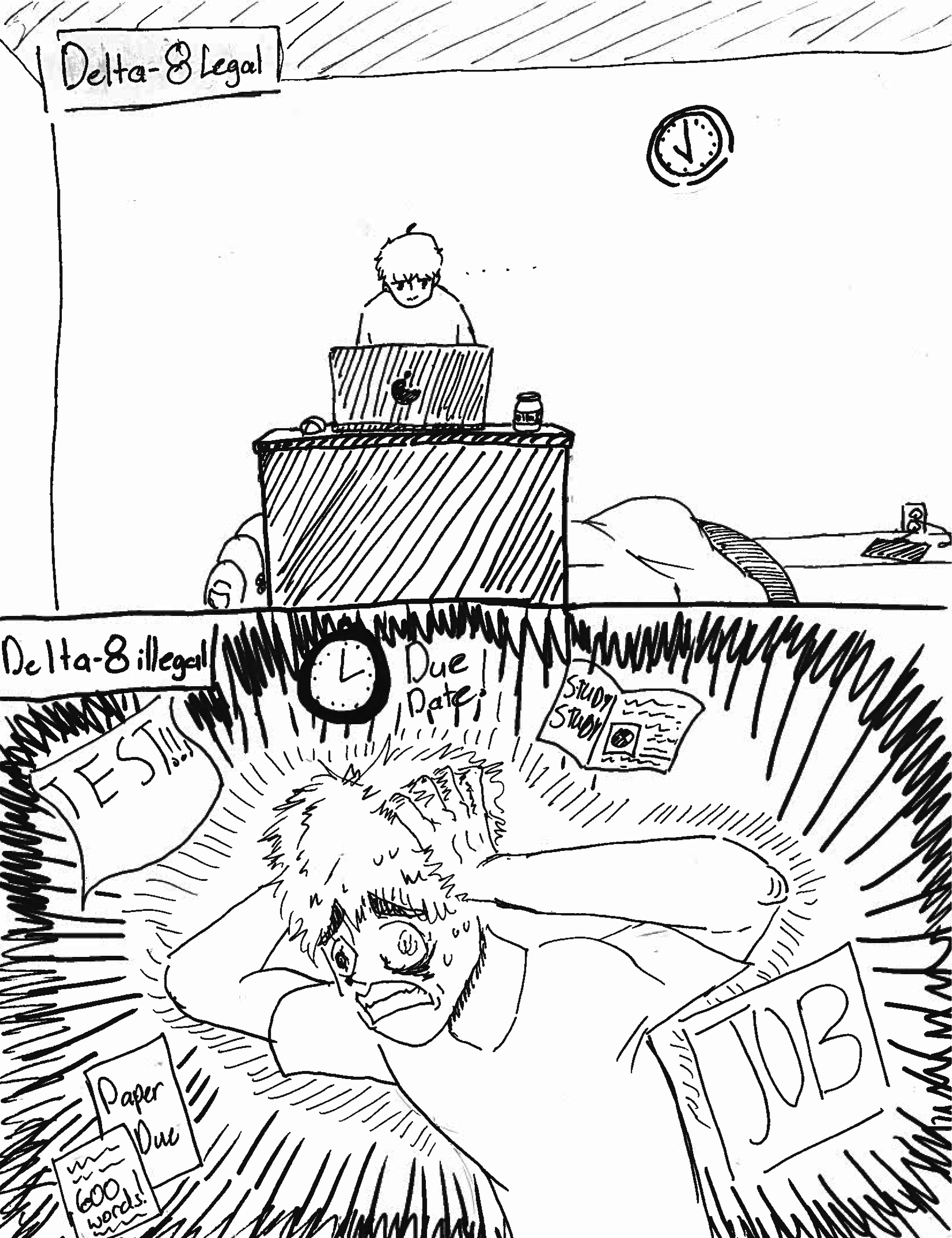 Texas has become the 19th state to ban Delta 8 after the Texas Department of State Health Services updated its Consumable Hemp Program, classifying it as a Schedule I controlled substance. Possession of any form of the substance, even in small quantities including vape cartridges or gummies, is a felony punishable by up to two years in prison and a $10,000 fine, the department announced in early October.

Hemp-based Delta 8, once carried at many CBD specialty stores, contains less than 0.3% THC, below the levels of Delta 9, or what most people know as marijuana. Because of this, many referred to it as “Weed Light.”

Delta 8 THC, a cannabinoid, is found in small traces in hemp and cannabis plants. It gained popularity due to its similarities to its cousin, marijuana, to produce a euphoric, fuzzy feeling. Delta 8 produces a “milder high,” according to users.

Delta 8 was previously considered legal in Texas after the Farm Bill of 2018. The Texas Health and Safety Code, chapter 443 that was established by House Bill 1325 during the 86th Legislature in 2019 allows consumable hemp products that do not exceed 0.3% THC.

People who purchase the product include the elderly, combat veterans and others who suffer from chronic pain, anxiety or PTSD. Unlike marijuana, therapeutic use is more common than recreational use.

According to WebMD, users claim the benefits include calming nausea and preventing vomiting during cancer treatments, boosting appetite and pain relief. Unfortunately, there is no real documented research available yet and some reported side effects include drowsiness and low heart rate.

Delta 8 is legal in 27 states and under review in the remaining four, but there is a push by federal lawmakers to outlaw the substance and many in the hemp industry, including dispensaries and locally owned small business that specialize in the sale of CBD and hemp products are fearing the potential negative impact in an already slow economy.

With the continued advances in the legalization of marijuana in 36 states, including Texas for medicinal use, state lawmakers need to take a stance to avoid moving backward in what could potentially see a decrease in tax revenue, the closing of many small businesses and an increase of self-medicating abuse of other alternatives such as alcohol and pills with harmful side effects.

During a time where we are facing an ongoing border crisis, a global pandemic, a suffering economy, human trafficking, a mental health crisis and much more, we would be taking away a resource that has the potential to help alleviate some of those issues with taxes alone, much like taxes on alcohol sales.

Instead, states are asking law enforcement to waste valuable resources and our tax dollars by declaring a war on something less harmful than alcohol and cigarettes.

One thought on “EDITORIAL: Delta -8 reversal bad for all Texans”