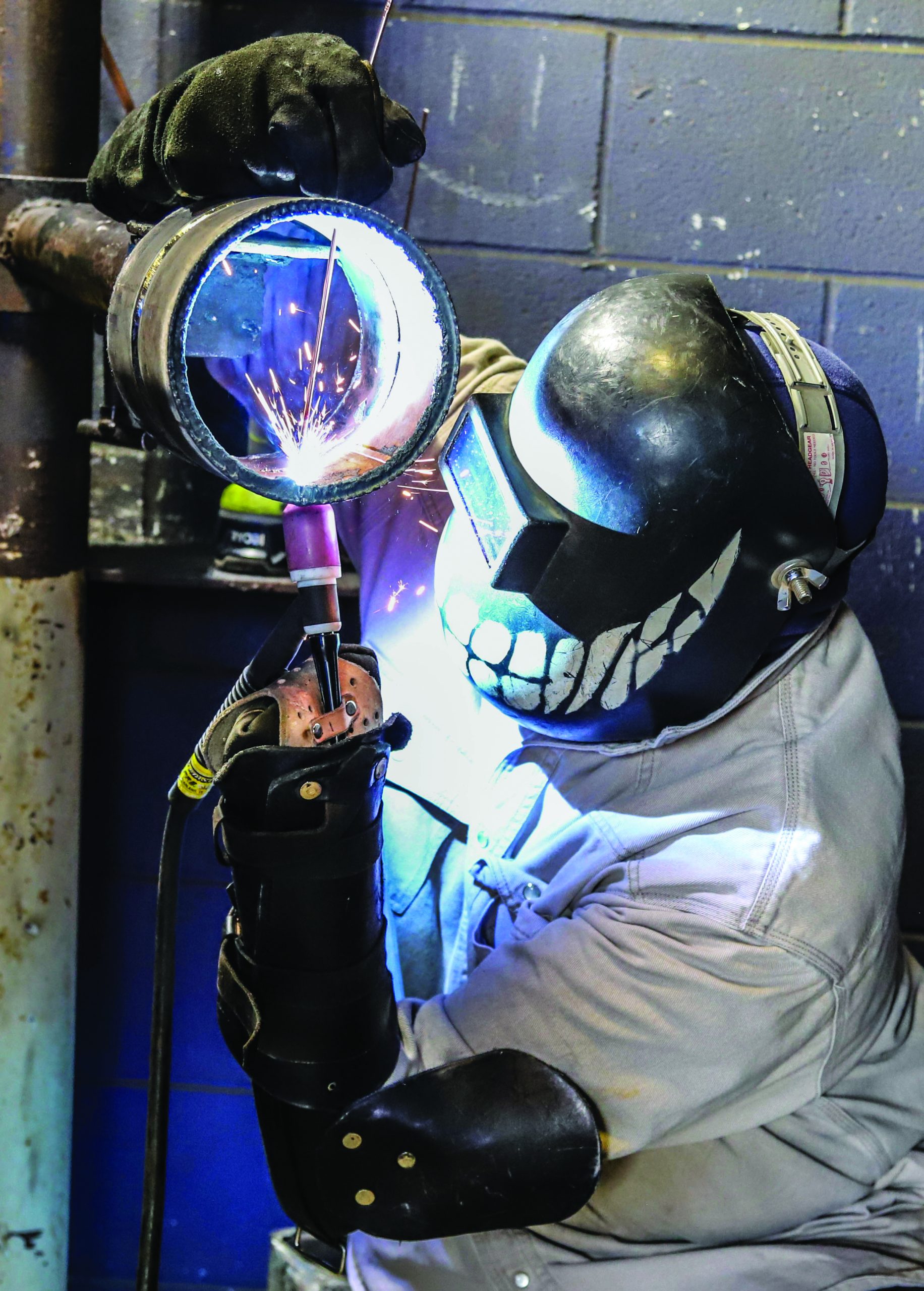 Even though Joe Cruz was born with just one hand, he learned early on in life he could accomplish anything he set his mind too.

With encouragement from his parents, Cruz, 27, is a student in the welding program at Del Mar College and will be finishing his associate degree in welding this fall.

According to Cruz, his mother was nervous about him working with welding equipment. Cruz says he understands it is “dangerous and with me having one hand she probably thinks it won’t end well.”

Cruz said his mom is just like any other mother — “overprotective,” especially when it comes to something as dangerous as welding. But her pride outweighed her fear.

“After I showed her pictures … of my progress on these welds both of my parents are proud of me,” Cruz said.

“First I started off with stick welding” Cruz said. Stick welding is when the electrode and metal both melt to form the weld, while using an electrode holder. “This one was simpler enough to use one hand.”

Cruz later advanced to more difficult welding tasks such as tig welding, which involves using a torch and filler rod. This meant Cruz needed to make a protection for his arm with a leather guard. He said the technique involved a lot of “hand and eye coordination, and that was a challenge for me.”

Cruz said this journey of “making and rigging” things to protect his left arm from getting hurt from the “splatters of hot metal” was not easy — this was definitely something he had to overcome.

Cruz was not alone. He had the help of his professors and past instructors who taught him how to use the torch, and how to stick and tig weld.

“Cruz is a very smart and determined student,” said current instructor Agustin Martinez. “No matter the task Cruz always finds a way to get it done.”

Cruz not only encourages others who have disabilities, he also works in the math tutoring center, where he helps tutor others to learn different math skills.

“Hopefully if other people do see this they can be able to take reference of what I do to inspire them,” Cruz said. He also hopes to embolden others who have disabilities to not give up and “continue with their challenges.”