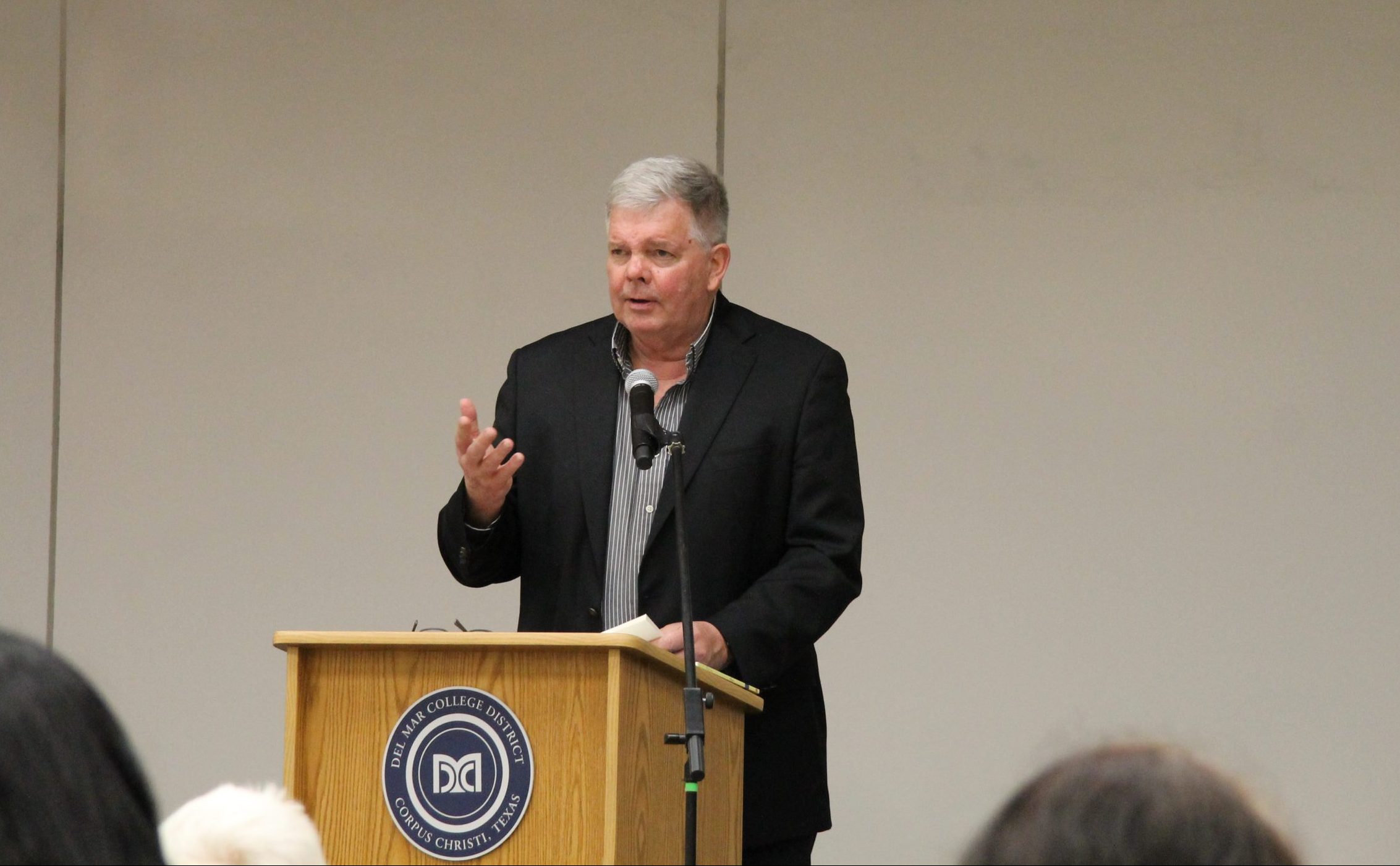 As Bilgere made his way to the podium, he donned a stylish pair of reading glasses, warmly greeted those in attendance and began with “Push,” a poem from another book about the peculiar nature of being a witness to childbirth. Despite the poem’s subject being an awe-inspiring experience, Bilgere opted to write it in a manner that emphasized the mundane small talk between a doctor and nurse on such a big day.

Before reading a majority of the subsequent poems, Bilgere established context for each one. Small explanations would last no longer than five minutes, but they did a wonderful job of establishing understanding and rapport between speaker and listener.

The stark emotional contrasts between the situations he described and his perceptions of each one aroused laughter among the crowd and set the tone for the remainder of the reading.

According to Bilgere, his poems are inspired by “scenes from real life.” Even when dealing with less than pleasant topics like death, aging, and longing for elements of the past, Bilgere had a knack for finding humor in just about any facet of mortality.

At the end of the event, which was part of National Library Week, Bilgere expressed his pleasure regarding the event’s turnout and said he enjoyed his time in Corpus. Roughly a decade has passed since his last visit to Del Mar College.

“The target audience has changed over the years. … When I was in my late 30s, I started writing about being middle-aged and my target audience was middle-aged people. Now, it’s people sort of like my age, so it’s changed a little bit,” Bilgere said. “The people who probably don’t read my poems are the super serious poetic types.”

Bilgere said reading his poems aloud gives them a refreshing sense of poignancy and meaning.

“I think poems exist to be read aloud. … When I read my own poems aloud, I just like them a lot more than I do lying there on the page,” he said.