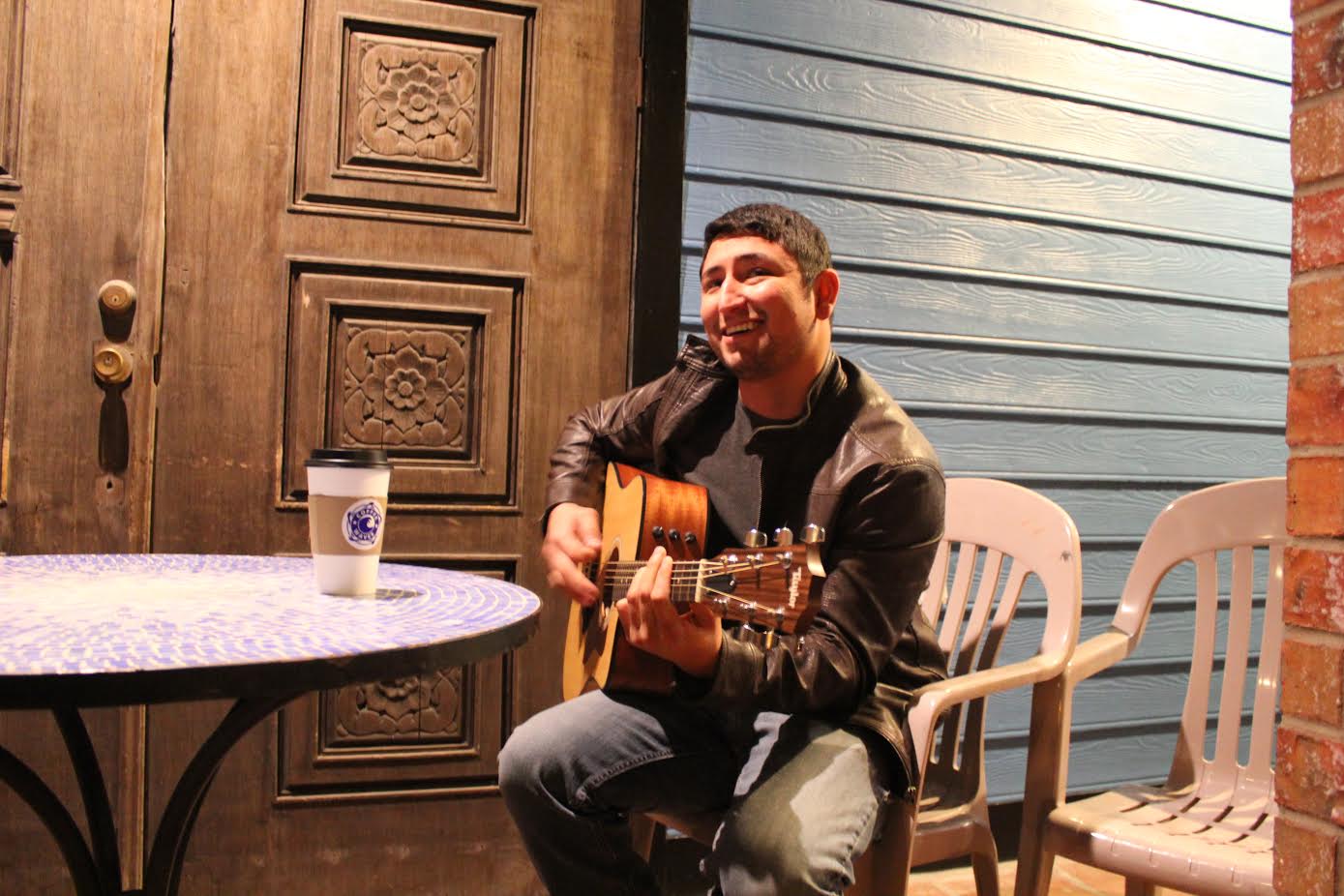 Corpus Christi native Justin Fira has recently been the talk of the town, but it’s not exactly something he’s shying away from.

“I’ve actually been interviewed by a couple of people since the season premiere aired,” said Fira, 25.

With the airing of the season 13 auditions of “American Idol” from Austin, Fira has received copious amounts of publicity and he’s taking advantage of every ounce of it. While the clip of Fira singing and playing guitar to Maroon 5’s hit “This Love” displayed a confident and collected attitude, the journey to that moment was a tedious and exhaustive effort.

Between hours of travel to and from Austin and hotel fees, the road to fame cost a little over $300. With the help of his sister, Courtney Fira, who stuck beside him the entire way, the expenses were evenly distributed and provided more ease for the singer-songwriter to focus on and achieve his ultimate goal.

With his humble beginnings at Executive Surf Club’s and House of Rock’s open-mic nights, Fira had the self-assurance to audition for “American Idol” back in 2012, which led to other opportunities to build on his talent.

The idea to audition the first time around came from unlikely source, Margie Salazar, a plastic surgeon. During a lull at work one evening at his valet parking job at Spohn Shoreline, Fira whipped out his guitar and began singing to pass time. Salazar overheard and requested “Valerie” from Amy Winehouse. Blown away with his talent, she gathered all available information to help Fira begin his journey to stardom.

Unfortunately Fira didn’t make the cut in 2012 but that wasn’t the end of the line for him. After running into old friend Aaron Salazar, the two got together and formed KindaSmooth, which received a pretty consistent following at Sparrow’s Landing, a bar on the island.

“I had been playing in bands my whole life so I was still trying to get acclimated to playing on a stage by myself,” Fira said. “I hadn’t heard from Aaron in a couple years and I ran into him one day and he asked if I wanted to get together and jam sometime.”

KindaSmooth landed their first gig at Cowgirls Saloon in Kingsville, where they opened up for a Spanish-rock band.

“A.B. Quintanilla was there! I was so nervous, I didn’t even know all the songs yet,” Fira said about playing in front of Quintanilla, brother of fallen pop star Selena. “Musicianship-wise, I just wasn’t on (Aaron’s) level.”

With the consistent gigs KindaSmooth had, Fira was able to build on his stage presence and showmanship, ultimately leading him to apply for season 13 of “American Idol.”

With a golden ticket in hand and an opportunity to show America and the celebrity panel of judges what he had to offer, Fira advanced past the initial auditions. The reaction of friends and loved ones once the season premiere aired was something Fira may not have anticipated.

“I guess people thought what they were seeing on TV was live but that was shot back in September,” Fira said. “Once they showed my clip I got about 300 text messages congratulating me and asking if I was talking to Ryan Seacrest at that very moment (laughs).”

Since the premiere, a songwriter in Nashville has contacted Fira, interested in a collaboration. The two will get together this summer after Fira graduates from Texas A&M University-Corpus Christi.

“It’s just awesome to see how one opportunity has already opened up another opportunity for me,” Fira said.

To be a part of Fira’s experience, tune in to Fox at 7 p.m. Wednesdays and Thursdays. Until recording starts up again, you can catch him at any given local bar connecting with the people who got him where he is today.