The infamous Benys brothers, Robert and Andrew, co-founders of local band Microphonic, sat down with me and Kaliegh Benck at Hacienda Vieja to talk about their new music while enjoying some delicious tacos.

Kaliegh: How often do you practice since Julio (Correa, guitar) lives in Austin?
Robert: Not that often. We’ll usually split it up into group stuff like I’ll practice with Erikh (Whitworth, drums) whenever we can. Me and Andrew live together now so we practice like all the time but Julio will be able to practice like once or twice a month. It’s hard to do but sometimes we’ll go up there and we’ll rent out a practice space.

Tera: What are your rehearsals generally like? Do you just get in and get out or is there more to it?Robert: It’s more relaxed than just getting down to business. We try to go over everything that we could possibly play and then we try to go over new things. We try writing, jam a little bit and just work on stuff.

Kaliegh: Are you working on anything new right now?
Robert: Oh we’re always working on something new. You get stale and you get tired of being in a band if you don’t work on anything and you play the same sh** all the time.

Tera: So are you close to recording soon?
Robert: Well we actually have been recording…

Waitress: Are you ready to order?
Robert: Oh yeah, I’ll have one taco pastor and a barbacoa taco.
Waitress: The what?
Robert: The Barbra…bar…I can’t say it. The barbeque taco.
Andrew: Two bacon, egg and cheese taquitos.

Kaliegh: All right so songwriting wise, is there one particular person that does lyrics, someone who does melodies and things like that or is it just all collective?
Andrew: It’s mostly just Robert with the lyrics and melodies.
Robert:  Most of that stuff…
Andrew: We all do our own part basically.
Robert: Basic song structure and it’s about eight minutes long, very uhm … unnecessary length. I try to stick too much stuff into it. There are some lyrics that Julio and I have wrote together but most of the time it’s just me for that. And then we all work out structure and parts.

Tera: Is there a theme or topic that you guys push more toward or is it kind of just whatever you’re feeling?
Robert: Lyrically the old stuff is all about girls and then I realized I was just singing about girls so I tried to write more about…
Kaliegh: You’re writing about boys now?
Robert: (laughing) Yes, I’m writing about boys now mhmm. It’s a broad audience. I felt like we were connecting with the guy market ’cause they could relate to ya know, “girls ugh.”
When we played open mics, or we played shows I had no lyrics written, especially for that EP. There were no lyrics written until we went into the studio but a lot for them we’re like pieces “Oh I like this and I keep repeating this” so I would slowly put them together.
When I piece together a song like that it’s usually half based on something true and not always something that happened to me. Something that happened to someone else and talks to me. I’ll be like, “Ohh cool.” then throw that into something else because I don’t want that person to know it’s about them.

Kaliegh: Have you ever had someone ask you if a song is about them?
Robert: Yes! Plenty of times, and I’m like no. Technically yes, technically no because it’s not completely all about them. Know what I mean?

Tera: How was South by Southwest?
Robert: It was all right. I mean uhm… (shovels a mouthful of chips and salsa into mouth)
Andrew: (laughing) It was all right. The show we played, it was outside and it rained like 30 minutes before so, that was fun. Not a lot of people showed up for that. Plus it was during the day so…
Robert: We were able to bring in some people from the street because we were on top of the roof and if you went downstairs, it was completely empty in there but upstairs there were people. Last year we played on Sixth Street, in a bar right next to the sidewalk so we got a lot of people coming in and out being like “ohh that’s cool.” Not so much this year. 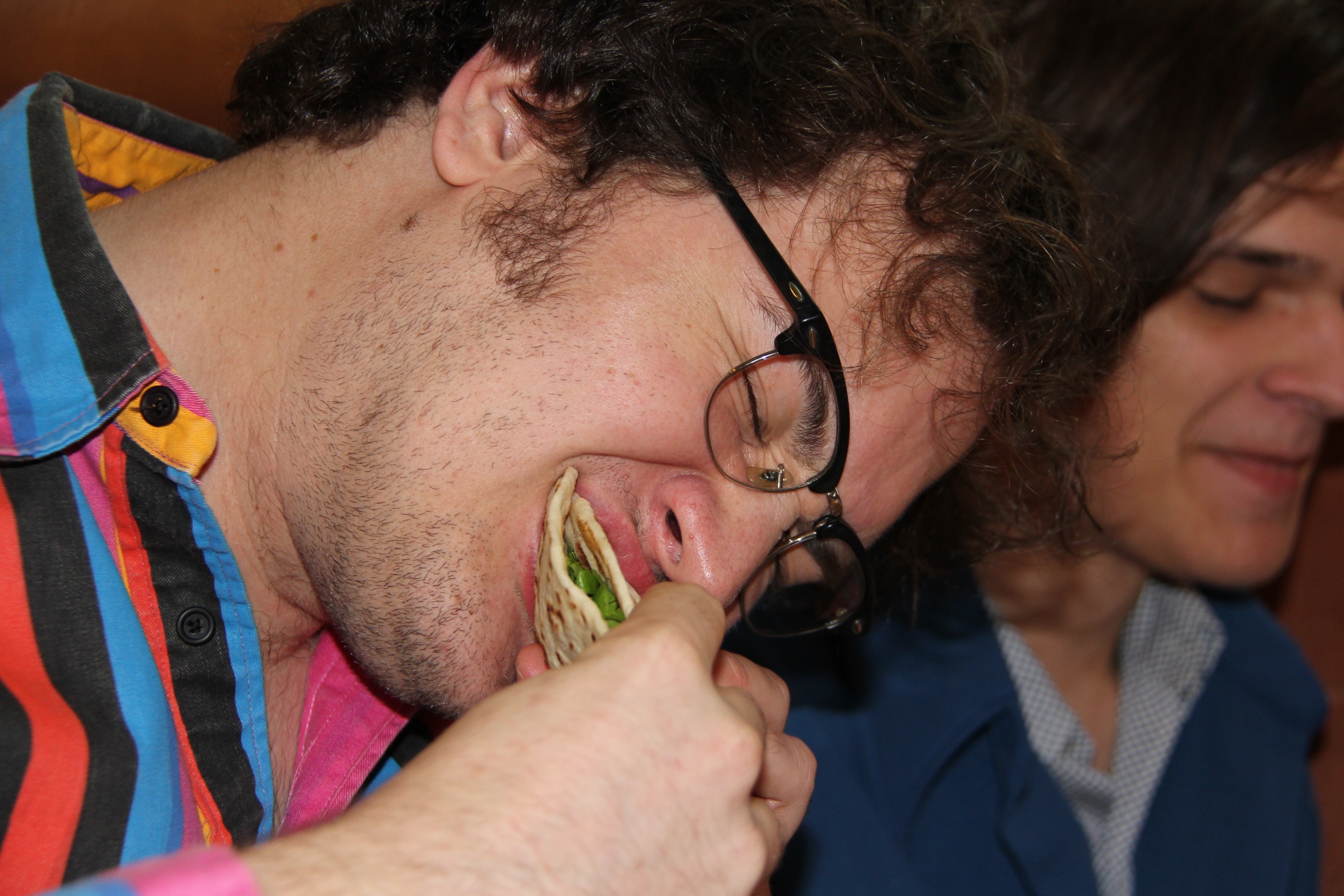 Food arrives.
Kaliegh: Oh my God that looks amazing.
We took a small break to enjoy the first few bites of our freshly made tacos and then ventured on with the interview.

Kaliegh: OK, so what are some of your favorite places to play here in Corpus?
Robert: When Threads was downtown we used to play there all the time. Since it moved they don’t have a place for us to play.
Tera: Yeah, I was gonna say they don’t really have a place now.
Robert: We played a couple of acoustic shows there but I’ve brought all the sound systems for it.

Kaliegh: Are you trying to make this a career or is it just a hobby?
Andrew: Uhm … I want it to become a career. But I like to prepare for it not to be. Our parents, or at least our mom prepped us that way.
Robert: I’m working on my computer science degree as my backup.
Tera: What’s your backup Andrew?
Andrew: Graphic design.
Tera: Why do you seem so sad about it?
Andrew: College isn’t really for me so I’m not gonna go to college next semester. Gonna try to move straight up to Austin and get a job with my uncle.

Kaliegh: If someone hasn’t heard your music before, what song would you recommend they listen to so they can get the full Microphonic experience?
Robert: The new one that we just put out. “I Don’t Blame You.” We actually have three songs that are done, they’re ready to be put out but we wanted to put one out there that accurately described what the album is gonna sound like but also kind of a bridge between people who like the EP and also like the new stuff.

Tera: How were the tacos?
Robert: They were delicious.
Andrew: It was great. Fine and dandy.

Stay up to date with all things Microphonic by following them on facebook.com/MicrophonicMusic. 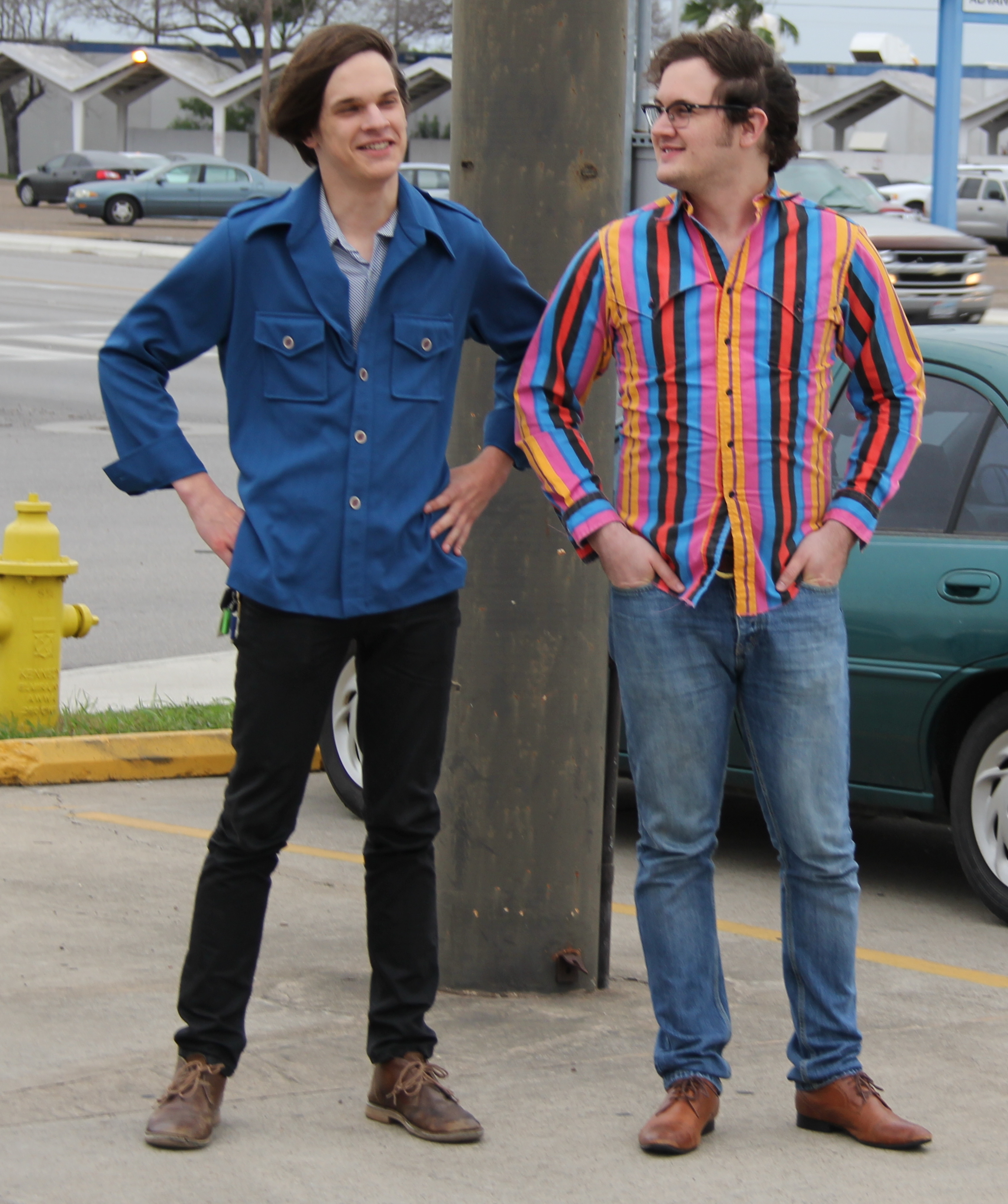