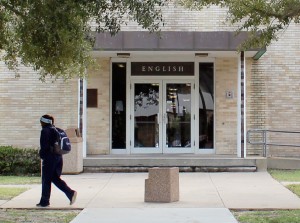 $157 million to be
spent on East and
West campuses

On Nov. 4, voters approved the bond by a 60 percent to 40 percent margin. The bond allows DMC to use $157 million dollars to make changes to the East and West campuses.

“I was very happy with the 60 percent vote,” Del Mar College President Mark Escamilla said. “It’s a tremendous relief to know the voters supported us.”

The last time DMC had an approved bond was in 2003. That bond was completed in 2009 on time and within budget. There was also a 2008 student revenue bond worth $25 million that allowed for the music and performing fine arts building renovations, which were also completed.

The planning for the 2014 bond started before the vote with idea that if the bond was approved the plan could be moved ahead immediately. The bond works by allowing a bond counsel put together the expectations of a building plan so that DMC borrows money as it needs it, in small increments to complete what it needs at the stage it needs to complete it.

There will be some major renovations including repurposing the Heldenfels administration building into a student enrollment center on East Campus and moving the administration staff to the Memorial building temporarily.

“This building (Heldenfels) used to be the student enrollment building when I was a student in the ’80s,” Escamilla said. “It will be repurposed for that. It will be gutted and totally renovated to accommodate the new space for our students, keeping them in mind.”

The breakdown of the money that’s going to each campus is $117 million for East Campus, $38 million for West campus and $1.8 million for the Yorktown expansion, making a total of $157 million. For more information about the Capital Improvement Program (the 2014 bond) go to www.delmar.edu/cip.

The bond is in the DMC president’s hands to make sure the money and projects stay on task. The DMC Board of Regents oversees what the president does and keeps him on task. The Board of Regents just had an election as well, and Guy Watts won for Del Mar College Regent District 4 with 58 percent of the vote. Carol Scott and Nick Adame won the two at-large seats. Scott received 30 percent of the vote, while Adame received 23 percent. 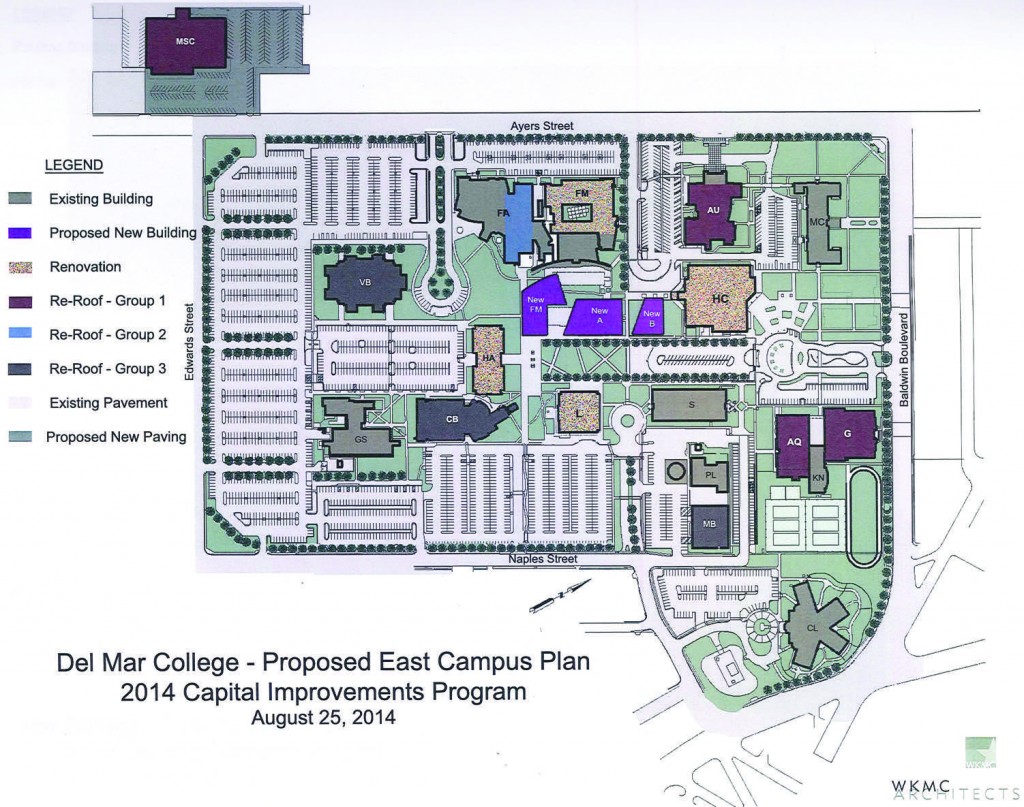 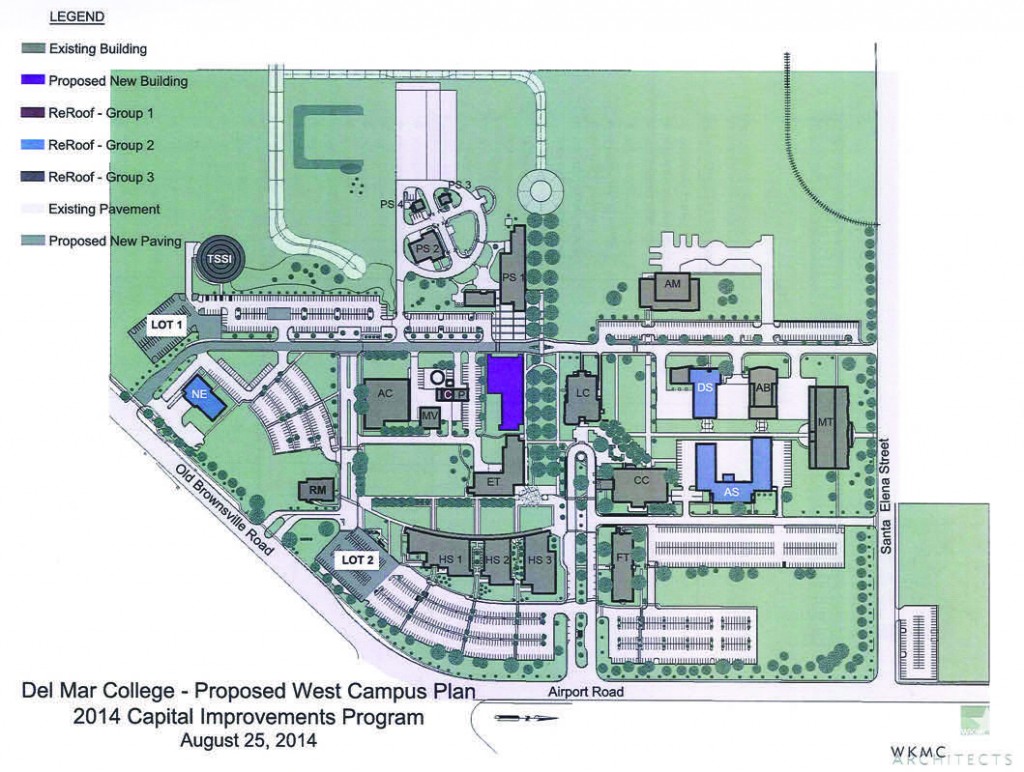