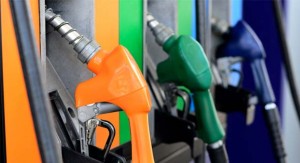 According to AAA.com, gas prices dropped to an average of $3.20 nationally during the holidays in 2013, an all-time low for the year. In 2014, according to AAA.com, gas prices have decreased to about $2.60 in Texas and continue declining. The main cause of this decline, the drop in cost of crude oil, may further result in cheaper gas prices. If the petroleum prices continue to drop because of a decrease in demand, prices will follow. If the global economy further weakens, as some economists predict, petroleum demand and prices could drop even more, according to AAA.com.

This continued decline in gas prices is here just in time for the holidays, so traveling and shopping will be more affordable.

Tabitha Rascon, a biology major at Del Mar College, will be traveling to San Antonio with her family this winter. According to Rascon, saving money on gas will allow her family to loosen up on their budget and spend more on the family.

Psychology major Bianca Rodriguez plans to take advantage of the declining gas prices as well. Rodriguez and her family plan to go to either Houston or Kingsville this year.

“We don’t have to worry as much about gas this year,” Rodriguez said.

There are both positive and negative effects in this decline in gas prices. According to Patrick Crowley, a professor of economics at Texas A&M University-Corpus Christi, the negative side, though not yet apparent, is possible. If the production of oil increases, the demand will decrease in comparison and people in the oil field may lose their jobs, he said.

Today, oil prices are about $75.82 a barrel locally and $77.00 a barrel overseas, with Eagle Ford being the cheapest on the mainland in the United States, according to Crowley.

Gas prices have declined at the fuel pump because of oil production rates, but the price of plane tickets in Texas has not flinched.

Although airlines share the benefits of lower fuel costs, Texas competition is small, so prices will not compete with each other as they will in other states, according to Crowley.

The question of whether to take the plane or clean out the car for additional legroom remains and the answer lies mainly in a family’s budget. This winter, many students will be making the trip home or somewhere to visit family. For those who drive, Christmas may come early in the form of lower travel costs.