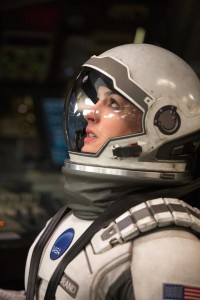 Director Christopher Nolan has returned with his sci-fi epic “Interstellar.” His brother Jonathan co-wrote the script and the film was produced by Nolan’s wife, Emma Thomas.

A global event known as “blight” has killed off Earth’s food crop, where corn is the only source for food.  The audience is introduced to Cooper (Matthew McConaughey), a former pilot running a farm with his father-in-law Donald (John Lithgow), teenage son Tom (Timothee Chalamet) and youngest daughter Murphy (Mackenzie Christine Foy), who believes their house is haunted. She and Cooper soon learn these “ghosts” are using gravity waves to send binary coordinates in the dust. These coordinates lead them to an undisclosed NASA location. While there, NASA scientist Professor Brand (Michael Caine) is leading a space exploration mission.

“Interstellar” hosts a number of colorful and interesting characters.

Most sci-fi films have little emotion, but “Interstellar” is full of it.

Cooper — after learning 23 years has passed while exploring a watery planet for several hours — emotionally watches video messages of his children growing on Earth. Another scene shows him comforting Murphy before leaving her and his family.

Nolan shot “Interstellar” with IMAX cameras and in 35mm. The visual effects outshined his previous films, “Inception” and “Batman: The Dark Knight Rises.” 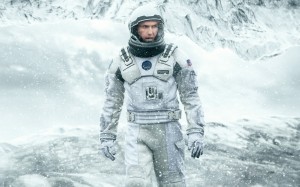 “Interstellar” shares many similarities with “Contact.” Both have minimal use of special effects and do not take it too seriously. We also see them communicating or exploring space differently without seeing aliens whatsoever.

The film suffers from a few issues often seen in sci-fi movies.

The dialogue is hit and miss, leaving audiences confused and lost through out the entire film. It also faces sound mixing problems where some scenes are loud while others are quite.

Nolan has come a long way since his first film, ”Following,” released in 1988. He then gain international success with “Memento” then later “Batman Trilogy.” He is one of the best modern-day sci-fi directors outside of Steven Spielberg and James Cameron.

Being a fan of Nolan and sci-fi in general, I highly recommend “Interstellar” despite the mixed criticism and noticeable small issues. 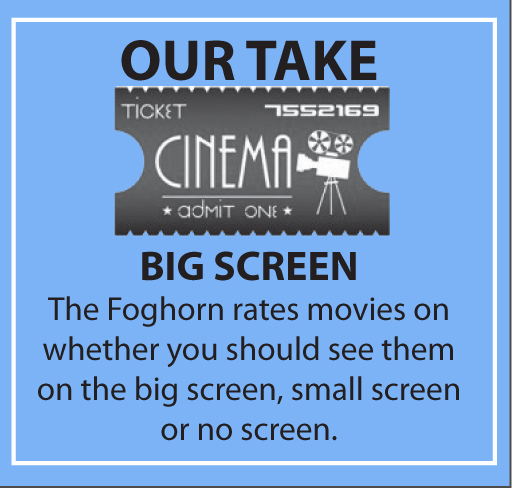