Marvel actress Hayley Atwell has returned as the tough as nails Agent Peggy Carter with her own show on ABC. “Agent Carter,” which also stars James D’Arcy, Chad Michael Murray, Enver Gjokaj and Shea Whigham, premiered Jan. 6 to fill in the gap while Marvel’s other show, “Agents of S.H.I.E.L.D,” is on its midseason break.

With Agent Carter continuing the events after “Captain America: The First Avenger” people began to wonder how Marvel can pull this story off. The answer is clear in these few episodes that recently aired and shows Marvel is no joke. 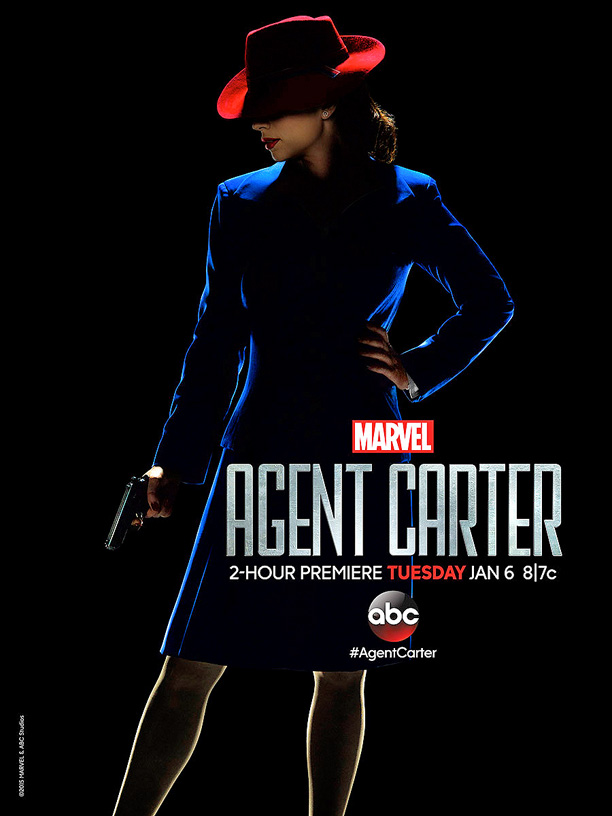 Agent Carter is working as an office worker in the Strategic Scientific Reserve, or SSR, which is run by men — making her the only woman working there. She doesn’t really get any respect and is just viewed as some woman who is only good at filing paperwork.

When Howard Stark (Dominic Cooper) is framed and accused of supplying deadly weapons to an unknown supplier, Agent Carter must clear Stark’s name with the help of his butler, Edwin Jarvis (D’Arcy), and find out not only who framed him but also what this mysterious organization wants with deadly weapons — all while keeping it a secret from the guys at the SSR.

This was Marvel’s biggest gamble as it’s their first show with a female lead, meaning Agent Carter doesn’t need Captain America by her side. Atwell shows she still has it in her and owns the role of Agent Carter and is one of the strongest female characters on screen. Atwell and D’Arcy are a good balance together, and with each having the other’s back, the chemistry is fun to watch. The action and suspense are done well and will definitely have you wanting to know what happens next.

The show also does a good job of tackling sexism in the 1940s, when women got little respect and were just viewed as tools. This was done very well and gives viewers a taste of what that time period was like.

“Agent Carter” succeeds in creating a strong female lead with Atwell back with a vengeance and action that will have you coming back for more. Definitely tune in live to see it; you definitely don’t want to miss out on this show. It airs at 8 p.m. Tuesdays on ABC, and if you need to catch up on episodes you missed you can watch them at ABC.com.

Agent Carter played by Hayley Atwell shows she still has it in her and owns the role of Agent Carter.