Regent Guy Watts believes Del Mar College is swarming with unprepared students and requests they be separated so as to not negatively affect the growth of the so-called best and the brightest. As we do see his point to continue to challenge the well-prepared students with their education, we do not feel it is necessary to isolate them to a single campus.

In Watts’ original letter, published in the Island Moon newspaper in October, he claims that DMC is a “sea of mediocrity” and says the influx of “unprepared” students, or those with GEDs who are taking remedial classes, is related to a growing immigrant population in the area. These statements are insulting and a gross generalization.

Del Mar College strives to help all students achieve their dreams of higher learning, regardless of gender, race, religion, etc. The terminology Watts used in his letter puts students in a discouraging circumstance and frankly is the opposite of what the board is trying to do.

If the college is “swamped with unprepared students,” is there no better way to fix the problem than by separating them from other students? This not only seems harsh, but only fixes problems for the ones already finding school less of a challenge. Watts’ definitions of prepared and unprepared are questionable. When a student decides to go to college and is ready to face life head on, they are, in fact, prepared to succeed. Instead of having board members spend their time labeling and judging students, maybe time is better used as a support and motivational system. 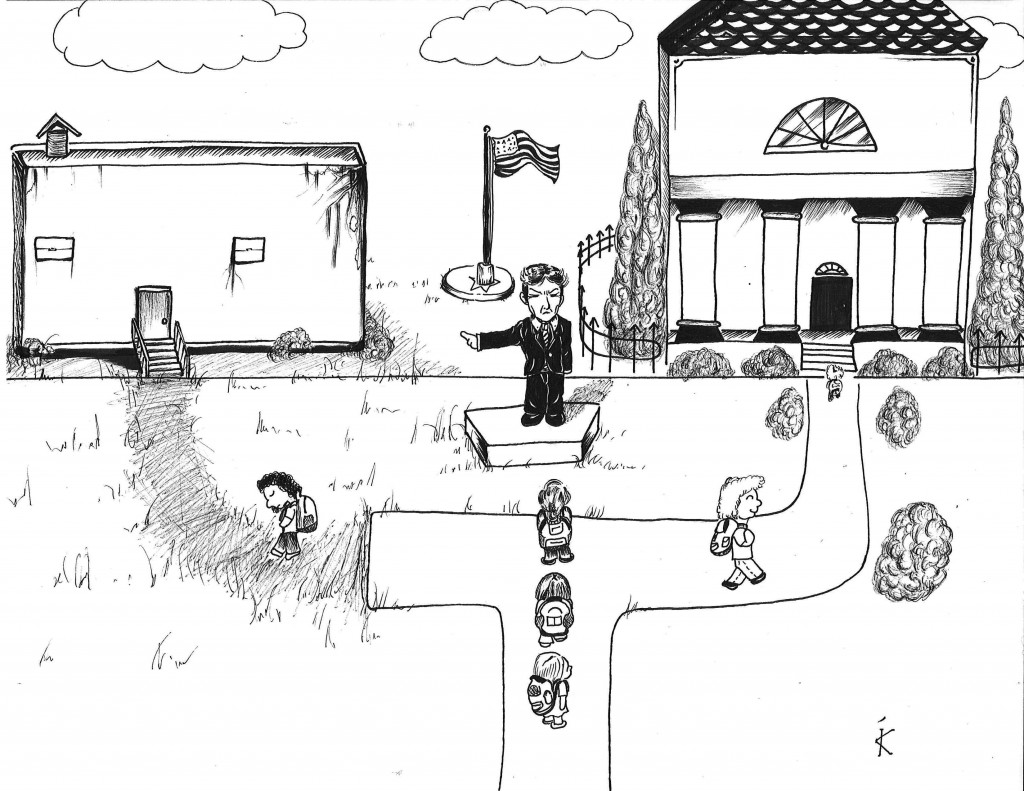 Watts mentions that we need to seek out the bright students and we need to keep them here to run our city. It is no secret that students who rank top 10 percent in the state are rewarded with automatic acceptance to any college in Texas. Offering a student a gift like that makes the competition for student enrollment in a community college tough. We would like to see what Watts’ plans are to recruit the young-minded students who are dying to explore the world awaiting them outside this city. His idea of “future leaders” being those already prepared for college is like seeing the world with one eye shut. Leaders are not always prepared for the responsibilities coming up, and most leaders we know have a story that starts with, “At your age, I had no idea what I wanted to do with my life.” And those are the people our generation looks to as heroes.

Watts talks plenty of what DMC used to be like when he attended. The fact is, 50 years ago, everything was different. Segregation was common, the academic focus was different, the demographics were different, and so was the morality of the city. But with time came change, and DMC, along with the community, has evolved into what you see today. If the college refused change, this college would die. If history has taught us anything, evolution is necessary.

If his proposal were to simply add more advanced courses to the curriculum that would be more acceptable to us. The administration could arrange for classes spread out through the campus without singling out a type, or degrading anyone. Watts’ letter didn’t do anything to support DMC students as a whole, and we feel that the college’s own mission statement says it best: