Staff, faculty and administration got together to bid farewell to Del Mar College Provost Fernando Figueroa on Jan. 27 and to honor his accomplishments at the college. Figueroa, who also served as vice president of instruction, left Del Mar on Jan. 30 to start a new job with the Dallas County Community College District.

Figueroa, who started working at Del Mar in December 2009, said he was very pleased with the progress at the college and that Del Mar has come a long way in understanding its pivotal role in the economics of the community and Nueces County.

“The college is really moving in the right direction. This is a great time for me to hand the reigns over to someone else,” Figueroa told the Foghorn when his departure was announced late last semester. 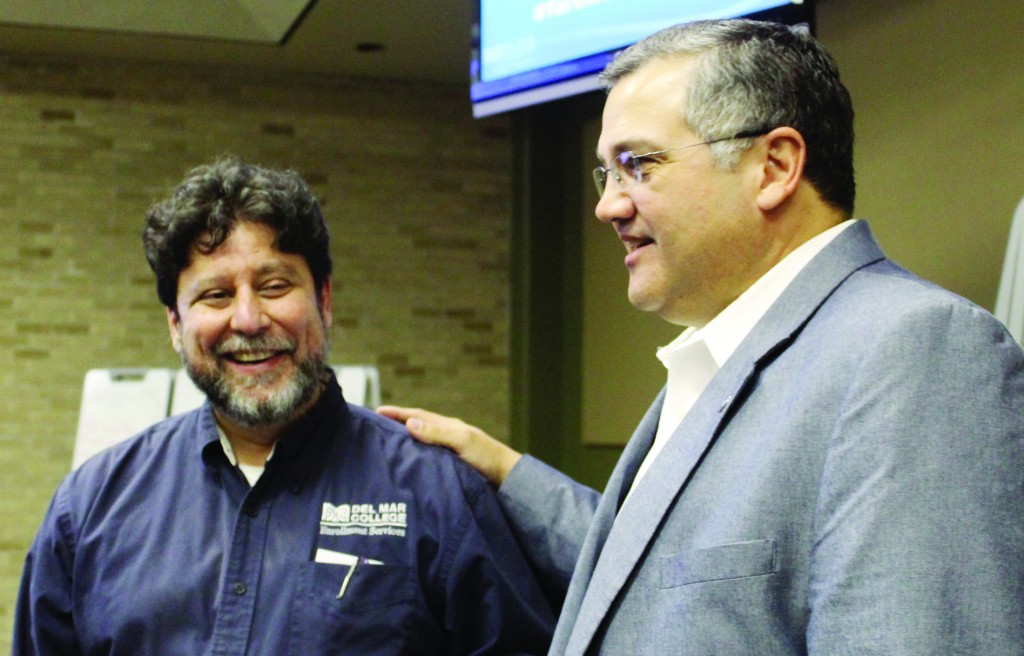 He said at the farewell event that this move is a step forward and he anticipates the new challenges ahead in the Dallas district serving seven colleges.

Figueroa coordinated the action plans implemented by the faculty, staff and students to support student success. At this time there will not be an interim provost. The team members who worked closely with Figueroa will keep moving forward to ensure the future success of the college and new provost.

Del Mar President Mark Escamilla, who has worked with Figueroa in three institutions over 10 years, said he planned to post the position by Feb. 1 with hopes of finding a replacement by May or June.

To round out the farewell event faculty and staff participated in a video clip that resembled an old-fashion roast. It was obvious by the good-humored comments and well wishes that Figueroa will be missed here at Del Mar.