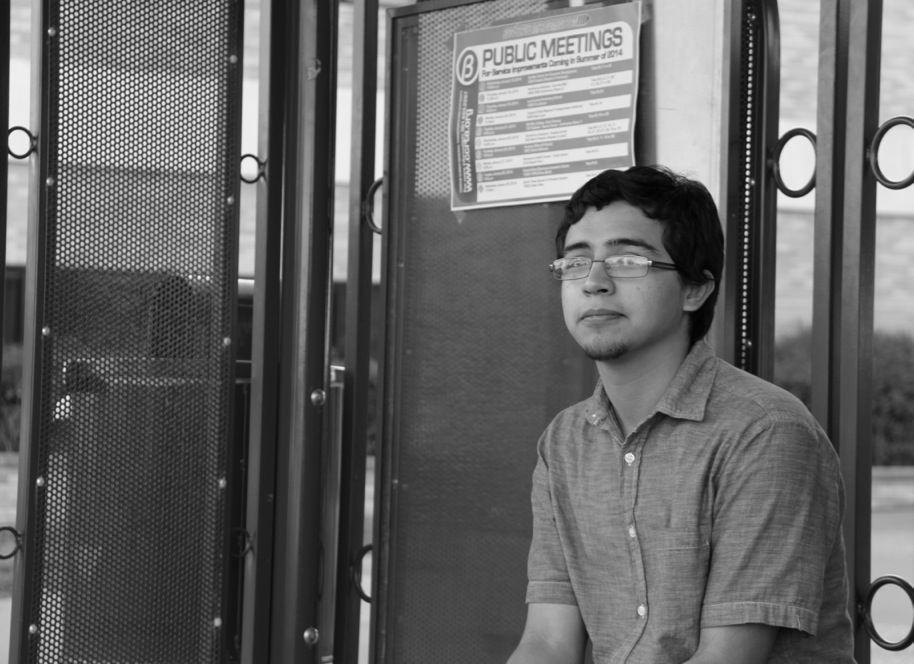 Del Mar College students with a valid college ID can ride any Regional Transportation Authority bus without paying a fare because students pay for the service as part of their registration fees.

Ysaura Perales Magnusson, who is in the physical therapist assistant program, has been taking advantage of the service.

“My car is in the shop, but I’ve already decided to keep riding the bus to and from school, even after I get my car back. It’s free, and I’ve mapped my routes to where I’m never late anywhere,“ Magnusson said.

Magnusson said she has seen only a handful of students using the bus service.

“I’m surprised that more students don’t use the service, honestly, especially because of all the gas money it saves,” Magnusson said.

The Corpus Christi RTA has come up with a 2014 service improvement plan.

Jane Haas, director of marketing for the RTA, said the improvement plan came from a survey that started in 2011.

“Vamonos,” a workshop that started in 2012, invited the community to participate in public forums to help transform and develop transportation routes over the next 20 years in Corpus Christi.

Haas is anticipating the input from the community of Phase One of the multiple phased projects.

“The community has been fully engaged in this project. Bus riders, employees and members of the community recommended to us what they would like to see,” Haas said.

Public and group meetings are continuing to be held to make sure that the data taken from surveys match up to what the community wants.

“The great thing about this improvement plan is that we made it an objective and obligation to hear from the public. This is a plan that will have a lot more service on the streets. So we would be recruiting more bus operators,” Haas said.

The new, improved plan will recommend several operational strategies to improve efficiency and manage increasing demand for paratransit services, according to a news release from RTA. The proposal will also include a financial and implementation plan. The community would also like to see the bus services change from pickups every 30 minutes to every 15.

The plan should go the board to be approved as early as March, Haas said.

Magnusson has not seen the proposed improvement plan, but that does not change her mind on using bus services.

“I like the routes I’m using right now, but it won’t hurt to at least look at the changes,” Magnusson said.

For more information on bus routes and the new improvement plan visit http://ccrta.org/index.html.