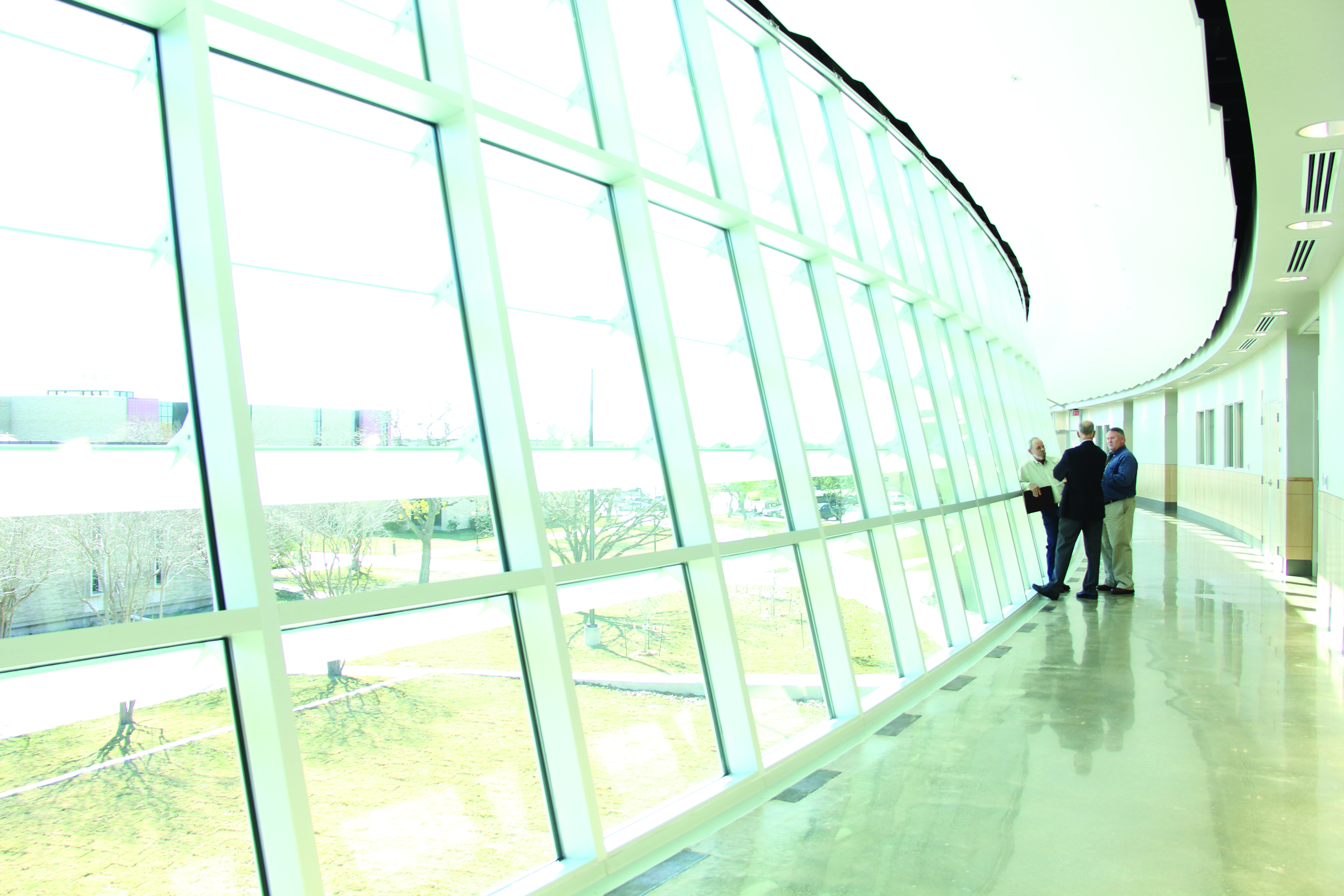 After an $8.2 million renovation, Del Mar has opened the doors of the new music building.

Featuring over 18,000 square feet of new space to prepare students for a career in the music field, the music building sits adjacent to the Fine Arts Center, “bringing the majority of DMC’s fine arts programs together in a complex-like area of the East Campus,” according to a Del Mar College news release.

The goal of Richter Architects, design architects for the project, was to “provide a harmonious architectural counterpart to the related but individual components of the Del Mar Fine Arts Complex,” which includes the music building, the fine arts building and the recent Drama Theatre addition. 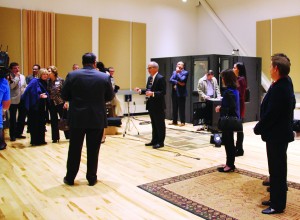 “The project features new facilities and upgrades to existing spaces that set the standard of program excellence as the college plans for the next 50 years,” according to the college’s news release.

“The new addition, which for the Sound Recording Technology (SRT) program means two recording studios and control rooms for those studios, will allow us to make recordings in a quality environment that is optimized for exactly that reason,” said Dr. Paul Bissell, associate professor of sound recording technology.

According to Bissell, students will have an overall better learning experience with the new additions, and it will also allow students more time to focus on their projects and practicing their instruments.
“We have been doing most of the projects already, but the setup and overhead has been high,” Bissell said. “When it takes two hours to set up for a one-hour recording, the time on target is low. Now, we have our own spaces.”

Bissell has recently been setting up recording sessions for faculty as well as students, so they “have a quality objective view of their own playing. No more is the single live performance the only document of their hours of work.” 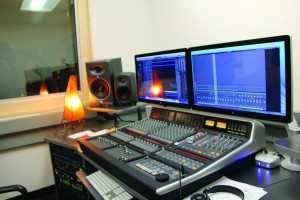 The new recording suites allow students to integrate live performances as well as recording sessions to further their knowledge and accuracy of their art.

“The recording session gives them the ability to have a second chance at a passage that didn’t go so well previously. Live performance is what the Music Department is all about, and that is what is going to be the focus of the studios, but being able to correct a passage that wasn’t the way the performer usually executes it is a powerful tool,” Bissell said.

New classrooms and projectors were also added to the second floor of the music building, along with a “state-of-the-art music technology lab that provides faculty with the ability to communicate individually from the instructor station to each student station in the room,” according to the Del Mar news release.

In addition to the new space in the music building, renovations were also made to the existing building, including new paint, tack boards and lighting in the corridors, integrating the new and old spaces, according to Richter Architects.

Wolfe Recital Hall received a makeover as well, with new carpet and seat upholstery, an updated lighting system, refinished wood paneling and stage floor and new stage curtains.  The Wolfe Recital Hall lobby was updated with a new entry vestibule, new carpet, acoustical ceiling panels and new lighting, according to Richter Architects.  The opening of the new building allows students to increase the passion that they already have for music and the fine arts.

“The new facilities are great,” Bissell said, “but the students have got to want more than good-looking wood floors and a console with moving faders. No one plays the trumpet because it is shiny.”
“The studio facilities are just ‘enablers’ that allow the process of recording, and teaching recording to happen, without nearly as many extrinsic barriers,” Bissell added. “If the look of the space and the technology draws the students in, that is great.”

One of the most noticeable features of the new music building is the sweeping glass concave wall. According to Richter Architects, the wall refers to a metaphorical music staff that can be used as an acoustic backdrop for outdoor performances and “provides a dramatic delineation to campus core.”

Del Mar College’s music program was one of the first community colleges to earn accreditation by the National Association of Schools of Music, and is also the origin of the official Texas Jazz Festival, the Corpus Christi Symphony and the Corpus Christi Chorale. 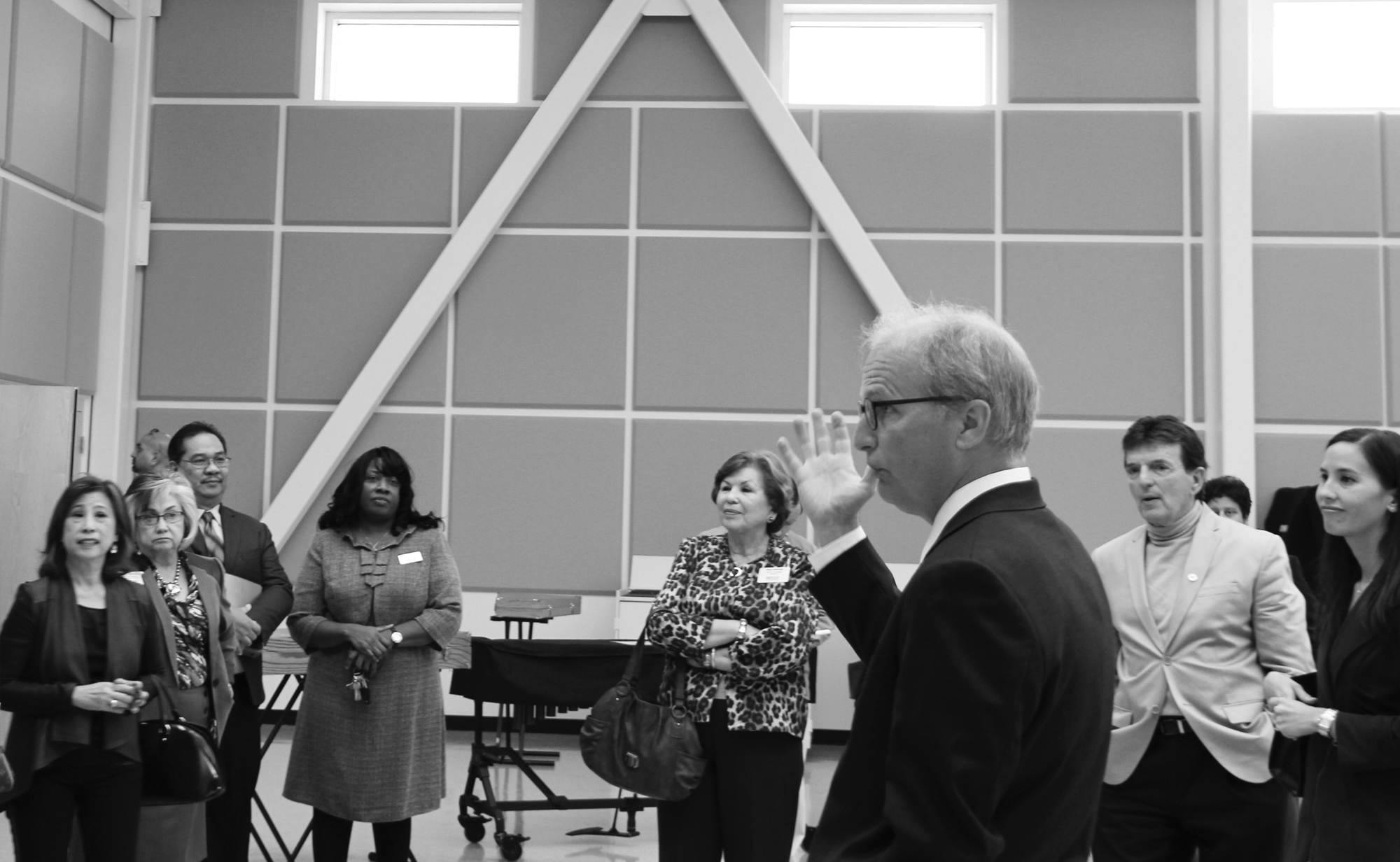