Nervousness set in as I prepared to talk to two members from the band Jake Ward and the Coast Riders. This was to be my first “Tacos with Tera” interview and I was excited because I have been a genuine fan of Jake’s music for three years. Also, I heard these tacos were some of the best in Corpus Christi and, honestly, who doesn’t get excited about tacos?

I sat with Jake Ward at a table toward the back of Taqueria Almeida and discussed the new country sound his band was working on and why that musical switch led him and the Coast Riders to change their band name when Paul Teltschik (lead guitar/vocals) walked up and introduced himself.

Tera: How did you come up with the band name?
Jake: We started out as Elise and that worked while we were an alternative band but we kind of didn’t like it.
Paul: It sounds pretentious.
Jake: Yeah, it does and when we switched to country we decided to change it. It was actually Paul who said, (Jake mocking Paul’s voice) “Jake Ward and the Coast Riders.” Me and our drummer at the time laughed at it and thought it was really stupid. Then about five or 10 minutes later we came around to the idea and it just kind of stuck.
Paul: I said it as a joke in the car and now everyone loves it. I guess that’s kind of how band names happen.
Jake: You just sort of barf them up. Blah! Blaaaaah!
Paul: Good sound effects.
Jake: I know, I like to consider myself a philosophizer.  Philosopher?

Tera: What is your most embarrassing experience at a show?
Jake: Well I break a string at every show so there’s that.
Paul: Dude, that Wiggy’s thing where your guitar was a whole step down.
Jake: Oh OK! Alright, so our first drummer, who’s also our best friend, got married and the night he got married we played at The Executive Surf Club and umm …
Paul: Earlier that day, during the reception we (gesturing to Jake and himself) played “Marry Me by Train.” To make it easier we tuned the strings down a whole step on the guitar and completely forgot. We’re on stage, ready to go. Jake is like “one, two, three …” and starts playing by himself and then we come in and it sounds terrible.
Jake: Like horrible.
Paul: Immediately it hits me. I’m like, “Oh … this is bad.”
Jake: The funny thing is our bass player at the time played one note, heard that it was bad, stopped playing and just stared at his bass.
Paul: We had to stop the song.
Jake: We stopped and I said into the mic, “Just kidding.” The room was packed that night too. I put a capo on, kept going and it sounded good.

We took a small time out from the interview to place our food orders. I asked for a beef fajita taco and then let the guys place their order.

Paul: Can I get a taco?
Waitress: What kind?
Paul: Oh (turns to Jake). What kind do I get?
Jake: Dude, get a bacon, egg and cheese.
Paul: OK, what he said.
Jake: What’s wrong with you?
Paul: I don’t know. When I go to Taco Bell and ask for a taco they just give me one.
Jake: OK so yeah. That was our most embarrassing on-stage moment I would say. We came back strong though and pulled it off but it was pretty bad. We really wanted to play a show there and make a really good impression but yeah.
Tera: Well you made an impression.
Jake and Paul: Yes we did!

Tera: Who are some of your musical idols?
Jake: Dave Grohl. I love him.
Paul: It’s interesting because we like so much different stuff. We have our really big idols and then we have our Texas country idols.
Jake: Well I wouldn’t say I idolized them. Idols to me are like gods and I worship them. I worship Dave Grohl. He’s the guy that got me into a lot of stuff. We idolize Cody Johnson. Wade Bowen is definitely up there. I love Dierks Bentley. The Maine! They are the reason I started writing music. 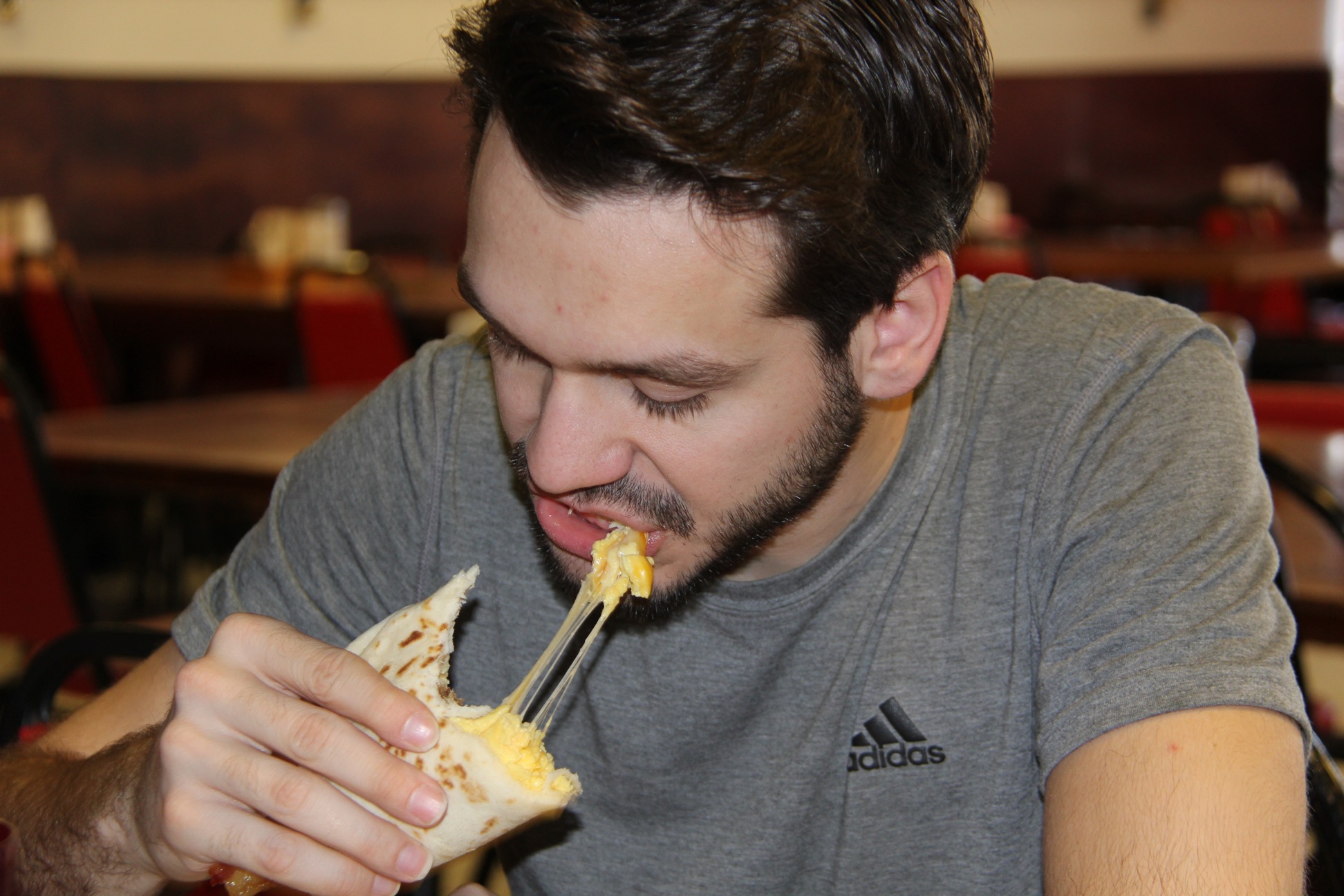 Our tacos arrive at the table.

Paul: That all looks awesome.
Jake: Bacon, egg and cheese is what’s up.

Tera: What are your rehearsals generally like?
Jake: We practice in a garage.
Paul: Lately it’s a little scattered because we have been going through a couple of drummers.
Jake: Have you ever seen Spinal Tap? That’s what it’s like for us.
Paul: For the most part we show up, play through the songs once and if we do them well, we continue. We don’t then we go back. We try to get in and out. We don’t mess around.
Jake: Yeah, I wouldn’t say we have strict rehearsals but we know what we want to do and we know what we want to accomplish. We rehearse in a dirty spider-filled garage but it’s OK because if we ever make it past this stage, which hopefully we do, it will really make us appreciate where we came from.
Paul: We are a legit garage band. This is a pretty delicious taco.

Tera: What kind of message are you trying to send with your music?
Jake: I think bands that say they have a message are lying. I mean, my message would be, “Come hang out and have fun at my show.”
Paul: I want our band to put on a really great show. I want our fans to have a really good time. If you’ve ever been to a country concert you’ll see that people are dancing, making jokes, having drinks and just really enjoying themselves. It’s just a lot of fun. I want to live in that environment and as a band I want to make that environment.
Jake: We don’t really have a message. I hate when bands try to get political, or religious or anything like that. We just want people to have a good time and not worry about us blurting out random political views during the show.

Tera: Final question. How’re the tacos?
Jake: I already ate mine. It was delicious.
Paul: (With a mouth full of food) Yeah, delicious.

The big portions are worth the price and I can honestly say that the three of us left the restaurant with full stomachs and smiles on our faces. 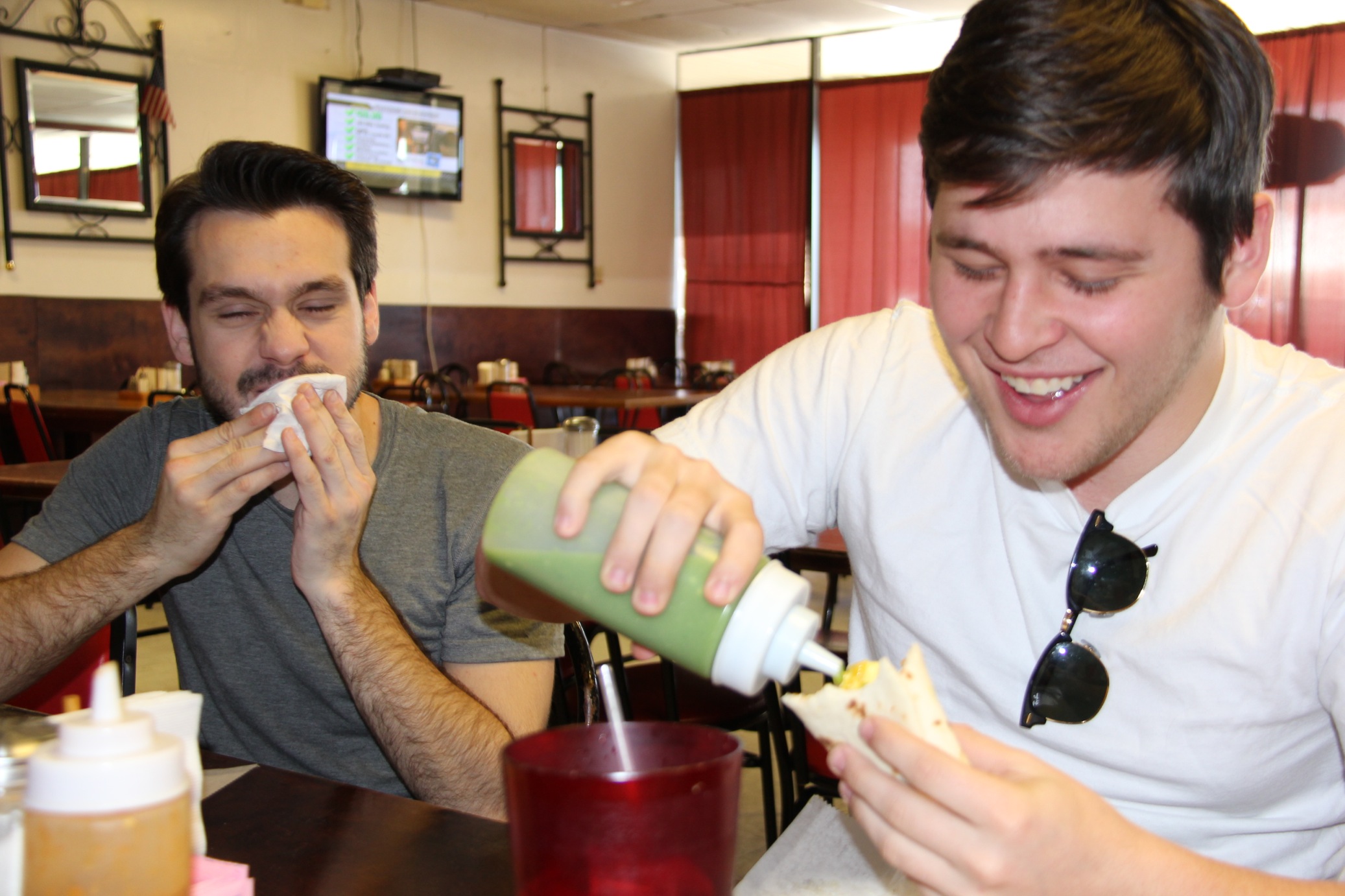